Step Inside GrayBarns on the Silvermine River 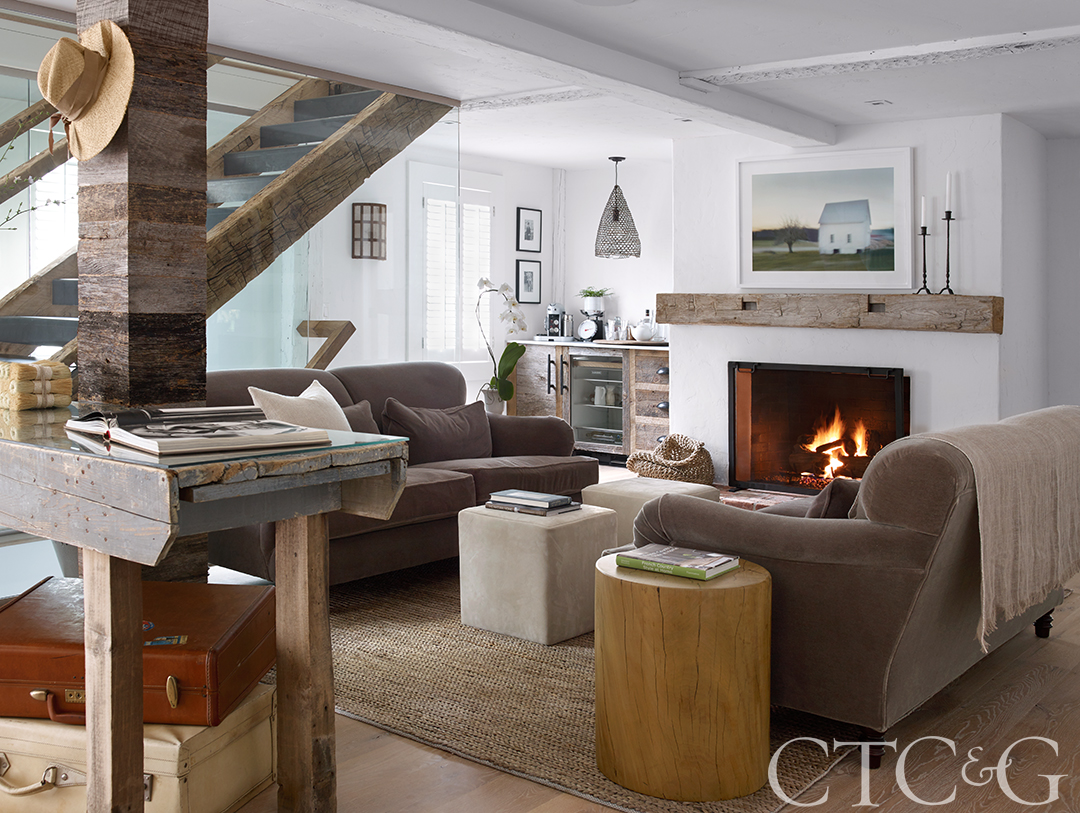 From gristmills to hat makers, many of Connecticut’s early factory sites have struggled to find a modern purpose. Georgetown’s 19th-century wire mill, for instance, remains a compound of handsome but crumbling redbrick buildings; Bridgeport’s Remington Arms factory was demolished. Happily, Silvermine, an enclave with sections that include Norwalk, New Canaan and Wilton, is adding an exciting new chapter to its story, thanks to the reimagining of what was once the Silvermine Tavern. And thanks, more specifically, to Glazer Group, the genius partnership behind the new GrayBarns on the Silvermine River, which includes a village comprised of four homes (all sold) with an adjacent events barn, the GrayBarns Inn and Tavern, the soon-to-open Mercantile, a store and coffee bar and a spa. While expansive in its scope, the GrayBarns motto is a simple one: It looks to provide “a haven of refuge” for both busy New Yorkers seeking a relaxing weekend in the country, as well as an enriching environment for the local population.

To back up a few centuries, Silvermine actually started as humble stagecoach stop. Then came a series of mills, including a textile factory that was refashioned into the Silvermine Tavern. In the early 1900s, an artist’s community added to the village’s vitality—a legacy that lives on, thanks to the Silvermine Arts Center just down the road. During Prohibition, the property housed a speakeasy, evolving into a lively hot spot for the literati and film stars who would motor up from New York City on the weekends. As proof, the new GrayBarns Inn keeps under glass thank-you cards from the likes of Mr. and Mrs. Arthur Miller and Lauren Bacall. Elizabeth Taylor and Eddie Fisher are said to have honeymooned at the inn; and the Kirk Douglas family was said to spend Christmases there. For generations, the Whitman family ran the place, hosting countless weddings and wakes, as well as lively jazz evenings and delicious brunches.

“Nearly everyone in the area has a story about the old Silvermine Tavern,” notes Andy Glazer, principal of Glazer Group.

Then, during our most recent recession, came a fallow period for the entire complex. In 2015, Glazer Group purchased the property. And, in truth, it needed someone like the Glazers—including Andy’s wife, designer Marsha Glazer—with their deep and varied experience reinvigorating historic commercial buildings, as well as building new homes, designing and operating restaurants, and more. Rowayton’s circa-1846 Winthrop House—a once-shabby hotel, now a grand building housing several luxury residences—is one such Glazer Group project. 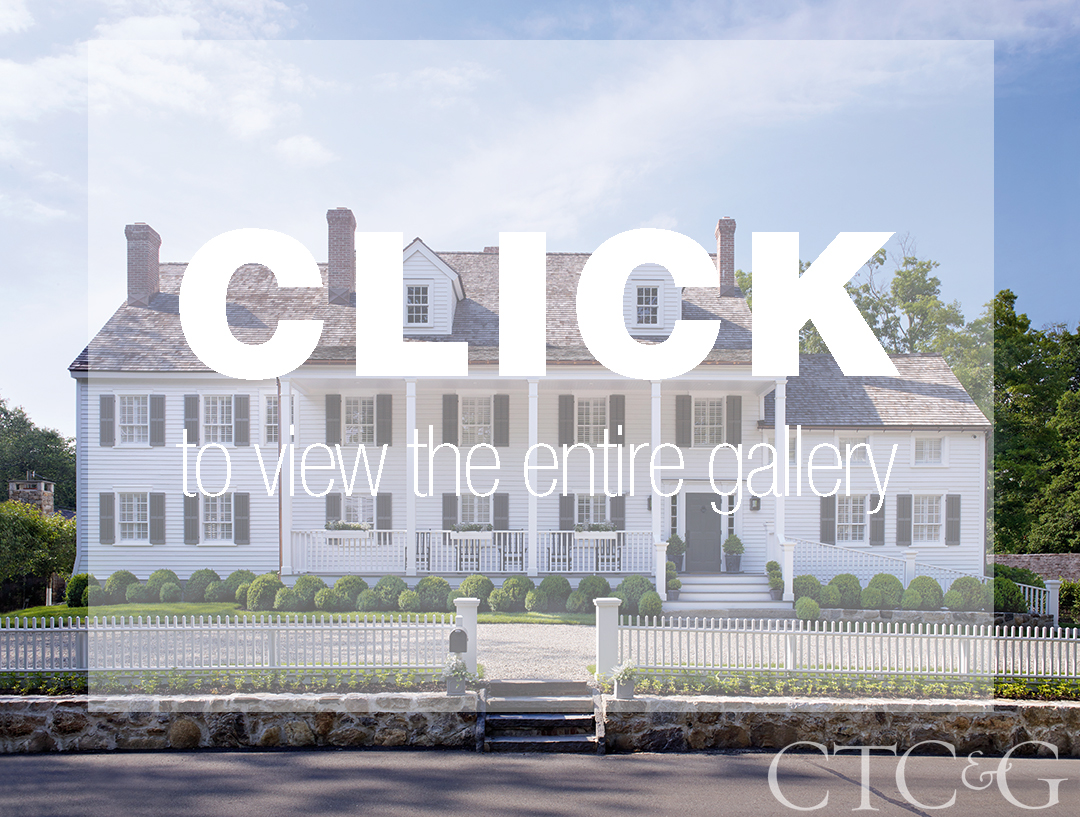 The motivation behind the GrayBarns project is more sweeping than just Silvermine. Because the classic American inn is “a dying breed,” the Glazers look forward to taking on additional inns in the Northeast that are in dire need of the same reinvigoration.

“If there’s a theme to our work, it’s saving what we can save, improving what we can improve,” notes Andy. The family team—including daughter Nikki Glazer—also has the requisite patience and passion for revitalizing historic properties, with prep work that can be likened to an archeological dig. You use a spoon, not dynamite, to clear a site. And you’ll never know what you’ll find. So committed was the Glazer family to a sensitive approach in Silvermine, they bought, converted and moved into an antique mill building just a stone’s throw from the inn. “We needed to live on site,” says Andy, adding that they make dozens of decisions per day on what to do about an oddly placed supporting beam here and bowed-but-charming wall there.

Today, the newly opened GrayBarns Inn and Tavern stand as testimony to the Glazers’ labor of love. The inn now has six soothing and spacious king-sized suites—down from the original 14 guest rooms—each one featuring luxe lounge spaces and a curated collection of furnishings and fixtures in high-end and high-touch materials, from the velvet-upholstered sofas to the salvaged barnwood cabinetry, much of which was designed and built by the Glazers and their team. Similarly, the tavern’s dining room once sat 250. It now seats 100. Together with architect Ed Clemente, the Glazers adapted the layout to “serve today’s needs as opposed those of the past,” Andy says, even if that means serving fewer diners—or constructing custom furniture to fulfill their vision.

“Our punchline is, ‘oh, we’ll just make it ourselves,’” says Andy of their tendency to dream up the perfect piece, find it doesn’t actually exist, and end up fabricating it on site. Local artisans were tapped for other amenities, including lighting designer Patty Moore, who created many of the custom fixtures throughout.

Marsha also had a hand in designing the gardens, including a kitchen garden, and the interiors of the tavern, which harvests the garden’s bounty. James Gersten of Silver Street Hospitality and Executive Chef Ben Freemole helped create the tavern concept and have crafted a seasonal menu of elegant comfort food featuring locally sourced ingredients. The inn had a soft opening over the summer, with a full opening slated for early September.

As they put the finishing touches on the property, the Glazers are sanguine about the time and resources they’ve lavished on every square inch of the GrayBarns compound—the painstaking planning, the restoration of floorboards and ceiling beams, the hunt for artisan-made amenities. “In truth,” says Andy, “we don’t know how to do it any other way.”