Talk about a home with a story. Known as the Hurst-Pierrepont Estate, this Gothic mansion was designed by Alexander Jackson Davis, the same famous architect who devised Federal Hall on Wall Street. The current owners were passionate about Davis’ work before buying the Hudson Valley home, a huge motivation for the acquisition in fact. Now, they are ready to pass on the stewardship of this circa-1867 masterpiece for $4.95 million.

It’s impossible to fully appreciate this 10,626-square-foot manor without knowing its past. Edwards Pierrepont commissioned it to be his Garrison, New York country home. While this name may not ring a bell, Pierrepont was so important in his time that he was in the room when Abraham Lincoln signed the Emancipation Proclamation. 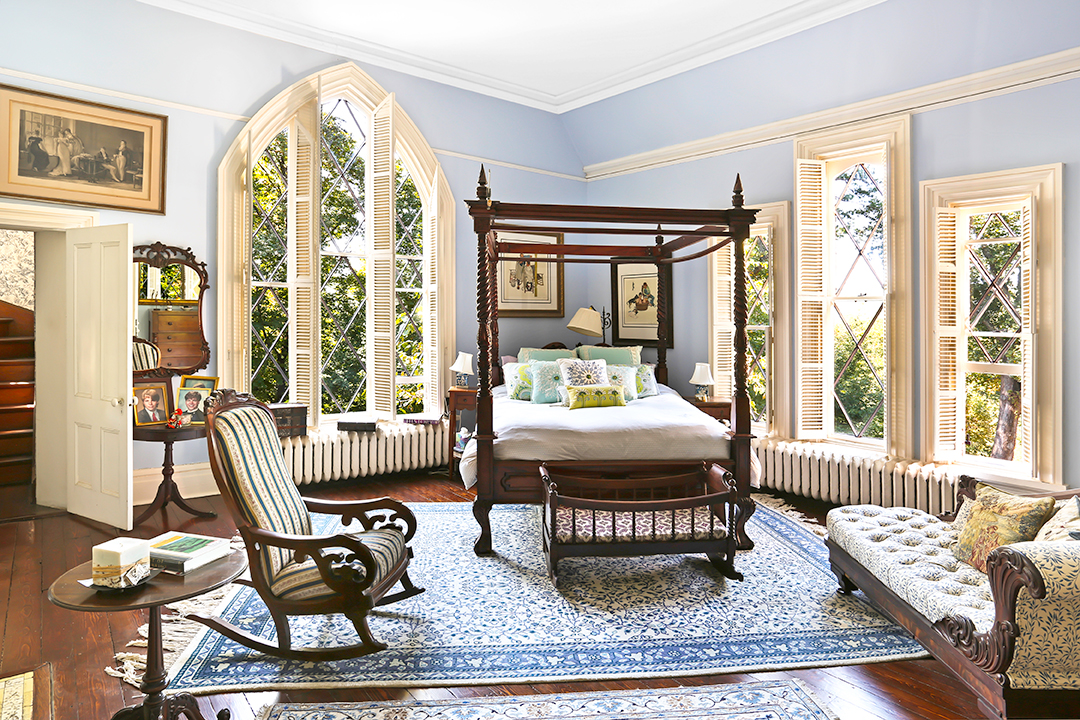 Pierrepoint later joined the Committee of Seventy, which brought down the corruption of Boss Tweed’s Tammany Hall Ring in New York City. Soon after, President Ulysses S. Grant made the known reformer his US Attorney General and then US Ambassador to England.

All the while, this home stayed in his possession and then belonged to his family until the 1970s. Pristinely preserved, the only significant changes occurred in order to update the kitchen and add indoor plumbing. Of course, these are welcome modernizations.

From the cathedral ceilings to the bay windows, every architectural detail captivates. The almost 20 acres offer boundless beauty as well. A forest grows in the front, while a working estate with gardens and rolling meadows rules in the back. The barns, carriage house, and pool also find space.

Listed with Craig Watters of Coldwell Banker Realty, touring the Hurst-Pierrepont Estate may feel like a fascinating history lesson. Watters serves on boards for both the Putnam History Museum and the F.A.R. (Friends of the American Revolution) at West Point.