Galleries and collectors are recognizing that graffiti has evolved far beyond the writing on the wall. 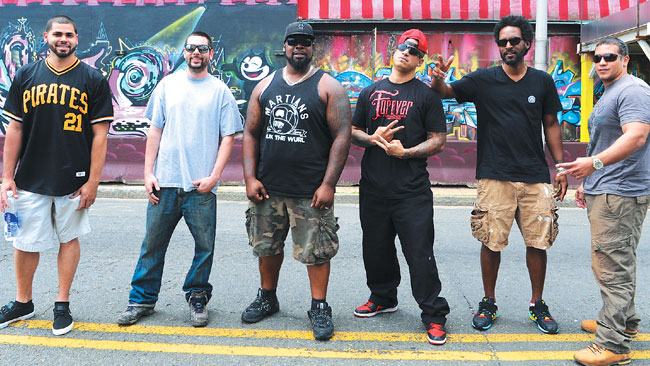 A global street-art phenomenon is taking the world by storm, but not by surprise. Decades before this multifaceted art form was so openly welcomed into museums, galleries and private collections, graffiti artists (or writers) were labeled outlaws for spray painting their tags on the trains, walls, tunnels and pages of history. Early graffiti pioneers like Stay High 149, Taki 183, Cornbread and Phase 2 supplied the blueprint for present-day street-art icons like Banksy, Shepard Fairey, Mr. Brainwash and a multitude of next-generation street artists to launch their own careers.

Although most major US cities lay claim to a particular style or contribution toward graffiti’s evolution, the Bronx is universally recognized as the mecca and birthplace of graffiti culture which along with BBoying (break dancing), MCing and DJing, comprise the four major elements of a broader hip-hop culture. As the visual (art) component, graffiti have played an essential role in fusing underground with popular culture. 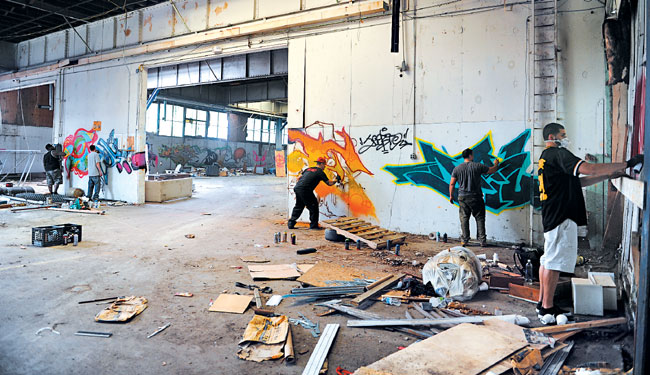 Connecticut’s proximity to New York has always granted its residents first dibs on trends and culture coming out of the big city. As graffiti culture expanded from the boroughs of New York, one of its first stops was Connecticut. Writers from Hartford to Norwalk caught on early and developed styles in tune with New York influences. The absence of subways led Connecticut writers to hone their skills in the tunnels and underpasses of Metro-North and on freight train lines that cross the state. Abandoned factories of postindustrial urbanized cities like Bridgeport became hidden galleries where crews of writers could execute large-scale mural productions that eventually spilled over into the city’s landscape. One such crew (the Die crew) has been painting as a collective for several years, with its core members ES, Drue, Pacer, Geli and Revenge producing some of Connecticut’s most legendary pieces. In the past few years, the Die crew has been responsible for two of Bridgeport’s landmark productions, a tribute to circus visionary and Bridgeport resident P.T. Barnum and a thematic resurrection of the historic Majestic Theater. Both projects received support from Mayor Bill Finch and the City of Bridgeport, as well as praise from an admiring public, ushering in what could be signs of new development and renewed hope for an otherwise desolate downtown Bridgeport. 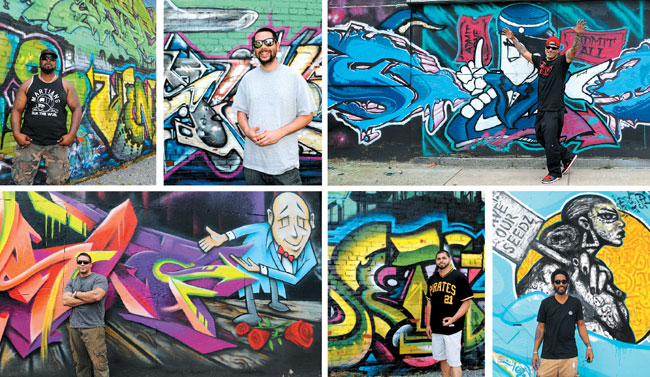 In addition to their civic activities, the Die crew remains a well-respected pillar in the graffiti community. Acting as diplomats of sorts, they’ve hosted world-class writers like Cope2, Wane, Terrible T-Kid, Ces, Bus, Yes2, and Tats Cru writers Bio, Nicer and Dmote at “piecing” sessions that established Bridgeport as a go-to stop in the graffiti atlas. In fact, ES was a guiding custodian of the now defunct, semi-secret location known as Fame City, home to more than a decade of local and international artists’ murals. Remnants of a character from the German writer Can2 are still visible among the dilapidated layers of paint that reveal Fame City’s significant past. Members of the Die crew often speculate on the great potential that revitalization of Fame City could hold for the City of Bridgeport and the arts community as a whole. They cite numerous examples of how a central, public, legal wall forum would actually curb illegal graffiti and allow up-and-coming talents to develop their skills in the company of “Kings.” 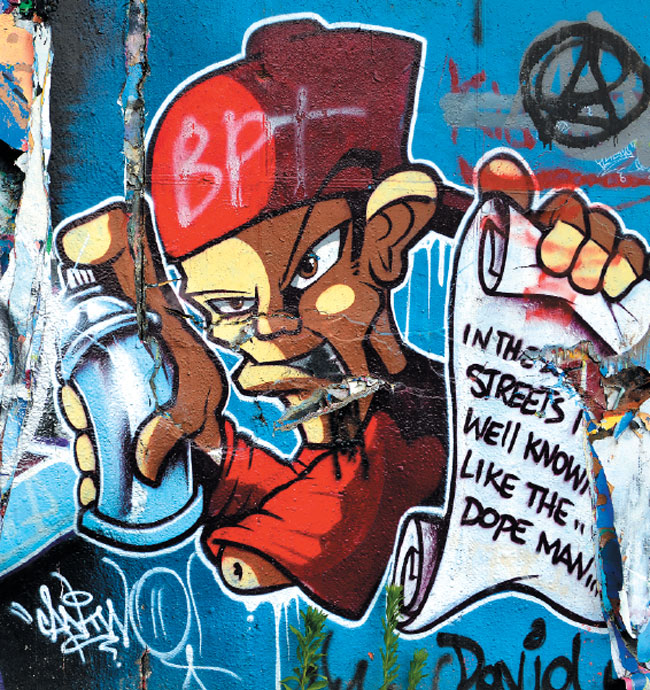 Though the verdict is still out on what differentiates street art from graffiti, nuances in technique, subject matter and social politics are the only barriers that keep the two genres from melding into one creative entity. As the street-art craze rages on, so does the multi-million-dollar industry created in the wake of its popularity. New spray-paint companies like Montana, Ironlak and Belton have revolutionized the market, while a vast array of previously unobtainable “urban” art supplies are now readily accessible in stores. And more than in any other period, graffiti artists are capitalizing on their craft with large-scale commissions, gallery shows and growing support from collectors who truly respect the culture.