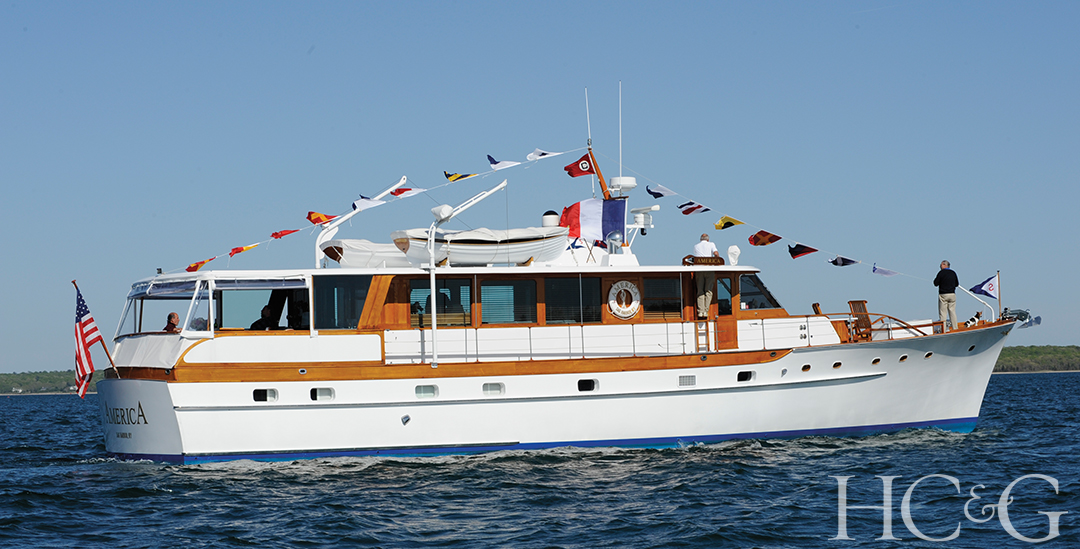 Looking for a luxury residence on the water? Nothing comes closer than a yacht—particularly the newest breed of superyachts, sleek sanctuaries that can set you back anywhere from $160 million to $800 million, far more than the priciest homes in the Hamptons. And that’s just the beginning. Summer-season transient dockage fees at the Sag Harbor Marina are $6 per linear foot per day, meaning the cost of a weekend stay in the Hamptons in, say, your own 150-foot boat will clock in at about $900 a night. 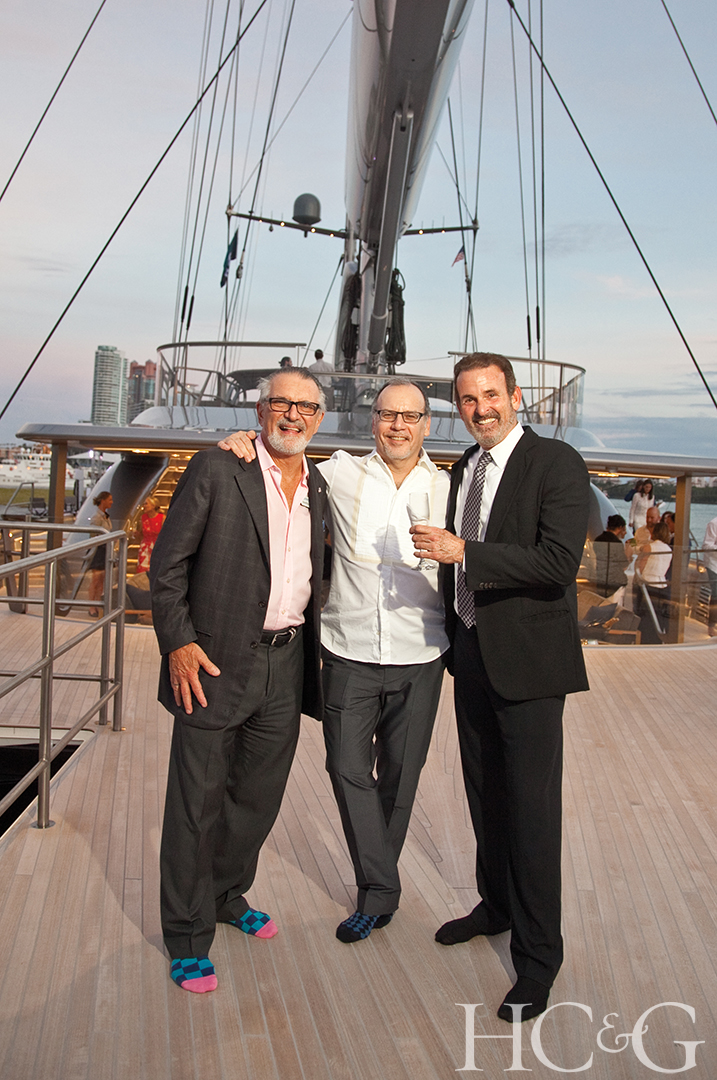 But even for longtime landlubbers, being on the water is worth it. After selling his two homes in Sag Harbor, American Hotel impresario Ted Conklin bought a 75-foot vintage Trumpy called America in 2008 and has been summering at the Sag Harbor Yacht Club ever since, describing the boat as his “floating pied-à-terre” while he runs the show at his hotel. “There are three staterooms, an ample salon, and a foredeck uniquely large for a 75-foot Trumpy houseboat,” he says. “It’s perfect for charters and entertaining, and in the fall we travel up the Hudson before making our way to Florida for the winter. What could be better than visiting friends up and down the coast and exploring America on a Trumpy?”

Although they spend much of the winter at their Palm Beach home, interior designer Kevin Byrne and art dealer Will Ameringer return to the Hamptons each summer on Ocean Park, a 35-foot Hinckley motor yacht, which they sail up the Intracoastal every spring and use mostly for cruising due to its relatively diminutive size, opting to overnight in their bungalow at Watchcase with “the salty dogs,” their trio of terriers. But their yacht often doubles as a guesthouse for friends. Inspired by (and named for) Richard Diebenkorn’s “Ocean Park” paintings, the boat features mid-20th-century-modern decor, including an indoor/outdoor Saarinen table from Knoll and “Lilly Pulitzer–print pillows on the banquettes for a little Palm Beach glitz,” says Byrne. “In Sag Harbor, where living space is at a premium, Ocean Park is more like an extension of our home.” 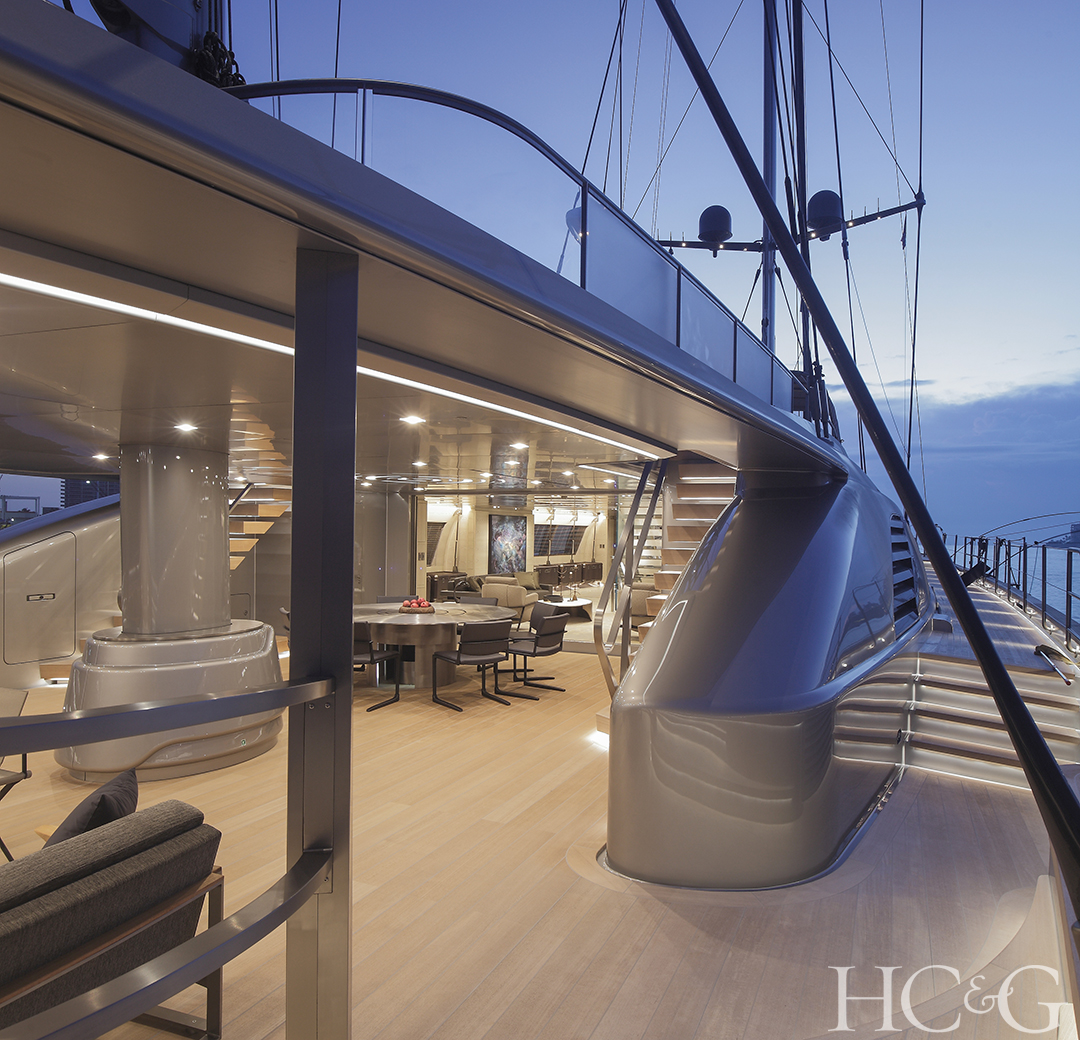 Software mogul Bill Duker owns stunning penthouses in Tribeca and South Beach, but ever since he launched Sybaris, a 230-foot sailing ketch custom-made by Italian yacht builder Perini Navi last year, he most often can be found on the open sea. “From Italy, Sybaris was brought to Miami for Art Basel, and then we went to Cuba, to the Caymans, and to Antigua,” he says, before returning to the Mediterranean for the Grand Prix and the Cannes Film Festival. And Duker’s not stopping there, with plans in the works for a five-year circumnavigation around the world, beginning in the Hamptons. The journey will likely be a pleasant one. The luxurious interiors, by Miami-based PH Design, won the top award in the Monaco Yacht Show last fall and include artwork by Auguste Rodin, Lynn Chadwick, and Roberto Matta. Along with a 10-person staff and a private chef, “the boat has five bedrooms, a gym, and two tenders,” Duker adds. All this luxury comes at a price, however: “It’s expensive. The annual fees to maintain a boat like this one add up to about 10 percent of the cost of buying it. I like to joke that if people really knew how others live on superyachts, they’d bring back the guillotine.”