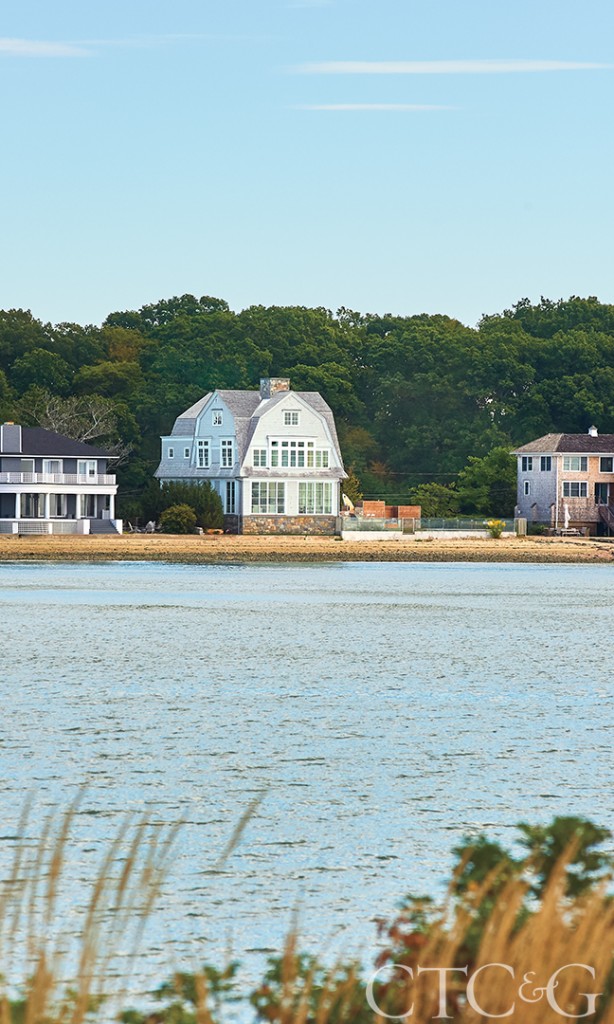 The question was always: ‘Is it going to be perfect?’” Lesley Lowe recalls. The New York–based interior designer, whose umpteenth project with the same clients was this Compo Cove house that she collaborated on with architect McKee Patterson of Southport-based Austin Patterson Disston Architects and landscape architect Diane Devore, is conjuring up the amount of pressure—good pressure!—the clients put on her. Their vision for a Connecticut summer house with room for their family was something “dreamy, warm, neutral,” which seems straightforward until you realize that the beiges couldn’t have any yellows; the taupes couldn’t have any green; and every single finish needed to be…perfect.

Patterson was the design architect for the project and faced significant issues given that the house is accessible only by foot traffic and that the local association exerted a lot of aesthetic input. “It’s extremely restricted, so space is always the issue,” he says. The design challenge was to figure out how to maximize the space, how to work with a fairly straightforward program, how to ensure that the clients had a yoga room (the husband is “very adamant about his yoga”), and how to keep prioritizing the view and access to the fresh saltwater air.

Lowe and Patterson worked closely together—Lowe bringing her experience working with the clients on projects in Montecito and New York City’s Time Warner Center, and Patterson bringing his decades of architectural experience and history of working with the clients on an earlier project. Structural challenges—like where exactly the stairs would go, and a central fireplace that in initial plans bisected the space—were worked through in collaboration between the two and their clients. 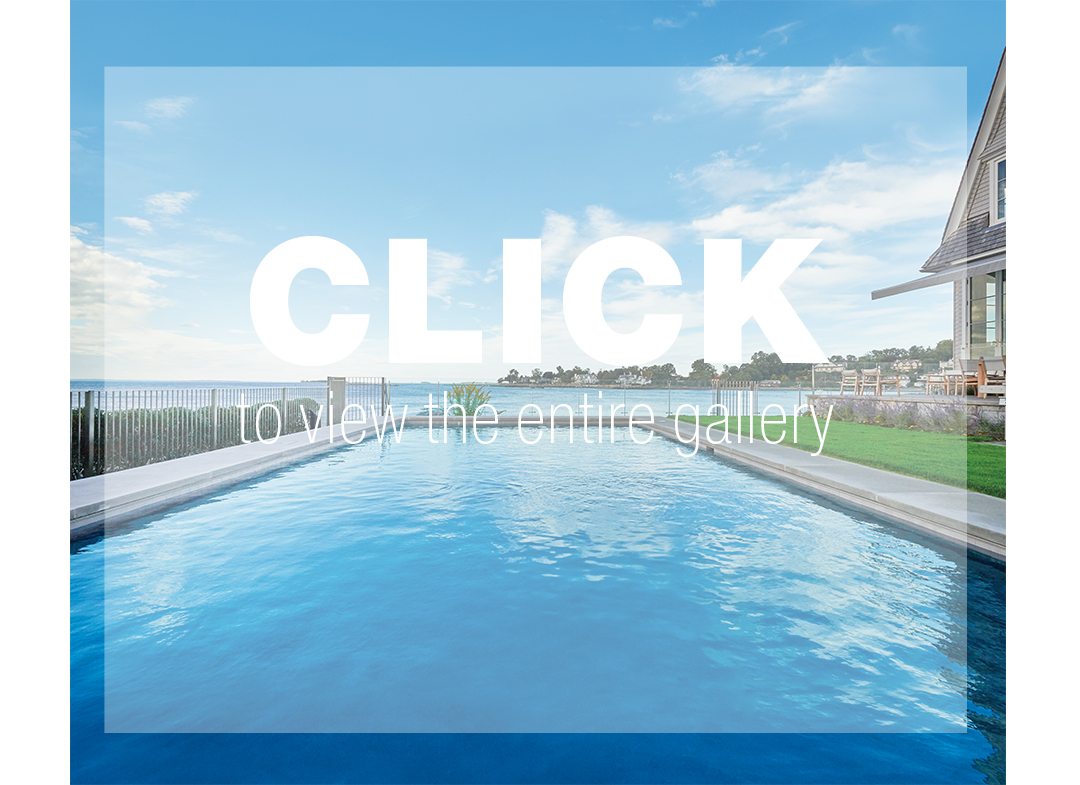 “In many ways, it laid itself out,” Patterson says. The main bedroom went on the second floor facing the water, kids’ bedrooms went into the back, and the living room, dining room and kitchen all connected on the first floor. Reorganizing the layout led to less space on the second floor for bedrooms, which everyone ended up agreeing on.

Lowe points out that the owners wanted to prioritize spaces for gathering over private spaces, which led to their accepting smaller bedrooms in favor of a more expansive lower level, in exchange for moving the staircase to the side. Despite a general feeling of openness, size was an issue. “There’s a very tight limit on how big you can build, and a very tight limit on how tall you can build,” Patterson explains. A workaround was to do two-and-a-half stories, that half-story being a usable space whose exterior shape fits into the classical aesthetic nature of the neighborhood and whose interior houses a movie room.

That sense of airy interior modernism and classical exterior is threaded together in the landscape architecture by Diane Devore of Devore Associates. Her team brought in plants that “were indigenous to the salty environment and that would withstand if the waves came in, or if it flooded.” That hardiness is found in the American holly hedge, some native grasses, a few perennials for summer color, and a limestone terrace because, Devore says, “they wanted something cool underfoot.”

Again working within size limits, Devore created a sense of spaciousness by working with different grade levels, raising the pool and adding grass steppes to create an area where the couple’s children (and their friends) could run around. “The hedge provides privacy, but you don’t even realize that it’s enclosed,” she says.

And that’s where the real success of the project lies. At first, it might seem like a fairly straightforward New England shingle house, with a kicky second-and-a-half story and an extraordinarily gracious interior. But the trick is in how the house ends up looking both like it belongs on its thin strip of site, and also remains utterly contemporary. “It was really a lot of work to do something that looks so simple in the pictures,” Lowe notes. And the client’s response? “I walked in with a punchlist,” Lowe recalls. “She turned around, and said, ‘it’s perfect.’”

A version of this article appeared in the June 2019 issue of CTC&G (Connecticut Cottages & Gardens) with the headline: Picture Perfect.

Step Inside a Coastal Home in Norwalk