Take a Tour of the Historic Wisteria Hill Garden in Norfolk 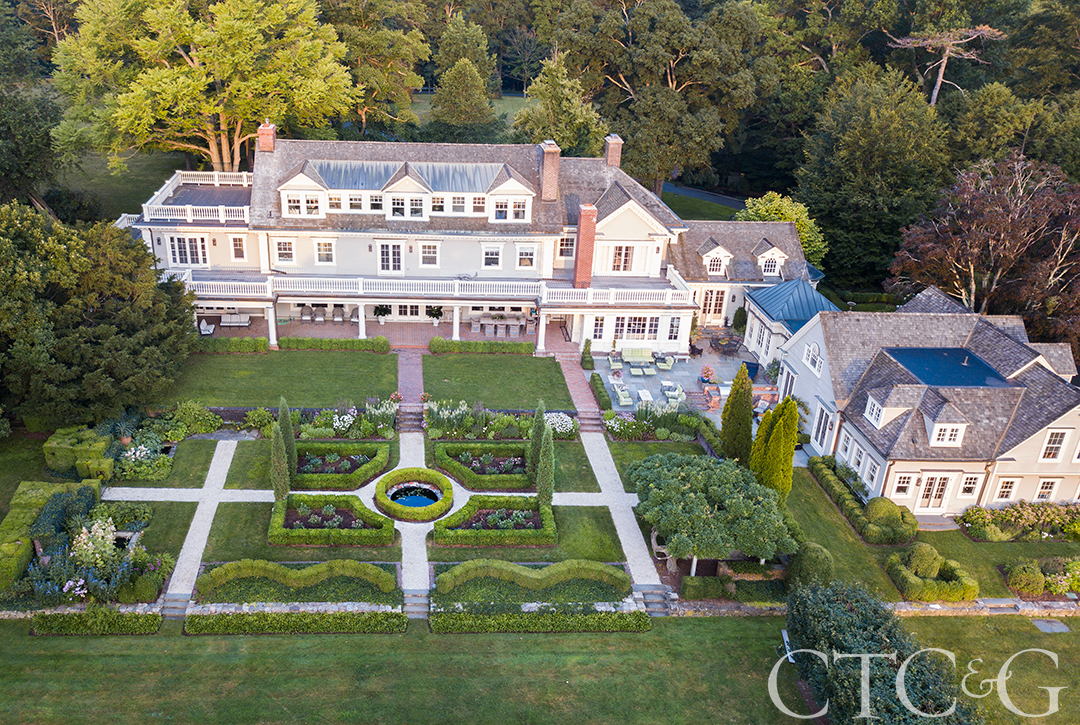 When Diane Bilgore, a North Salem–based landscape designer and founder of D.A.B. Design, first visited Wisteria Hill, the gardens had been neglected for many years. “Some of the plantings had died and others were in total disrepair,” she recalls. “But I could see the original bones—which were amazing. My favorite thing to do is returning old properties to their initial state of grandeur.”

And grand it had truly been. The Georgian-style mansion was built in 1910, set on the highest ridge in New Canaan, surrounded by formal terraced gardens, an apple orchard, tennis court and pool, spread out over more than eight acres. The current homeowners purchased the property in 2010 and started searching for someone who could bring their vision for the property to life. “We wanted to keep the wisteria-covered pergola, which is the namesake of the property,” the husband says. “And the original fountain and koi ponds were other important features we wanted to maintain.” 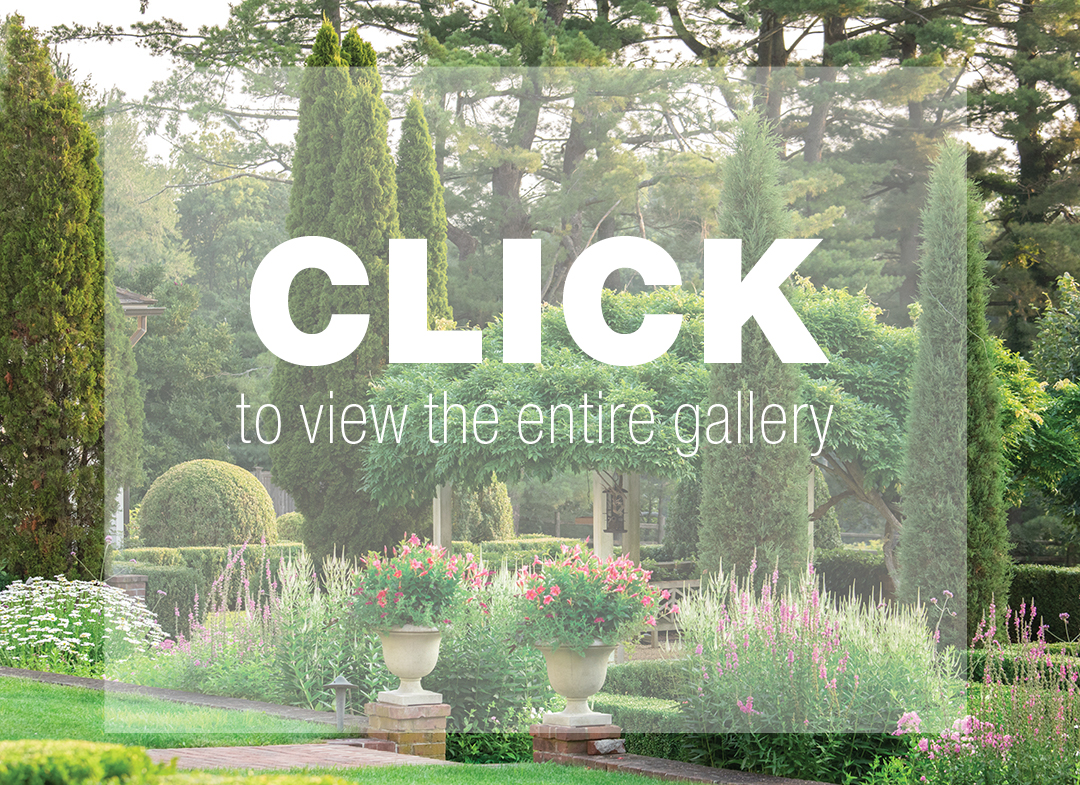 “I like it when clients are involved with the process, and they were definitely integral to the ultimate design,” Bilgore explains. “The clipped boxwood parterre—the centerpiece of the formal garden—was originally anchored by four 12–15-foot-high Alberta spruces (Picea glauca ‘Conica’). While I hate to take out mature trees, these were past their prime. One had fallen, and another was about to.” The husband had wanted to replace them with Cyprus trees, like a garden he had seen in Italy, but Bilgore advised they would not do well in this climate. “As an alternative, we selected Taylor junipers (Juniperus Virginiana ‘Taylor’), which keep their thin shape even as they grow taller,” notes Bilgore.

The boxwood parterres were replanted along with additional boxwood hedges in serpentine shapes. The main garden outside the kitchen was replanted all in white with azalea, hellebore, allium, deutzia and hydrangea. Bilgore typically gravitates to classic colors: white, green and blue, but in the spring, she likes to have fun with color, planting masses of bulbs in deep pinks, oranges and purples.

In addition to new plantings, Bilgore appreciates having a host of mature plants to work with. “Ivy takes a long time to creep and cover, and we wouldn’t have been able to create certain looks if it hadn’t already been here. Over the past six years, we have restored what was originally in the garden and added to the beautiful old bones of the property to bring it back to the standards it once held,” explains Bilgore. “Working on an old estate is like an archeological dig. The deeper you go, the more you find—it’s like discovering the history of the land. I love the old stone steps that are covered in moss and lichen, and we left them just as they were. We found an ancient millstone buried under the pathways in the formal parterre garden, and we’ve been stockpiling all the old brick we find for future projects. The best surprise was an old water feature we found completely covered in weeds off to the side of the property.”

What’s next? The water feature will be restored and Bilgore and the homeowners are in the initial stages of planning a way to connect the existing oval swimming pool to the house. “When this house was built in 1910, pools were usually set away from the living areas,” Bilgore says. “Today, for convenience, they are usually set much closer. But I prefer having the pool be a specific destination. I think a garden should be dynamic, naturally leading people from space to space.” With a property this lovely and expansive, exploration of all its wonders is indeed a delight.

A version of this article appeared in the May 2018 issue of CTC&G (Connecticut Cottages & Gardens) with the headline: Return to Glory.