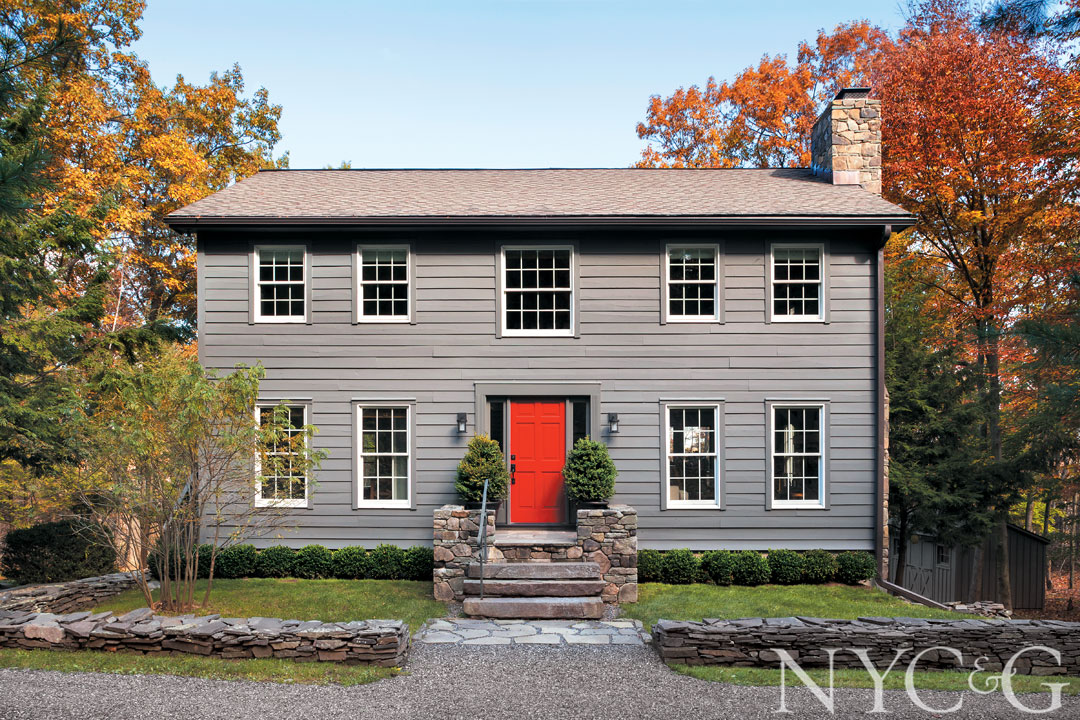 Like many people who shoulder the hectic pace of New York, building careers or launching businesses, designer John Willey has paid his dues. Like many people, too, he eventually needed an escape from it all. “The city takes its toll on you,” Willey says. “Just getting a cab can be hard some days!”

Not that he was an urban prisoner: The decorator had the opportunity to explore more bucolic territory on plenty of occasions, making frequent trips to Connecticut to shop for antiques for his clients. Upstate New York, though, was terra incognita.

As his desire for a country getaway of his own escalated, Willey broadened his horizons, getting to know points north of New York City largely over the Internet (he routinely surfs real-estate websites). Finding the right place, however, still involved a lengthy journey, via both cyberspace and real-time excursions to such upstate towns as Woodstock and Rhinebeck.

One night he clicked on a house that piqued his curiosity, a traditional saltbox on a sizable three acres. Willey decided to pay a visit with his partner, Frederick Aronstein, a technology recruiter, shortly thereafter. “We took a drive and ended up in a beautiful hilly area, a mix of farmland and huge equestrian facilities,” the designer recalls. Their destination: a little town called Millerton, 20 minutes from better-known Millbrook and ten minutes from the New York–Connecticut border.

“The house was a happy surprise,” Willey says of the three-bedroom, two-and-a-half-bath structure that was built in 1990 but appears as if it dates from a century prior. The homes they had seen on earlier house-hunting jaunts needed a ton of work, and “I just didn’t want to walk into a massive renovation project. This house had the vintage charm, without the vintage upkeep.”

The interiors, however, weren’t particularly in step with the serene environs. “It was very ‘country cottage,’” Willey recalls, “with dark wood floors and yellow paint—and the kitchen had green laminate cabinets.” Still, its promise was clear. “The minute I walked in, I said, ‘This is it.’ It was a nice reward for all the years of hard work and dreaming.”

Willey launched his firm, Willey Design, eight years ago and has completed dozens of projects—many of them renovations. The new Millerton house called for just a few cosmetic touch-ups, starting with paint. He chose a chic dark gray for the exterior, punctuating it with a front door painted lipstick red. “Not only does it symbolize health and good luck,” he says, “but it can be seen all the way down the driveway.” He bleached floors and re-stained the banister, then laid down stone countertops and installed a wood and steel island in the kitchen. He ripped out all the bathrooms, fashioning a master bath with a beadboard ceiling and subway tile lined in black grout.

Though one might expect to find the interior decor of a house like this one filled with old family portraits and comfy plaid couches, the designer begs to differ, opting instead for an array of contemporary furnishings and complementary artwork. Take the abstract piece by Julian Chichester that hangs in the foyer: Fashioned from moss-green velvet and white paint, it dazzles just beyond the alluring red front door. “I like things that are provocative and that you can see from a distance,” Willey says.

Because of the house’s sylvan setting, Willey wanted nature to be the focal point both inside and out. He had thought about painting the ceilings a crisp white, but instead stained the knotty pine a warm honey color. “They’re beautiful to look at when you’re lying in bed at night,” he says, though there are competing decorative diversions at play, such as the simple nail-head-trim bed draped with a faux-chinchilla blanket. “We sometimes sleep with the blanket in July, it gets so cool here. In fact, we don’t even have air conditioning in the summertime.” It’s an adjustment Willey’s all too happy to accommodate, now that he has found the ideal country balance to life in the city. “When I first bought the house, I felt a little like the lord of the estate. I’d walk the grounds and say to myself, ‘I own this!’”

A version of this article appeared in the Holiday 2015 issue of (NYC&G) New York Cottages & Gardens with the headline: Northern Exposure. 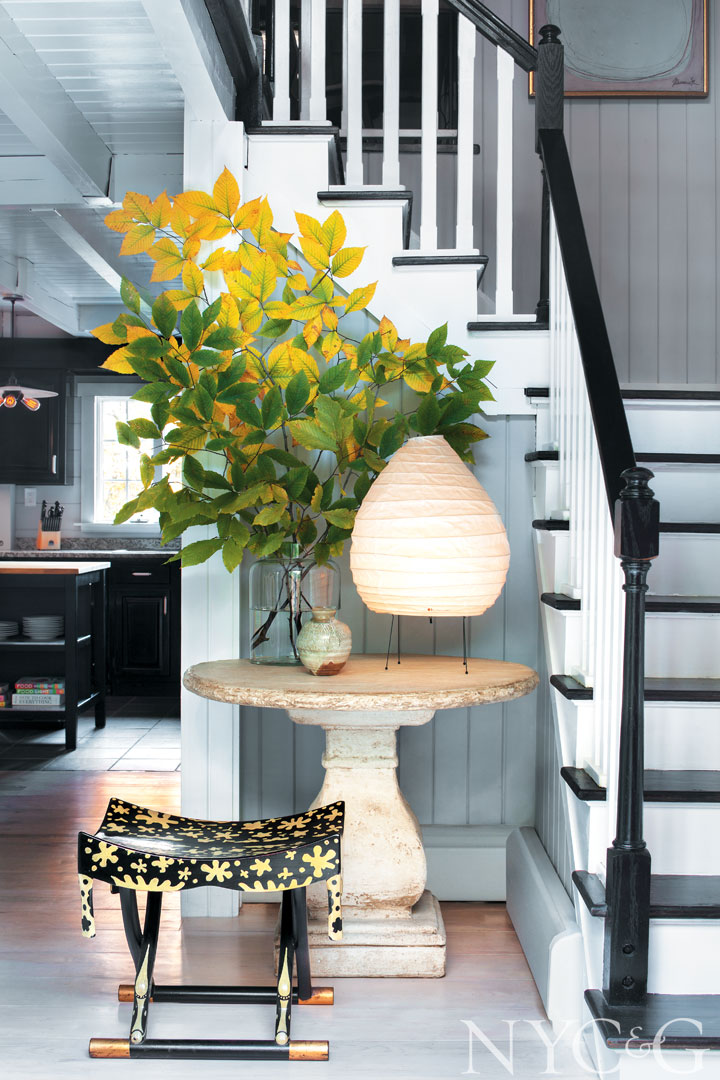 In the entry, a vintage Egyptian-style bench once owned by Jack Lenor Larsen stands beside a French stone pedestal table from Mariani Gardens.