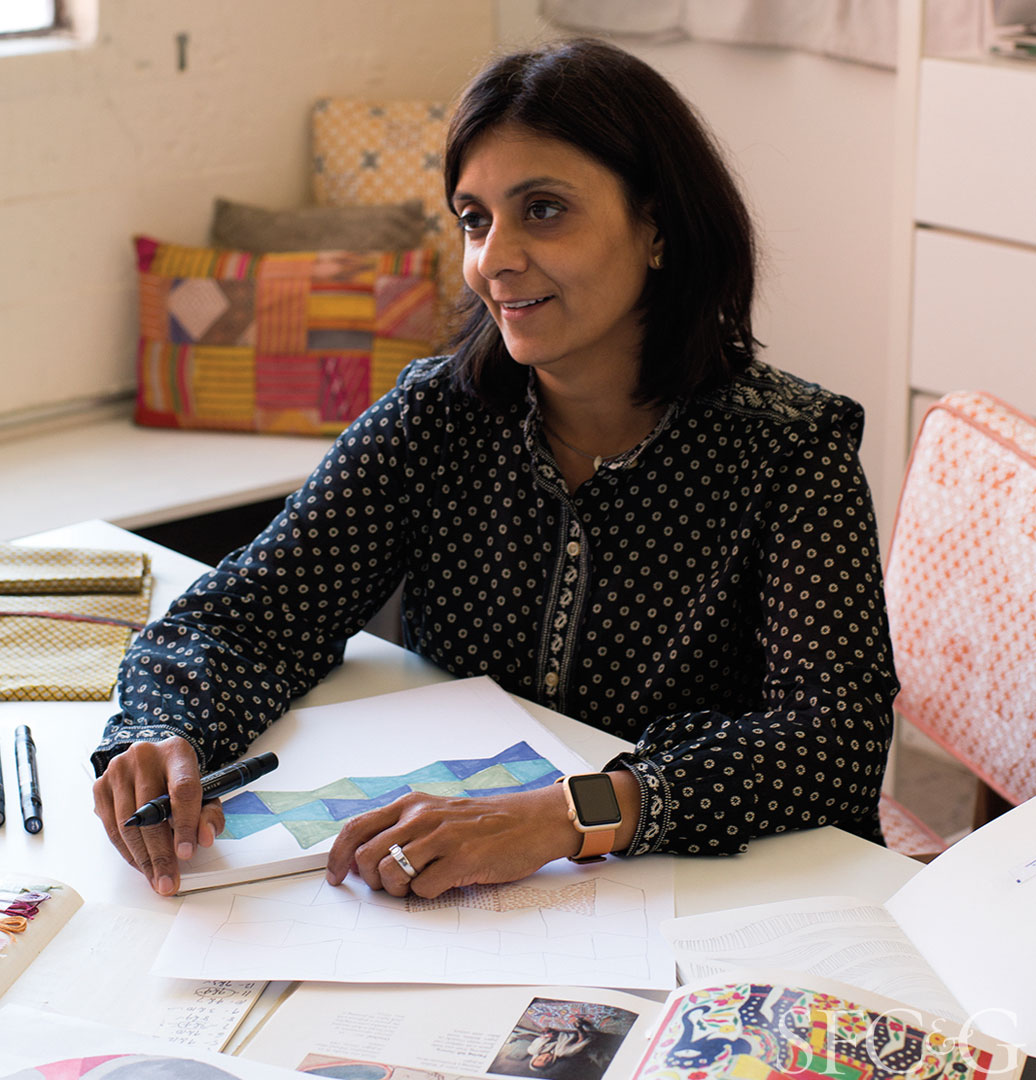 These are the evocatively named colorways designer Seema Krish gave to her new textile collection, "Fog City," inspired by the subtle tones and forms of San Francisco’s landscape. Based in a light-filled studio space in Potrero Hill, the designer likes to dub her unique textile collections after the places that inspired them, and her latest is a love letter to the Bay Area. Its three patterns and four colorways are full of allusions to local architectural environments and landscapes of ocean, hills and sky. The “Pacific” fabric, for instance, has the look of an aerial street view, but Krish also poetically describes it as “celestial,” because of its star-like embroidery. 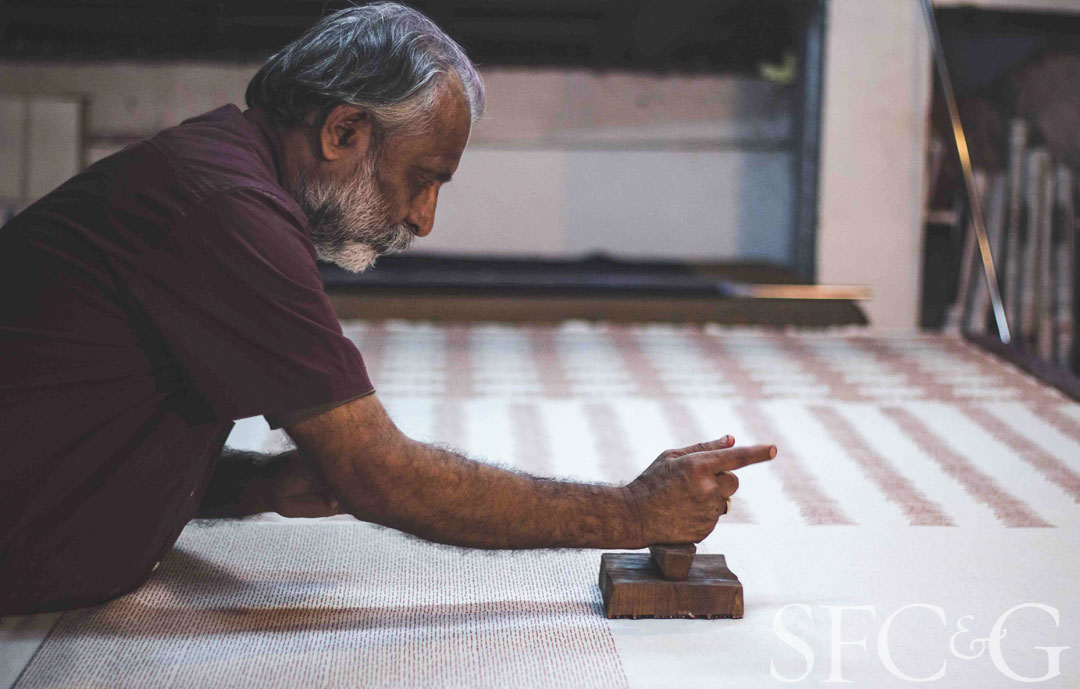 Block- and screen-printed designs are combined with embroidery to form the hallmarks of Krish’s work. “People look to us for that handcrafted element,” she says. Her life and career have exposed her to many global design traditions, which she loves to explore and draw on. There’s the printing and embroidery of Indian textiles, which surrounded her as she grew up in Mumbai; and Japanese design, which exerted great influence on Krish when she went to work there for the avant-garde fabric company Nuno, after studying textile and surface design in New York City. 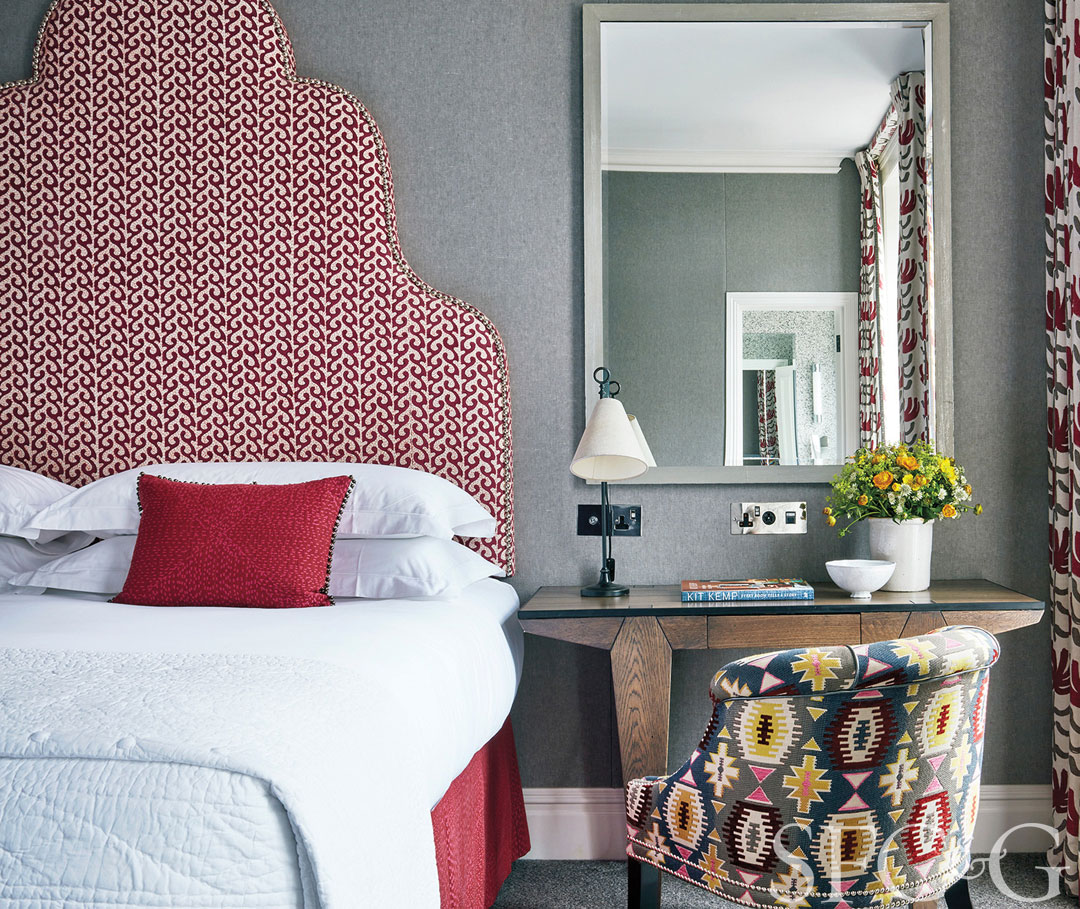 When Krish decided to open her own company in 2010, she was interested in working with Indian craftspeople, “finding new contexts and markets for their work, and keeping traditions alive, but with a new vocabulary,” as she puts it. Seema Krish textiles are now all produced in the craft shop she has worked with for several years in Bangalore, in Southern India, developing new ways to use traditional Indian processes such as woodblock printing. It’s been a learning curve for everyone. At first, the craftspeople, used to making extremely detailed, precisely calibrated patterns, were unhappy with the irregularities that Krish intentionally introduced into the block-printing process. But now, Krish says, they understand what she’s looking for: “It’s like wabi-sabi in Japanese art,” she says, drawing on the term that conveys the charm of unevenness and slight variation that, for her, makes a design feel alive and modern. 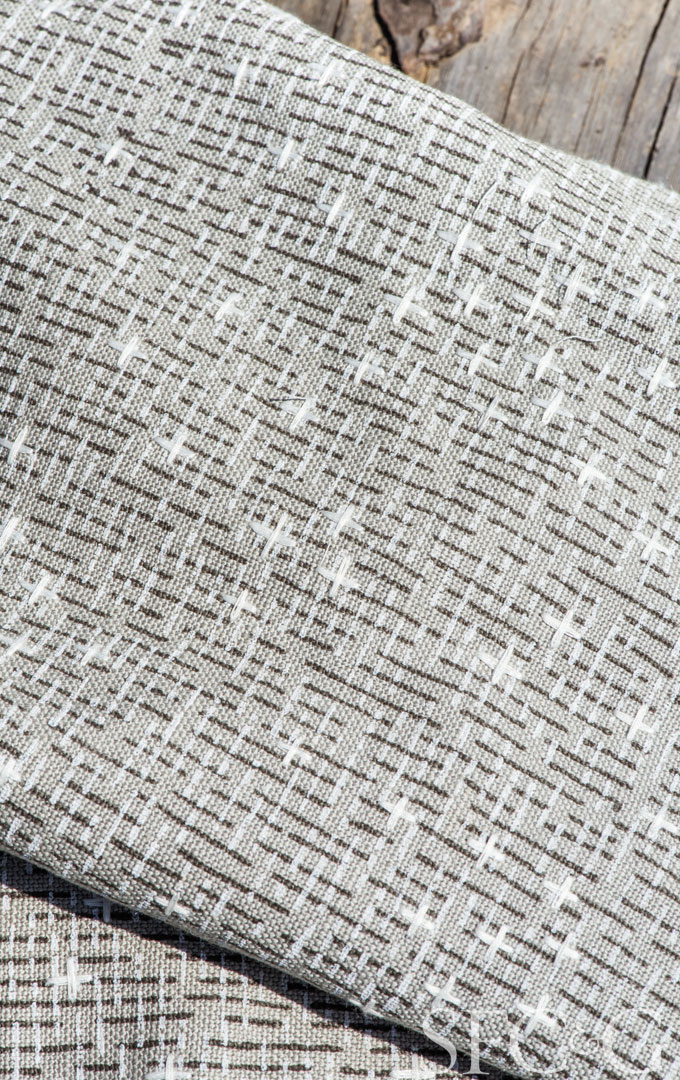 Krish has also experimented with other time-honored techniques: the “Sutro” fabric from the new collection, for example, draws inspiration from the finely scaled patterning of traditional Indian tie-dye for its elegant clusters of tiny, block-printed circles. She’s also brought her craft shop into the modern world with digital embroidery, which replicates the feel of hand sewing but with greater durability and consistency. As the embroidered threads play off against the hand-printed patterning, they give “a feeling of movement and dimension,” says Krish. “That’s what makes the textile beautiful.”

A version of this article appeared in the April/May 2017 issue of SFC&G (San Francisco Cottages & Gardens) with the headline: Fabric of the City.