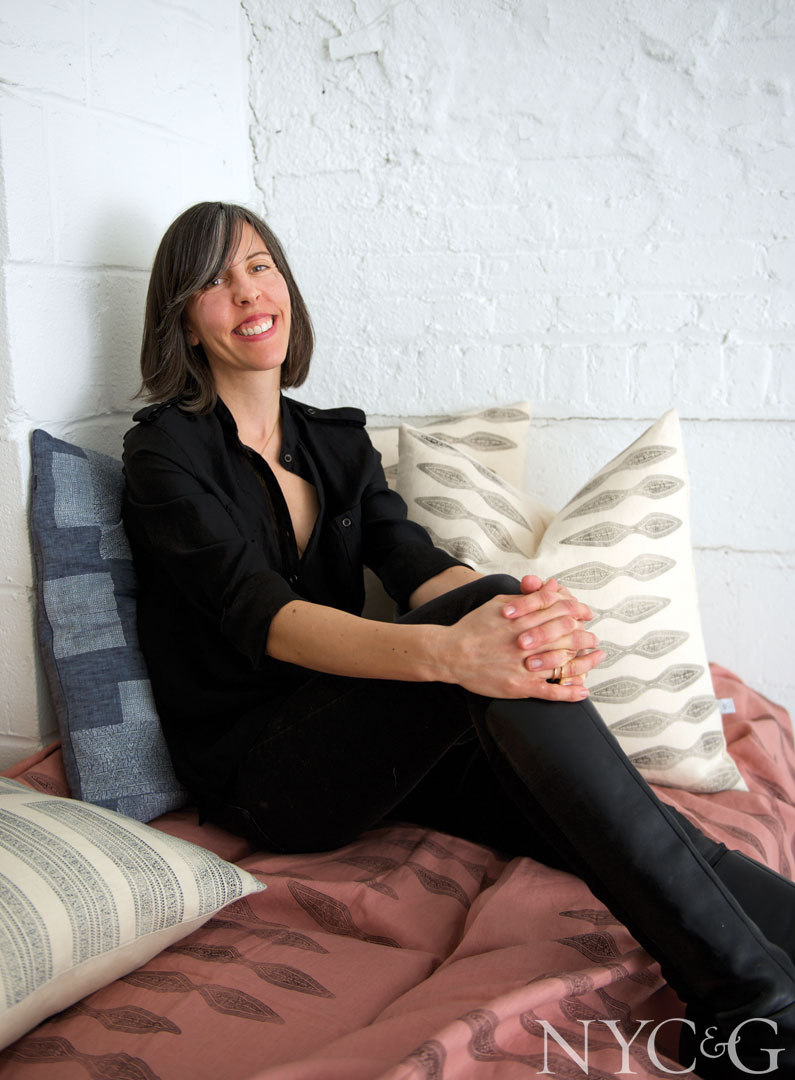 Susan Connor’s intricately patterned block-printed linen pillows and throws have their genesis in the simplest of forms: the outline of a single shape, such as a triangle, rectangle, or diamond. “I decide which shape will be repeated to form the pattern based on the overall impact I want the fabric to have,” says Connor, who works out of a light-filled studio in Bushwick. “Triangles evoke high energy because of their sharp angles, whereas horizontally positioned rectangles have a more relaxed essence.”

This initial shape is just the beginning for Connor, who creates a miniature, kaleidoscope-like montage of geometric and amorphous figures—inspired by anything from primitive motifs to Art Deco details—to live within it. “A pattern composed simply of solid shapes would look too rigid,” she explains. “Incorporating a pattern within a pattern elicits a sense of movement.”

Connor, who launched her eponymous brand in 2014, first considered textile design after leaving the helm of her paper-goods company, Susy Jack, in 2012. “That experience taught me a lot about business, but ultimately it wasn’t the right fit for me,” says the artisan, who studied painting at the State University of New York at New Paltz and then worked as a graphic designer for many years. “I’ve always wanted to design textiles, even when I was a painter. I love how fabric can transform other objects.” 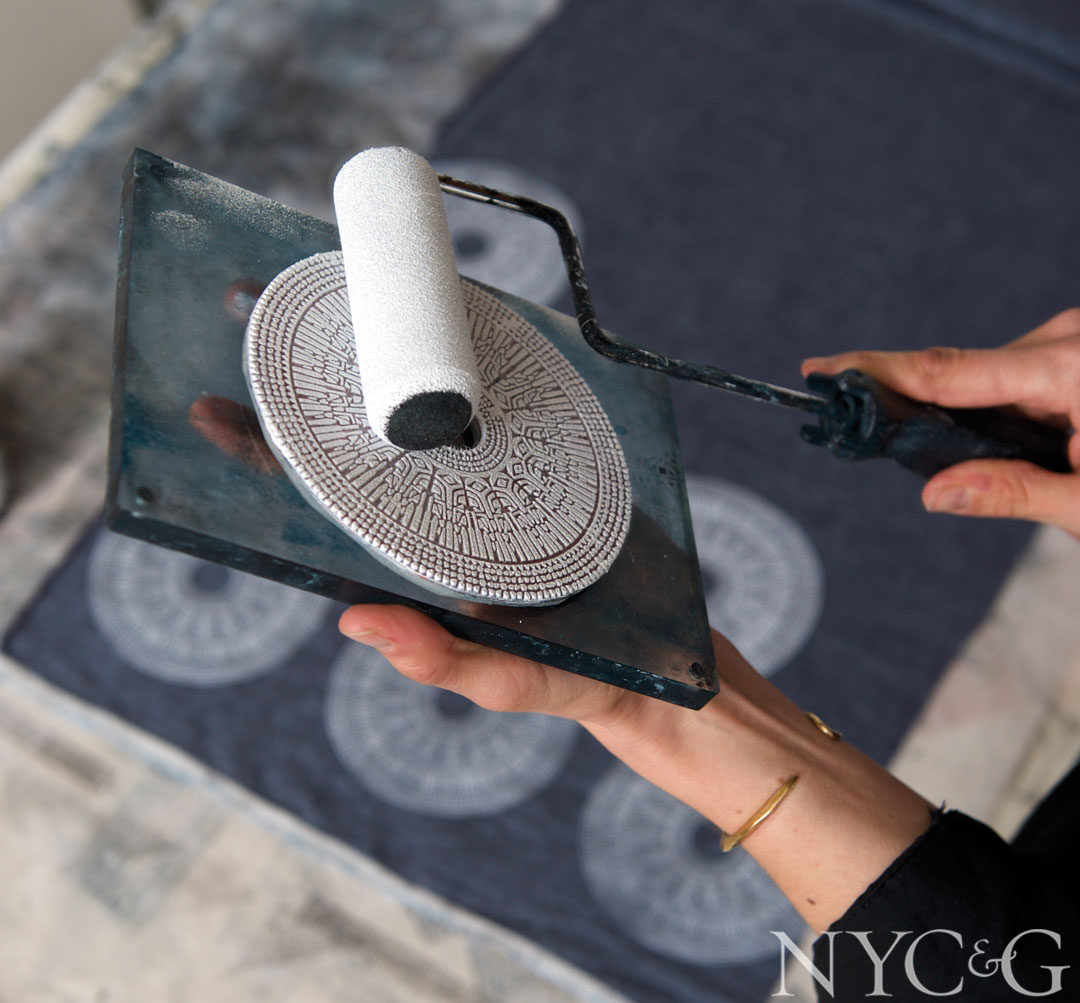 The most critical part of the process is selecting an interior pattern that complements the larger shape. Connor sifts through multiple hand-drawn sketches and translates one into a digital version, which is then engraved into a stamp. Next, she coats the stamp in ink using a paint roller and presses it onto the linen, repeating the process until she has arrived at a pattern that satisfies her expectations. The finished fabric, which has slight color variations due to its handmade quality, is then fashioned into a pillow cover or a throw. “It’s impossible to control the outcome of the impressions completely,” says Connor. “It’s sort of like a thumbprint—always a little different. But that’s what I love about it.”

A version of this article appeared in the May/June 2016 issue of NYC&G (New York Cottages & Gardens) with the headline: Block Star.