A winning garden need not have any colorful blooms in it, a fact acknowledged by judge Robert Passal, who notes, “Not a single flower in sight—I love it! Instead, a great mix of grasses, trees, and water elements in various sizes.” For this oceanfront garden with head-on exposure to Mecox Bay, LaGuardia Design Landscape Architects reconfigured the entire site plan, filling in an existing pool and installing a new one with better views of the bay, as well as raising the grade of the ocean side of the house ten feet and “replanting” it with dunes that now align with the main house. The chief concerns—noise and traffic from an adjacent public beach access—were remedied by adding sound fencing, heavy plantings, and a sculptural fountain that creates a soothing white noise. “An ingenious landscaping triumph,” says judge Alison Spear. 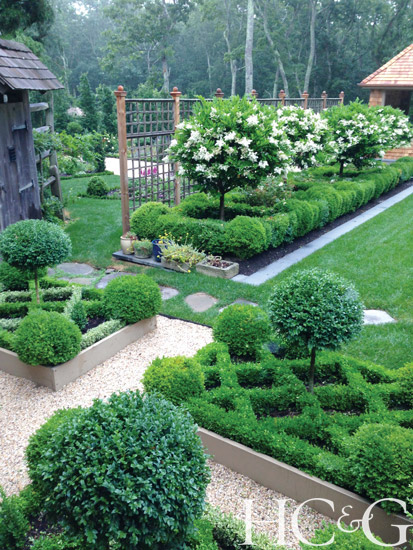 Ron Wendt wanted to plant something in his own Bridgehampton garden that would never wither with the change of seasons. “My goal was to establish a destination point,” he explains, “a pavilion for dining and relaxing, but especially a place from which to view the house and garden.” He accomplished his own directive by siting a cedar-clad structure, open on three sides, in such a way that it falls perfectly in line with a cedar trellis and boxwood parterre. Additionally, by placing bluestone terracing at a crucial point, Wendt created a set of discreet steps that lead to a back lawn and inviting woods beyond. Four quadrants, evocative of a traditional English garden, are planted with perennials in complementary hues. “This is a garden that you want to visit, walk through, and experience as a spectator and as a participant,” says judge Austin Handler. 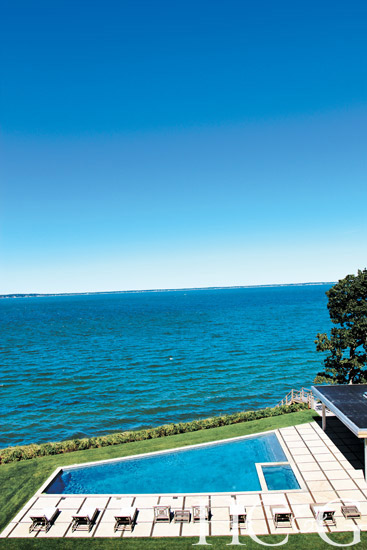 Asymmetry proved to be the right angle for a new swimming pool on the property of a home in Southampton. Lear + Mahoney positioned the pool, angled to complement the main house and the 55-foot bluff on which it sits, so that it takes advantage of unimpeded views of Little Peconic Bay. The firm’s work included erecting a protective bulkhead, installing a lighted metal stairway to the beach, and restoring the dune with beach grass and Rosa rugosa. Because the house occupies a portion of a protected oak-hickory forest, a highly selective array of ornamentals was planted. “The pool landscaping feels at one with the horizon,” comments Robert Passal, while Alison Spear says, “The geometry of the pool is lovely and thoughtful—the ‘parallel to the site’ idea is sensitive and unique.” 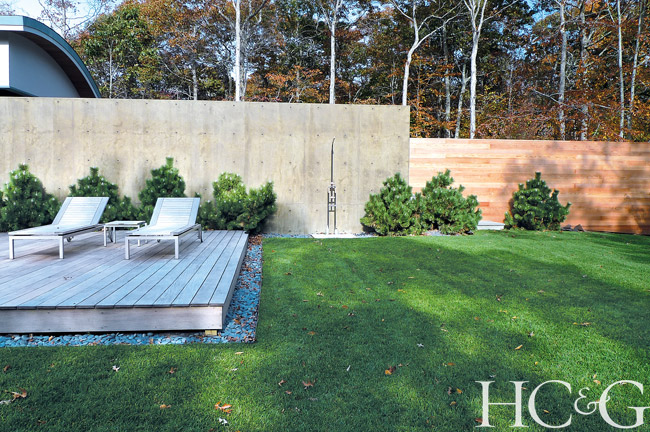 West Chin’s novel design for a distinct lounge area in the backyard of a house in Amagansett seems so simple that it’s hard to believe no one had thought of it before. “A very creative example of modern minimalist garden design,” is how Austin Handler describes the elevated wooden deck that appears to float within a Zen-like bed of river pebbles, with a circular swimming pool and rolling expanse of grass and forest just beyond. Further enhancements include an outdoor shower and a concrete wall to screen driveway traffic. “Clean, simple, and to the point,” adds judge Matthew Patrick Smyth.