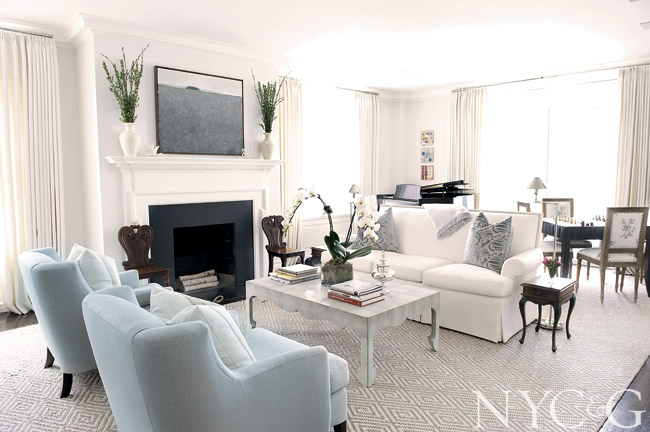 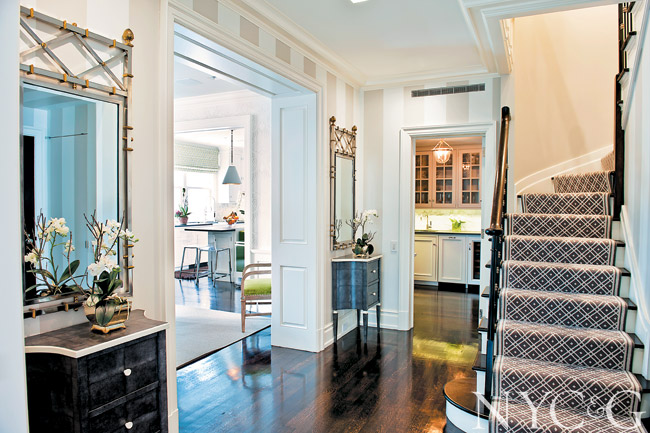 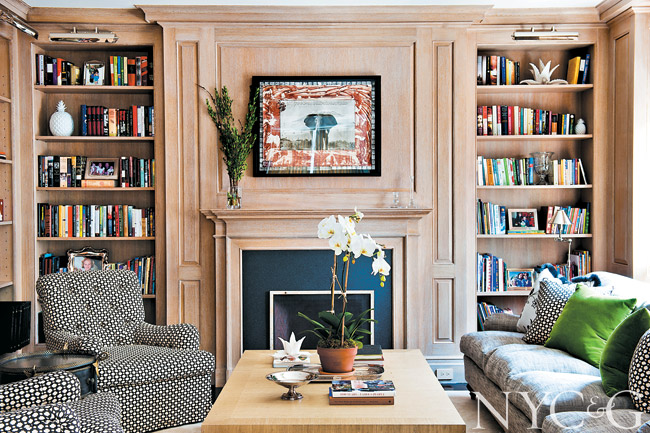 Although this duplex is located in a venerable Park Avenue apartment building, it had become tired and inefficient. Mitchell Studio took both floors down to their exterior walls and rebuilt them for a young family, while “respecting the original character of the building,” remarks judge Bunny Williams. Judge Ken Smart notes, too, how “white on white gives the apartment a newer spirit.” Now there’s a more open plan between the kitchen and formal dining room on the 11th floor, and the stairway to the 12th floor has been enhanced with a curve that brings in light. “This project involved creating a solid canvas for the interior design, which has been smartly employed to make the apartment more personal,” notes judge Alexa Hampton. 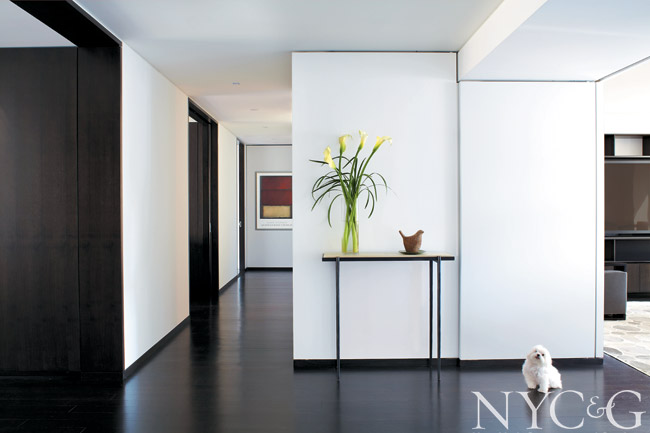 This wholly renovated apartment in a landmarked Fifth Avenue building is filled with notable architectural details, which Radoslav Opacic was able to make particular and conspicuous use of throughout. As the designer comments, “Walnut is a consistent contrasting accent that is used as a unifying element, making the white walls seem to float.” Previously dark, and even claustrophobic, the apartment is now a bright, light-filled expanse, with head-on views of Central Park. Among the many changes: expanding the kitchen by incorporating the former maid’s quarters, which allowed for a spacious serving island. Alexa Hampton refers to the project as “sleek, curated, and poised, a feat of chaste design.” Judge Kerry Delrose adds, “Every little bit of space has been used to make this a home in the sky.” 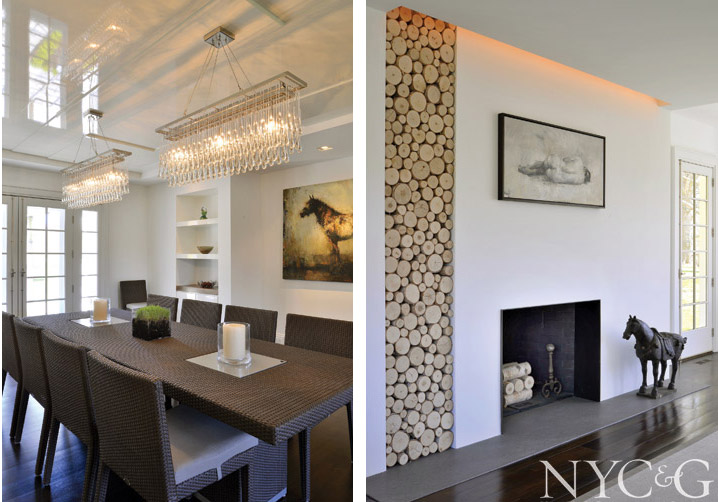 Situated on a 21-acre expanse of land in Westchester including horse pastures, stables, ponds, a tennis court, a swimming pool, and an apple orchard, this house was “reimagined inside and out,” says Carol Kurth. The existing 8,000-square-foot structure had an appealing Old World feel to it, but the interiors were decidedly dark, outdated, and outmoded. One of the strategies Kurth used to create a modern, gallery-like aesthetic for the residence was to extend the pure-white exterior to the interiors and accent the rooms with walnut, steel, and charcoal-gray and umber-hued details. Ceilings were raised, openings enlarged, and new millwork used throughout. “This fun neo-farmstead cedes nothing of modern life to its bucolic setting,” remarks Alexa Hampton. 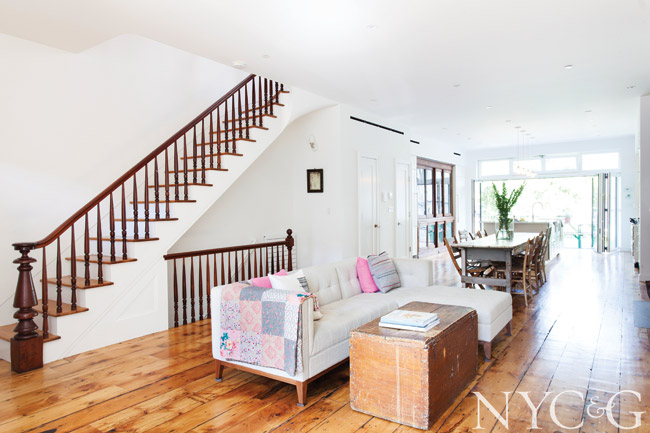 “A farmhouse-in-Brooklyn row house,” says judge Liz O’Brien, remarking on this circa-1880 townhouse, which has been converted into a contemporary residence for a young family. When the owners purchased the building, it had functioned for decades as four small floor-through apartments, and the timeworn structure needed new floors, a new roof, and new systems throughout. Another must: rebuilding a two-story brick addition and transforming it into a separate apartment. While converting the building back into a single-family dwelling, Lorraine Bonaventura sought to make the interiors “open, airy, and flooded with light, capitalizing on the east/west exposure,” she explains. “It’s so open, it feels like a loft,” says Kerry Delrose.

Home Is Where the Heart Is Designer Showhouse