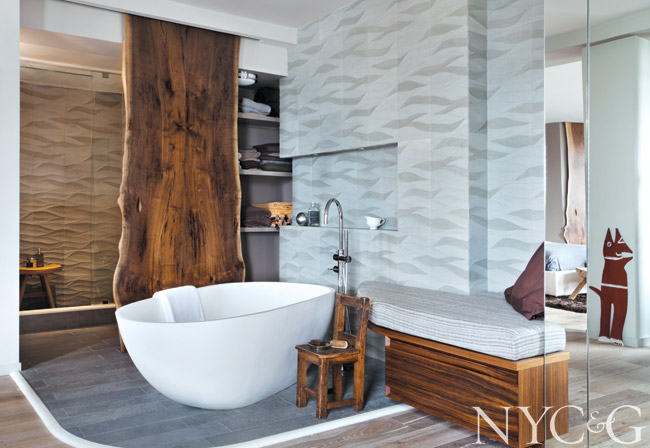 Sometimes, a room in a home is so well done that it inspires genuine awe. “Now this is a bath!” exclaims judge Kerry Delrose about this bathroom suite on the second floor of a duplex apartment on Riverside Drive. To unify the room, which features a freestanding tub and a steam shower with Hudson River views, an exercise space, and dressing areas, Riverside Design chose American black walnut sliding panels that reference the trees in nearby Riverside Park. “This bathroom has a cutting-edge sensibility, but also an organic, serene quality,” says judge Alexa Hampton. “It’s unexpected, quirky, complex, and unique.” Judge Amy Lau adds, “So many innovative ideas, beautiful materials, and unexpected shapes. Bravo!” 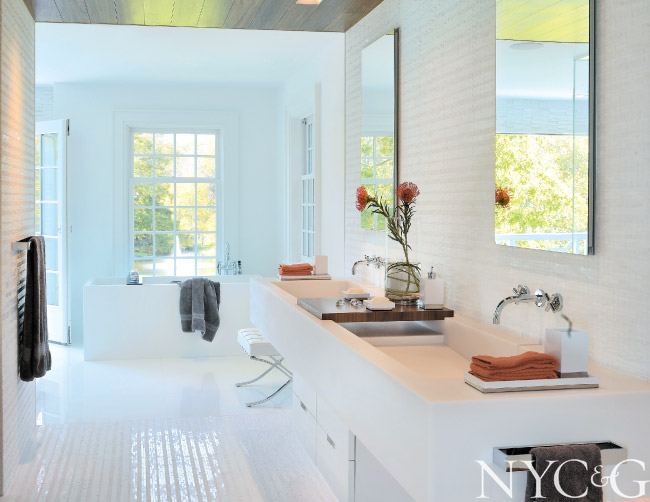 One might think you’d need to book an appointment to visit this master bath in Westchester, given that it assumes the scale and serenity of a spa. Indeed, that was Carol Kurth’s intention when she undertook the project, combining two traditional bathrooms into a single “Zen-like, luxurious space,” says Alexa Hampton, “a room that is gleaming and sparkling.” Dreamy details abound, from the walnut ceiling that defines the washing area to the custom double-trough sink to the two-person shower and freestanding tub, positioned to take in views of the property’s pond. “If space is luxury, this is the most luxurious ever,” says judge Kerry Delrose. 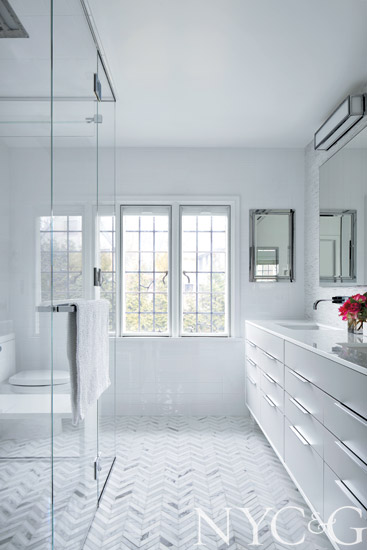 Judge Liz O’Brien couldn’t help but remark that the company name adopted by designer Claire Paquin, responsible for this bathroom renovation, “lives up to what it promises—clean design. This space is straightforward, crisp, and functional.” Paquin fashioned a modern, airy oasis from what had been a crowded, cramped, circa-1928 bathroom in her own home in Scarsdale by flipping the layout, shifting the now-open shower to an opposite wall and gaining space for a floating vanity. To foster a sense of calm and modernity, she kept the palette to a series of grays and whites. Admiring the new floor plan, judge Elaine Griffin praises the room’s “great spatial delineation.”

“Baths can be so run-of-the-mill,” says Alexa Hampton, “but this one evokes cleanliness and an almost Jetsons quality. It has personality, hand-in-hand with practicality.” Designer Darci Hether was commissioned to gut a two-bedroom, two-bath Park Avenue apartment, and while doing so, she expanded the length of the master bathroom by reconfiguring an adjacent closet. In the newly captured square footage, she positioned a walnut vanity, which in turn led to adding a sink, removing an existing tub, creating a large shower, and making further use of extra space between the toilet and shower area.

Home Is Where the Heart Is Designer Showhouse