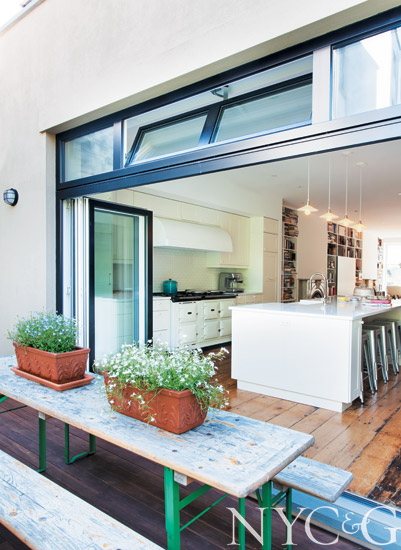 This family-friendly kitchen in an 1880s Brooklyn townhouse is so appetizing, all the judges hoped to snag invitations to dinner. “For a space that’s usually formulaic, this kitchen has a big dollop of charm and personality,” comments judge Alexa Hampton, while judge Elaine Griffin professes “love for this non-kitchen kitchen—it’s modern plus Old World plus eclectic, and it works!” Functionality was key, as the room is used by a young family with four children, plus dogs and cats. Lorraine Bonaventura heeded their needs, creating what judge Liz O’Brien characterizes as “a farmhouse kitchen in the heart of Brooklyn—it even has bookcases!” 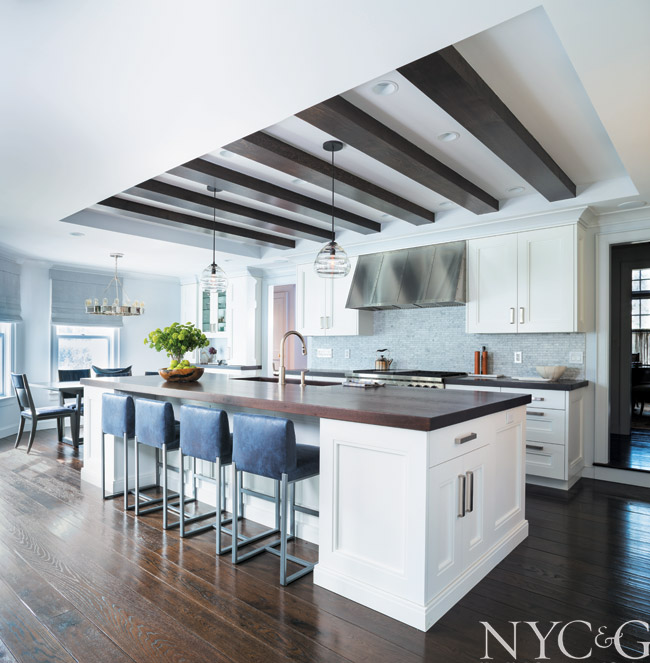 Sometimes the most practical element in a kitchen is also the most dramatic and daring. For this project, Deane installed a stainless-steel hood with so much reflective quality that the surface captures the dark wood tones of the ceiling beams. As judge Kerry Delrose says, “It’s the wow factor!” There are other surprises, too, including an expansive white island topped with two-inch-thick walnut counters, blue leather stools, a marble backsplash, and sculptural handblown glass pendants. The once choppy, multi-level area is now a single-level space that melds beautifully with an adjacent family room. “This is a great open plan for family living,” comments judge Bunny Williams, “with warm details throughout.” 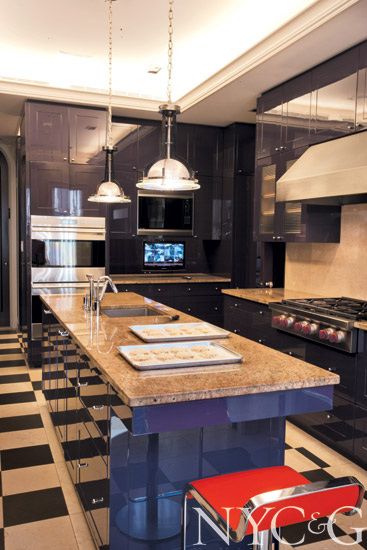 The designers’ goal in this project was to create a kitchen/breakfast area that incorporated contemporary and traditional elements—with neither overpowering the other. As a result, every detail stands out, while complementing the others at the same time. Red knobs on the range echo the red on the island stools, and a traditional two-tone stone floor accentuates a two-tone countertop and backsplash. For the cabinetry, the team chose a rich eggplant shade, which “ups the ante on this super-chic space,” says Liz O’Brien. 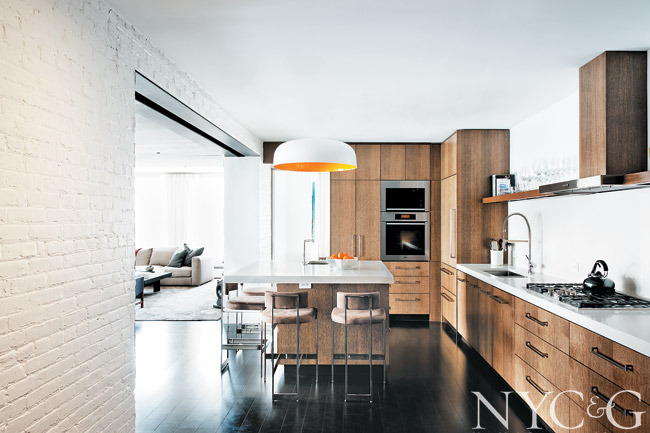 The owner of this Tribeca loft had initially told the team at DHD that he only wanted a “refinish” of the floors, but soon a gut renovation was under way, including a mandate to open up the kitchen to a large, light-filled living and dining area. The room still manages to retain its own identity, notably defined by an ample square island and “a simple, bold lighting fixture, which does a lot to warm up the modern space,” comments Liz O’Brien, “along with luxurious touches, like suede upholstery and rich wood floors.”