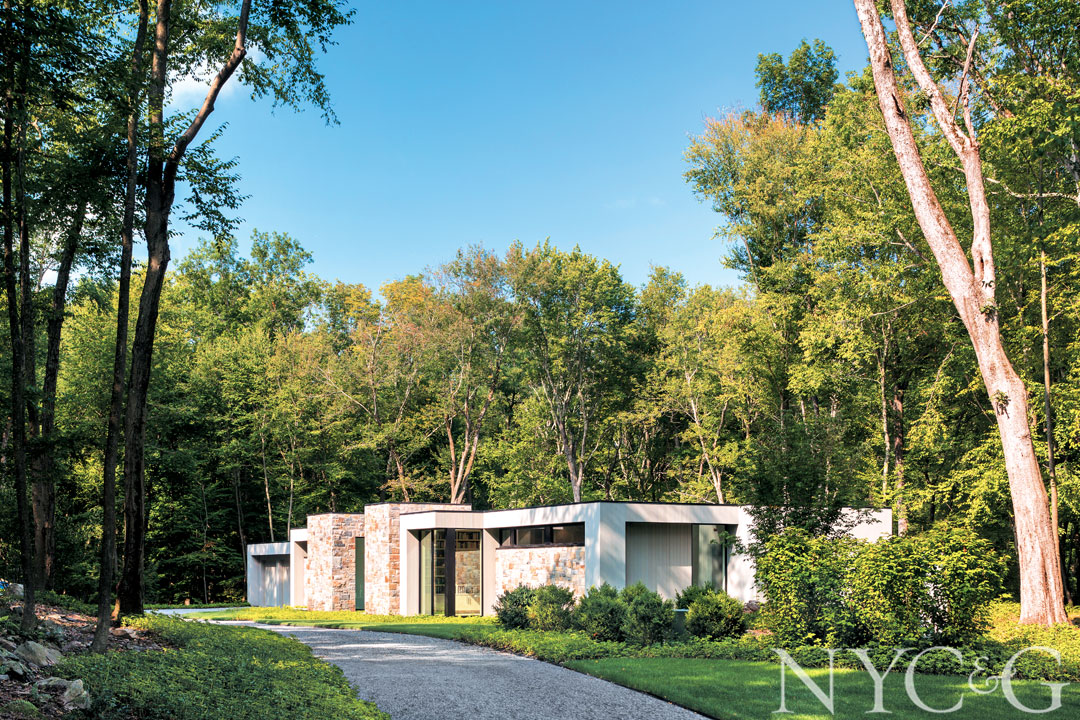 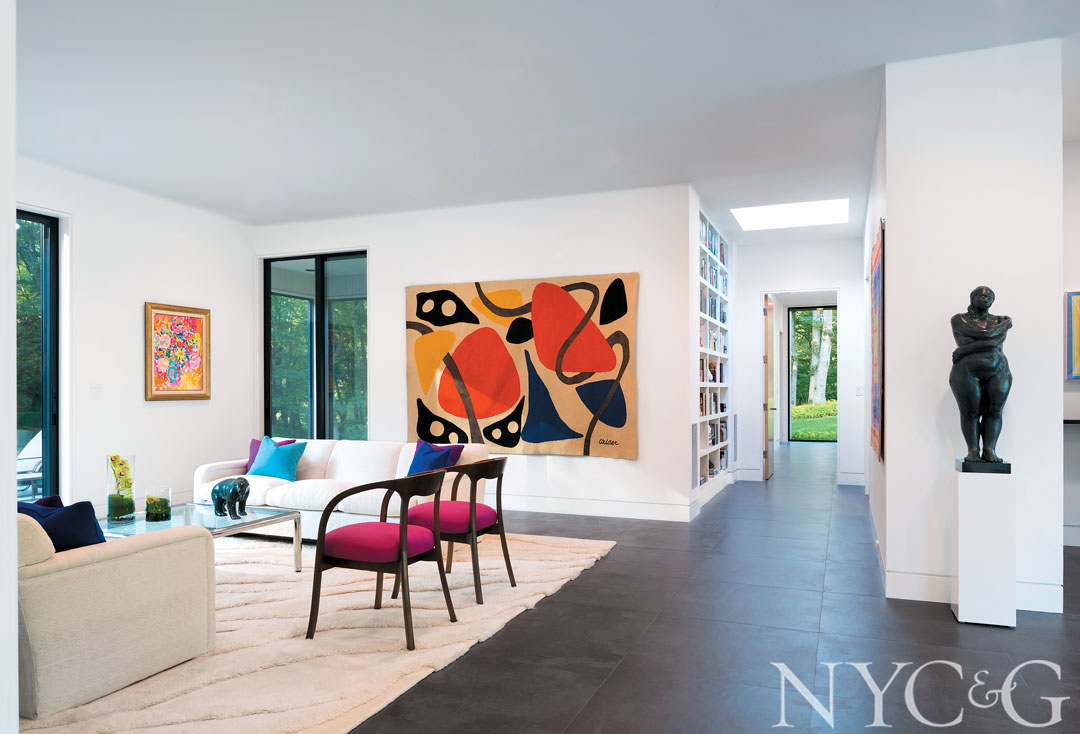 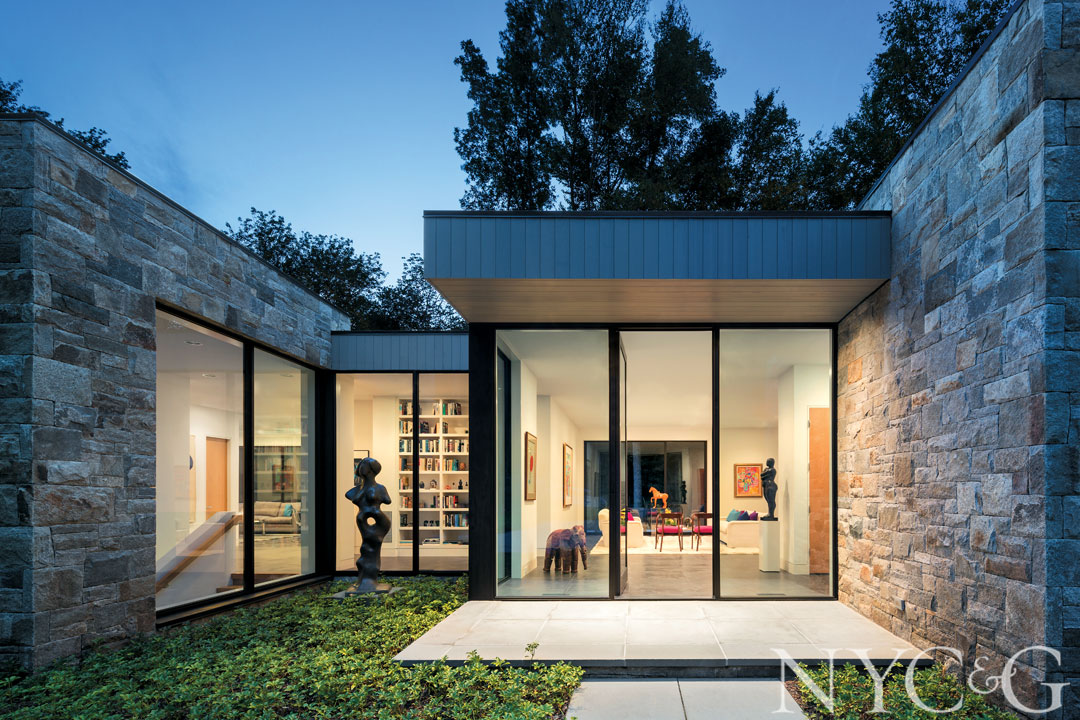 WINNER: Carol Kurth Architecture
This single-story house in Westchester County is a repository for a notable collection of modern art—and a work of art in itself. Architect Carol Kurth incorporated generous swaths of indigenous stone and cedar, along with glass, to create a home that appears seamless with its natural setting, and also added elegant horizontal overhangs that foster a passive solar effect. Judge Sandra Nunnerley comments on the “good massing of architecture” that makes for a “nice and clean” residence. 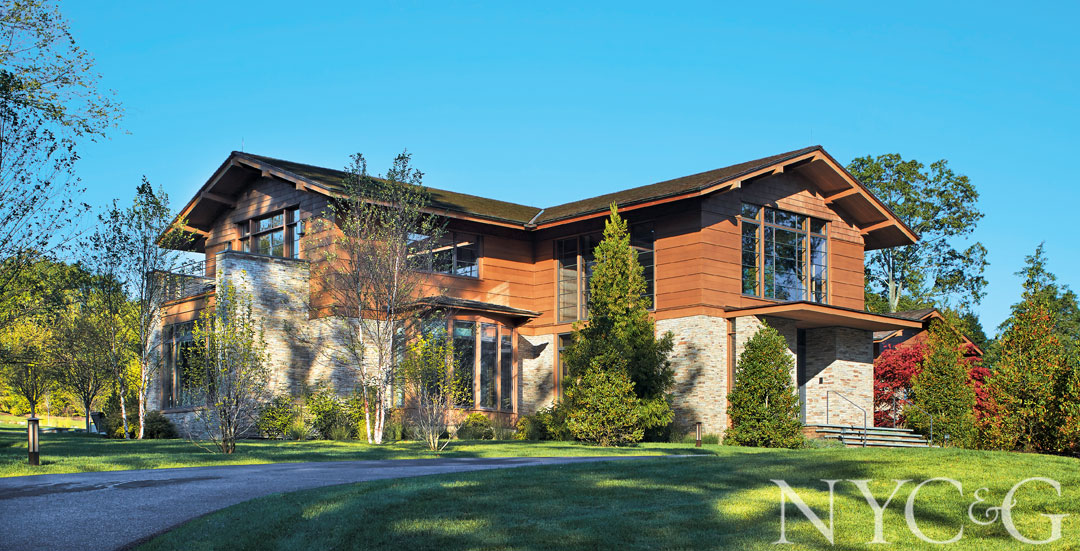 RUNNER-UP: Opacic Architects
The challenge for the architects of this new home in Scarsdale was to create a spacious residence that respected its more modestly scaled neighbors. Principal Radoslav Opacic reduced the visual heft of the home by using shallow-pitched, broad roof lines and red cedar eaves, and built it on two axes—an east-west one for public spaces and a north-south one for private areas. Judge Alan Tanksley admires the house’s “references to the architecture of Greene and Greene. It’s organic, mannered, and livable,” he says. 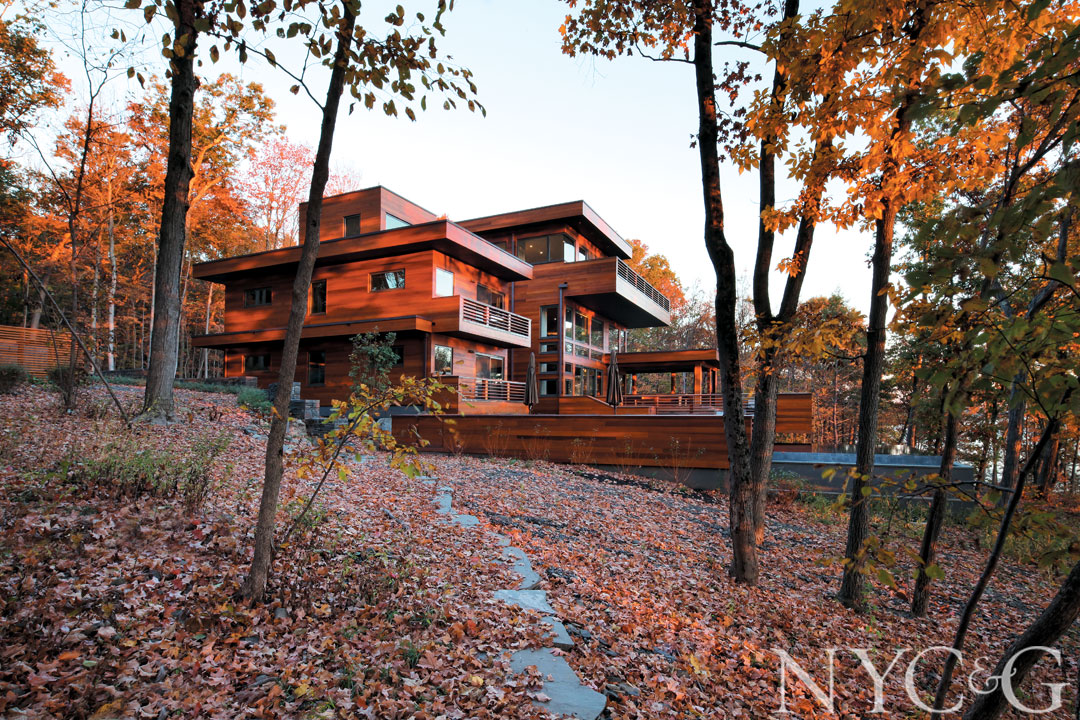 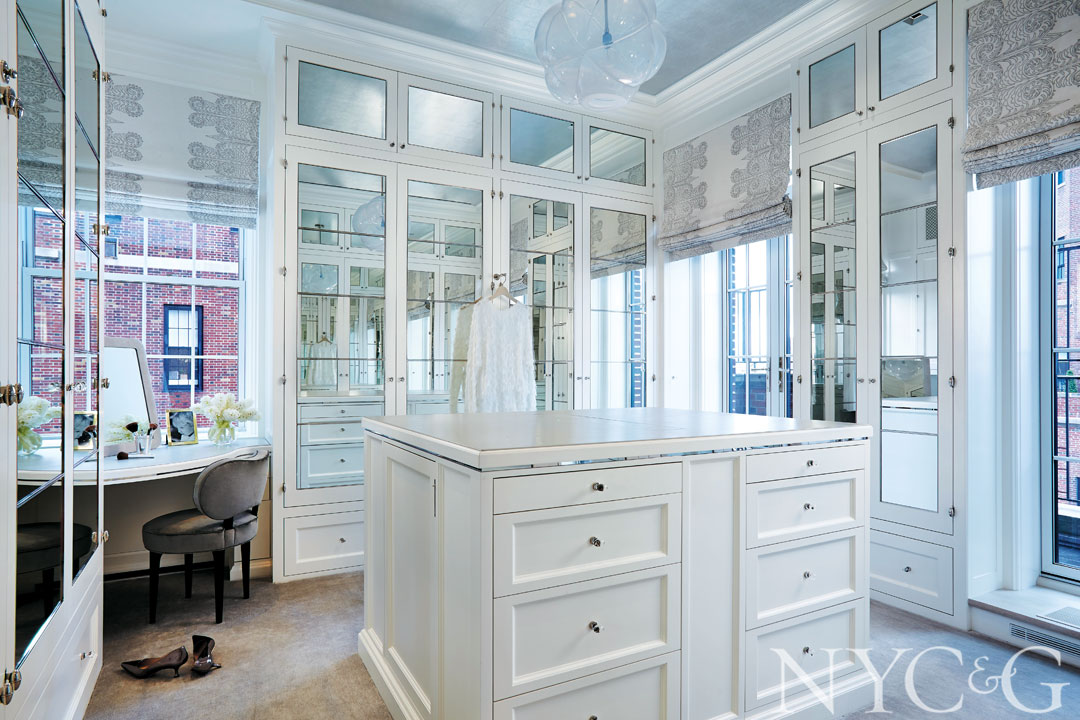 FINALIST: Mitchell Studio
A prior gut renovation of this duplex in a Rosario Candela building on Park Avenue had left it devoid of its once-elegant detailing. Part of Mitchell Studio’s role was to reintroduce that lost grandeur, while updating the apartment for a young family. The original Candela staircase was retained, and doors were added throughout first-floor rooms to improve traffic flow. A dense agglomeration of servants’ rooms was transformed into an eat-in kitchen and family room, and second-floor bedrooms were reconfigured, particularly the master suite and its mirrored dressing area and balcony. Judge Shawn Henderson notes the project’s “nice, classic detailing.” 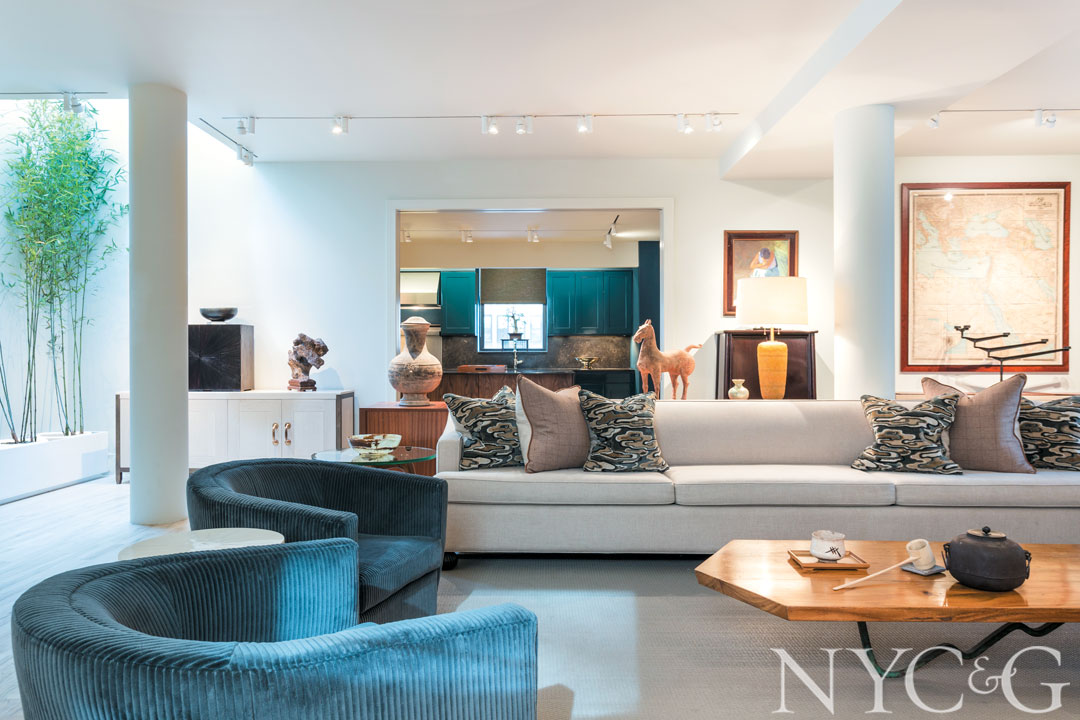 FINALIST: Wellbuilt Company
The client was well aware of the dramatic scale of this Chelsea duplex, while also noting its lifeless character. Wellbuilt Company’s goal was to create a contemporary, open-plan living space, infused with sunshine and increased definition. Sheer drama starts at the entry, with a double-height span that captures natural light from existing industrial skylights. Judge Sandra Nunnerley refers to the finished space as “kind architecture,” with details that include an outdoor staircase that leads to a roof terrace.

A version of this article appeared in the October 2015 issue of New York Cottages & Gardens with the headline: 2015 NYC&G Innovation in Design Awards Winners: Architecture.