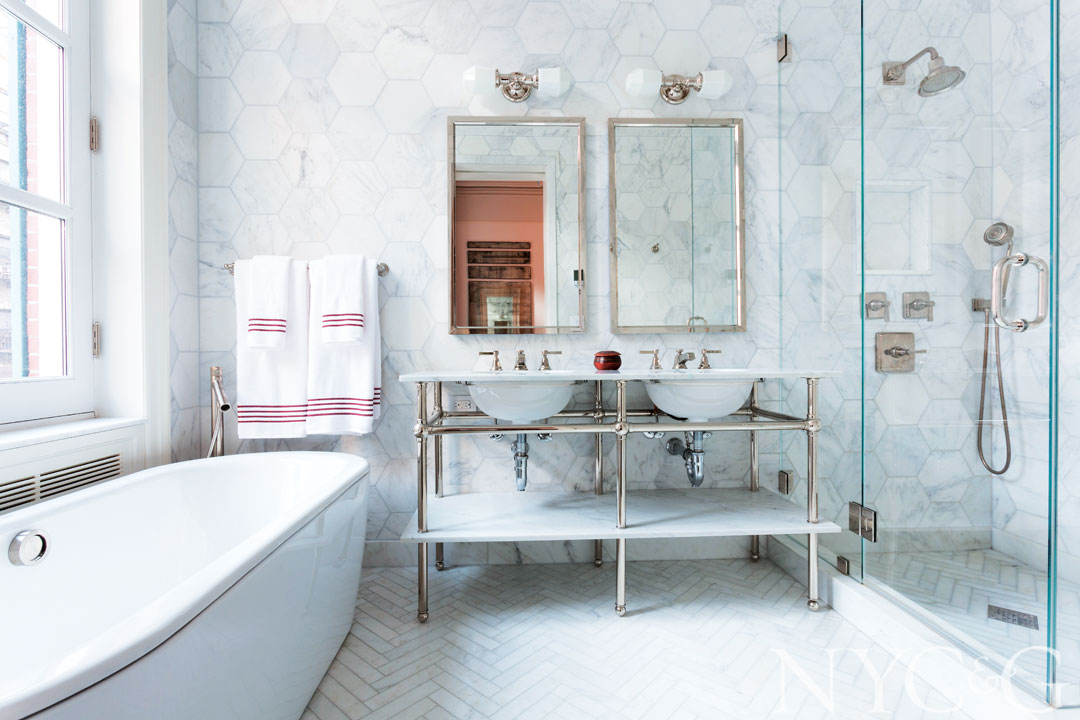 WINNER: Drew McGukin Interiors
Despite their charm, original bathrooms in New York brownstones often reflect their eras. Drew McGukin dramatically reconfigured the small master bath in his clients’ East Village home, which he thinks of as “having one foot in the past and another in the future.” McGukin installed a glass shower with a door that opens on the diagonal and a pedestal double sink with shelves. Judge Shawn Henderson calls it “very pretty and classic.” 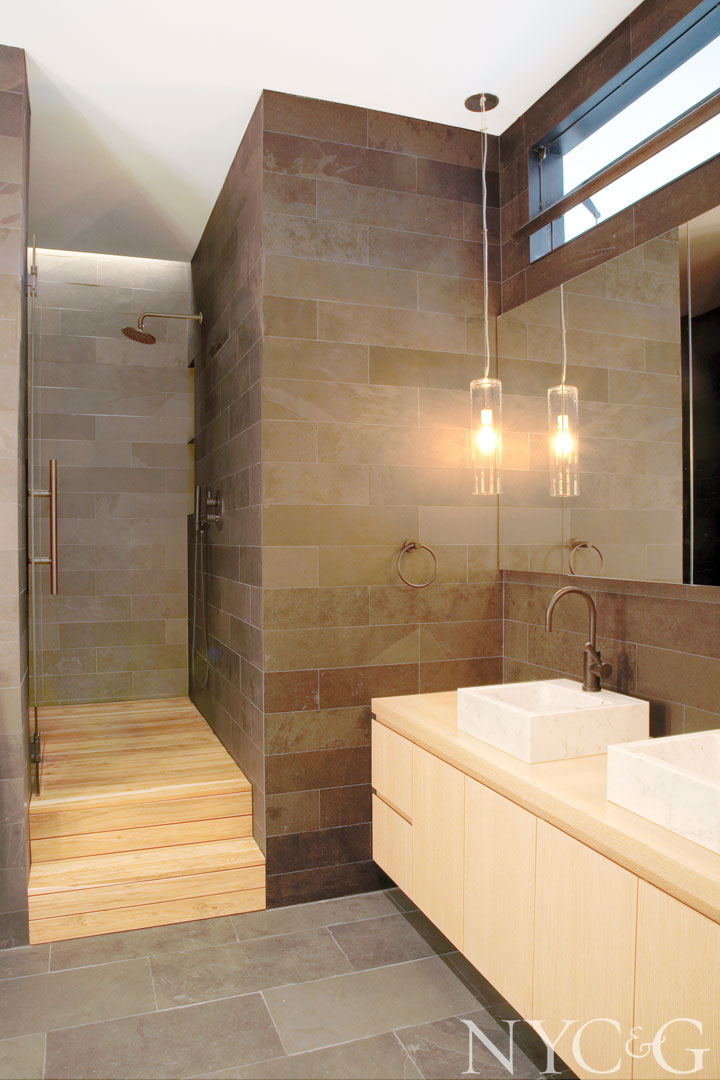 RUNNER-UP: BergDesign Architecture
What had been a disjointed three-bedroom Greenwich Village apartment has been transformed into a sophisticated open loft, significantly changed by relocating the master bath, which has been scaled to serve the needs of the homeowners. Now it’s a resort-like space, with shower walls composed of raw slate and teak flooring, as well as a white oak vanity with bronze hardware, a custom-designed steel transom, and raised marble sinks. It has “a sexy vibe,” Shawn Henderson says. 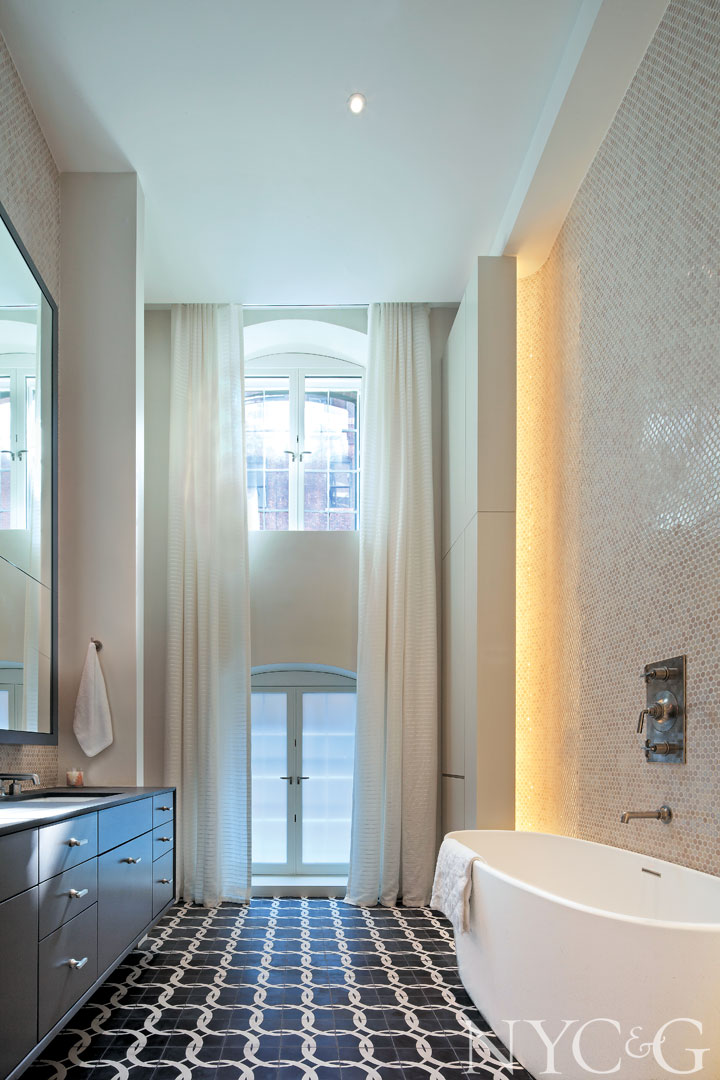 FINALIST: DHD
It’s not often that a master bathroom can be called “glamorous and moody,” as judge Alan Tanksley describes this space in a Tribeca loft. Rather than minimize the 18-foot ceilings in the bathroom, DHD decided to exploit the height. A double set of windows is enhanced by a Hollywood-esque flourish of draperies, while a vigorously patterned geometric floor further energizes the room, as does a floating vanity defined by minimalist hardware. 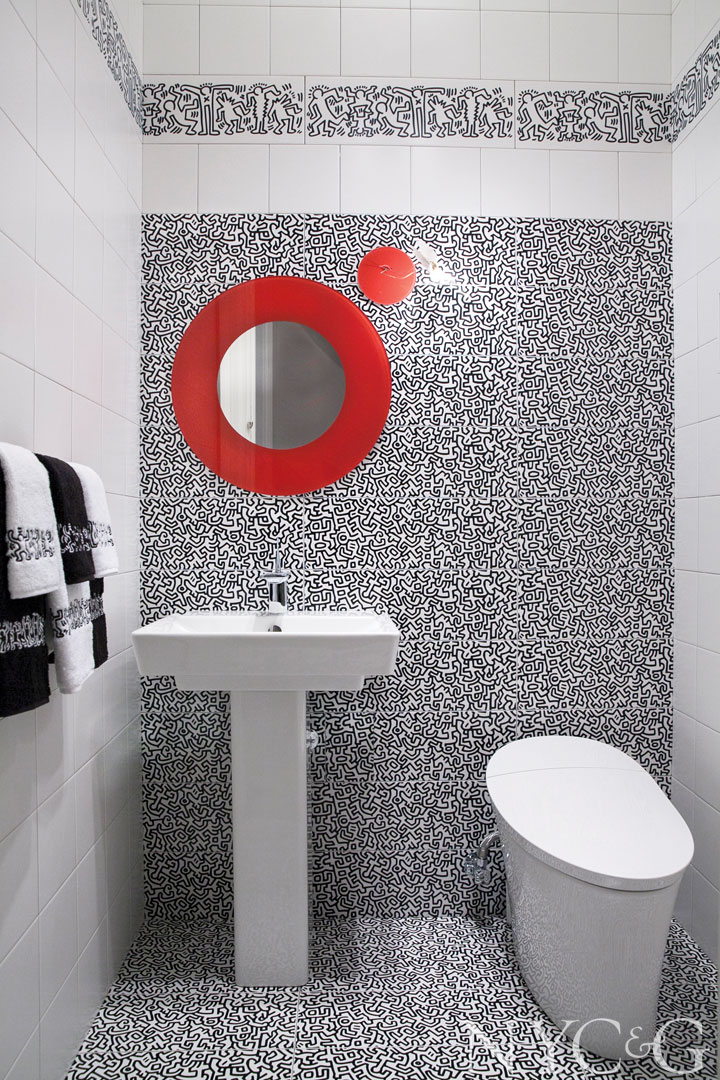 FINALIST: Gail Green Interiors
“Keith Haring was my inspiration—notably his ceramic tile collection Games of Fifteen,” says designer Gail Green, who was tasked with creating this powder room for the Kips Bay Decorator Show House. The graphic pattern, a maze of forms that are both abstract and figurative, is used on a wall, the floor, and as a decorative frieze. The space is further defined by a decidedly modern and unexpected water closet from Kohler Veil and a mirror that is back-painted in an arresting shade of red. 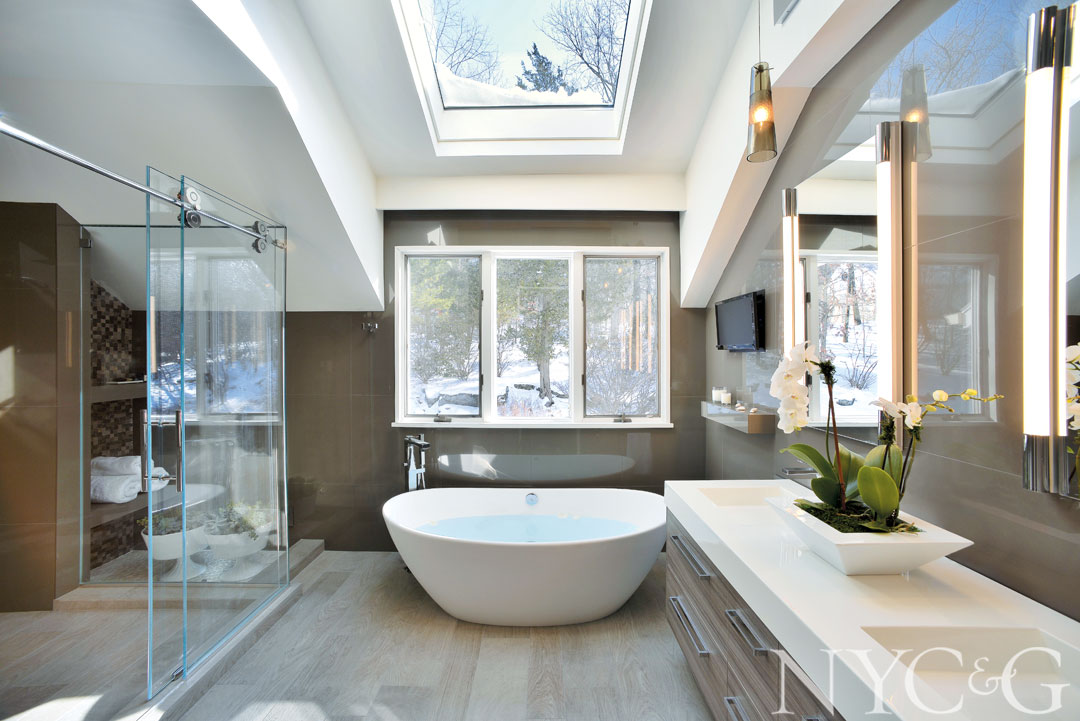 FINALIST: Carol Kurth Architecture
Carol Kurth wanted to create a “hotel at home” feel for this master bath in a Westchester residence. The original space was gutted and reorganized, with a spacious skylight cut into the ceiling and a picture window inserted above the sculptural, freestanding bathtub so that the room is flooded with light. The result: A room deeply connected to nature but removed from it, and intimate enough for a two-person glass-walled shower.