The Art of Designing Vertical Gardens

Patrick Blanc's approach to gardening is literally off the wall. 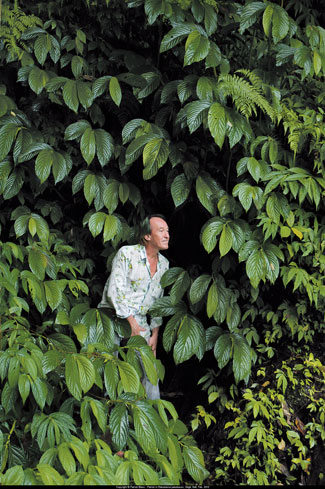 NYC&G: When you are composing one of your garden walls, do you ever think of it like painting or sculpture?
Patrick Blanc: When people look at my gardens they are basically standing in front of a forest—they don’t think it is artistic, but instead very natural. To me, the most important result is that my work looks like nature, and nature is itself inherently artistic.

In 2001 you created the vertical garden at the Pershing Hall Hotel in Paris. What effect did that have on your career?
I built my first vertical garden in 1986 at the Cité des Sciences et de l’Industrie in Paris, but Pershing Hall is really my first architectural work. Interestingly enough, it was commissioned by [interior designer] Andrée Putman, and since then I have worked with many great architects and designers, including Herzog & de Meuron, Jean Nouvel, and Marc Newson.

What have you created for this year’s orchid show?
At the start I proposed a rather extravagant work hanging from the ceiling, but the orchids needed to be switched out so that the piece would appear to be continuously “in bloom.” We ended up with a cube and a gate-like structure, and planted them with orchids as well as some very architectural epiphytic species that also don’t grow in soil. Orchids are just one component of the air-plant ecosystem, and the NYBG has an incredible collection of epiphytic plants.

Which are your favorite orchids?
I’m most interested in the colors and shapes of the leaves of orchids, rather than the flowers. Jewel orchids, for example, have incredibly colored leaves and just a small white flower. 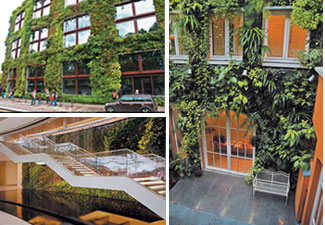 What sparked your interest in the tropics?
As a boy I had aquatic plants in a tropical aquarium filled with fish and Cryptocoryne, a genus that is popular in the aquarium world. When I was 19, I went to Malaysia and Thailand to find them in their native habitat. About 10 years ago I was in Laos and found a new form of species of Cryptocoryne just outside the capital.

You even have a new species of begonia, Begonia blancii, named for you.
I discovered it three years ago on the island of Palawan, a province of the Philippines. Approaching a waterfall, I found a begonia with a peculiar triangular leaf that varies from green to an almost black-brown. I took a lot of pictures and sent them to colleagues at the Royal Botanic Garden in Edinburgh. They named it in honor of me because of my studies and interest in understory plants.

What would you do if you had carte blanche in New York City?
Well, the city is already quite green. You have Central Park and the wonderful pocket gardens, and look how far Bryant Park has come in 20 years. In a few places with ugly façades, like parking garages or even subway stations, some great work could be done. The High Line is very good, but it could have a more three-dimensional aspect, bringing more plant life down to street level.

Can people create vertical gardens at home?
Of course! All you need to do is add a water element in order to create your own mini-ecosystem. I have about 50 species on my own wall in Paris. 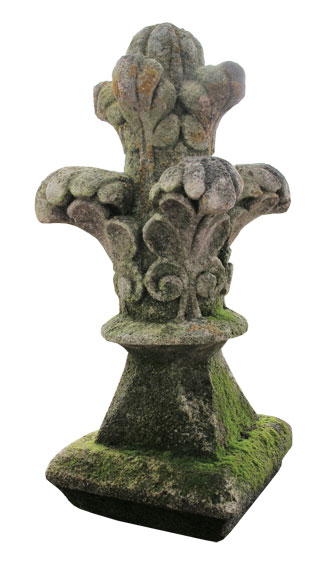 Looking for the perfect fountain, bench, or garden pot? Don’t miss the 20th annual Antique Garden Furniture show and sale at the New York Botanical Garden, April 27 to 29. NYC&G is proud to be a sponsor of this special event, which includes sumptuous pieces from 30 of the country’s top garden antiques dealers. Above: Circa-1830 French carved limestone finial, one of a pair ($7,500), from Barbara Israel. For more information, go to nybg.org.