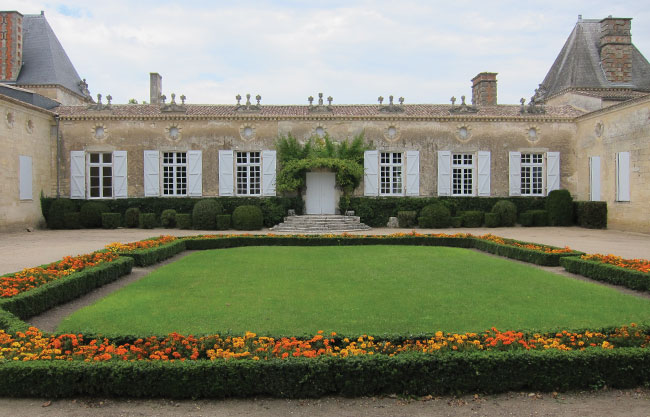 Bordeaux’s Left Bank boasts Châteaux Lafite, Latour and Haut-Brion. Its Right Bank counters with Pétrus and Cheval Blanc. Both sides produce  legendary wines, but only the Right is home to the Jurade, a harvest festival dating to the 12th century. Red-robed Jurats, a brotherhood of Saint-Émilion Grand Cru enthusiasts, wend through the streets of Saint-Émilion up to an ancient tower where they announce the start  of the festivities. At the festival’s close, black  balloons are released in grape-like clusters—a symbol of the new vintage.

I visited 18 wine châteaux in the region, beginning the process of becoming expert in Saint-Émilion Grand Crus. While Left Bank Bordeaux are mostly cabernet sauvignon-driven, merlot rules the blend on this side of the river, resulting in lovely feminine wines. 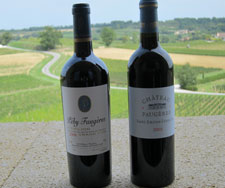 Saint-Émilion wines were only  classified in 1954 and must reapply every 10 years for Grand Cru status. However, the 2006 classification was canceled due to a lawsuit by several châteaux owners. Jean-Francois Quenin, president of the Saint-Émilion syndicate at his winery, Château de Pressac, explains the high stakes: “Consider the difference between a Premier Grand Cru Classé (B) like Château Angélus, which sells for around $200 a bottle and a Premier Grand Cru Classe (A), like Cheval Blanc, which brings $1,000.” In 2012 all wine properties will undergo reclassification under new rules.

I went appellation- and castle-hopping, jumping  between centuries. At Château de Sales in Pomerol, which dates to the 15th century, owner Bruno de Lambert told me: “There’s always been something mysterious and mystical about Pomerol. Everyone thinks only of Pétrus, but there are 140 other châteaux here.”

I returned to the 21st century at Château Cheval Blanc’s much-celebrated new winery, which has a roof shaped like a curling wave. While most of the region has a merlot focus, Cheval Blanc’s blend is 60 percent cabernet franc. I tasted the new vintage, 2004. It had silky tannins, spicy notes and hints of mint and licorice.

I stayed at the Château de la Dauphine, built in 1747, a large property in Fronsac, one of the lesser known AOCs, which many consider poised to become the next Pomerol. Owner Guillaume Halley puts out a lovely, expressive merlot blend ($25) with 10 percent old-vine cabernet franc.

Also in Fronsac, I tasted at Château de la Rivière, a fairytale castle with turrets and towers. Fronsac must have magic in the soil, to judge from the 100 percent merlot wines at La Rivière and Château Lague, where winemaker Arnaud Roux is an artist whose canvases express the energy of each vintage. While I tasted verticals of his Château de Carlmagnus (about $30), Roux narrated: 2009, “fabulous aroma, complex and big”; 2008, “exceptional vintage, the darling of critics”; 2007, “an elegant gentleman”; 2006, “expressive fruit flavors, great acidity”; 2005, “exceptional, and velvety.”

At Château Cassagne Haut Canon (in the Canon-Fronsac AOC), I was charmed by winemaker Jean-Jacques Dubois. In 1995 Robert Parker gave his La Truffière a 100-point score. I tasted recent vintages and each had remarkable finesse and elegance. La Truffière 2002 had a great spiciness; 2005 was powerful and will be long-lived; 2009 was truly exceptional with  alluring aromas portending greatness after aging.

This article appears in the January 2012 issue of CTC&G (Connecticut Cottages & Gardens).