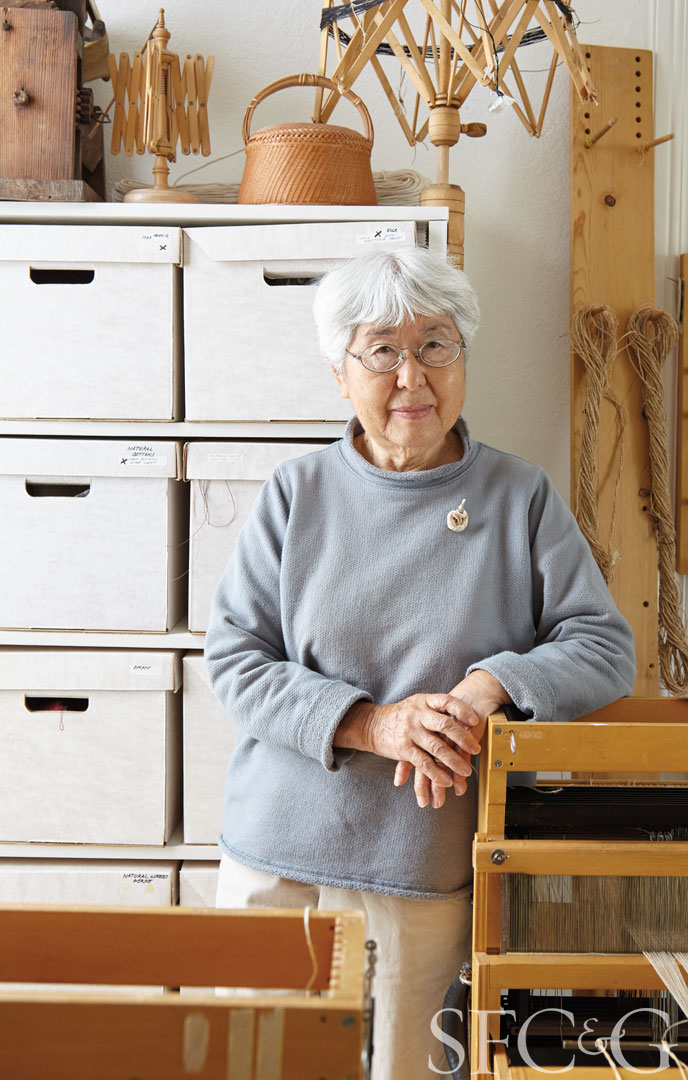 The ancient Greeks had Ariadne and her magic thread; the Romans revered Arachne for her prowess at the loom. In the Bay Area, we have master weaver Kay Sekimachi, a key figure of the postwar fiber art movement who, at 90, is considered among the foremost textile artists of our time. Known for her Bauhaus-influenced aesthetic and signature innovations—including the use of a double-weave technique to produce three-dimensional forms—Sekimachi is the subject of a focused solo exhibition at the de Young, showcasing her artistry from early studies to full-fledged sculptural creations.

“Of course I love the work of Anni Albers and all her writings,” says Sekimachi. “She once said: ‘You just have to listen to the threads’—and that’s what keeps me going.

I hope my early studies in the show reveal that it’s all limitless, that it’s your own imagination and drive to experiment that leads to discovery.”

Case in point: Sekimachi broke important ground in the 1960s with her experiments using nylon monofilament, a new material with a dual character—pliable but able to hold shape. A virtuosic piece from this series, Katsura (1971)—meaning “hair piece”—is the show’s centerpiece. An intricate, accordion-fold work, it takes inspiration from a miniature book of woodcuts the artist treasured as a child. The book was one of Sekimachi’s few possessions during her confinement in a WW II Japanese-American internment camp. The woven-linen collection features a wavelike motif drawn from traditional indigo-dyed Japanese textiles that embodies what Sekimachi describes as “the Japanese aspect of duality between strength and fragility.”

“Kay’s work balances complex structure with a wonderful purity and simplicity that directly speaks to her Japanese heritage,” says Jill D’Alessandro, curator of Costume and Textile Arts at the de Young and the show’s organizer. Woven necklaces made with card looms show the artist’s more improvisational side, often employing a complex ply-spit twining method. “A normal card loom will have four holes, but that’s too simple for Kay,” says D’Alessandro. “She makes her own with six or eight holes. Everything she does pushes technique.” With a concurrent survey of her work at the Craft and Folk Art Museum in Los Angeles, featuring many of her preparatory drawings—exquisite artworks in themselves—Sekimachi is still on the forefront, inspiring new generations of fiber artists while breathing life into an ancient craft.

A version of this article appeared in the September 2016 issue of SFC&G (San Francisco Cottages & Gardens) with the headline: The Fiber of Being.