The History of Maison Goyard and Their Iconic Trunks

The history behind some of the world's most famous brands is always fascinating. Take Goyard, for instance, an iconic brand that started in 1792 and has been renowned for its craftsmanship and personalization process known as marquage. The luxury luggage brand touts The Duke of Windsor and Coco Chanel (among others!) as fans, and we got to learn what makes it so special by sitting down with the team over at Goyard. Read on to learn more about this iconic French brand. 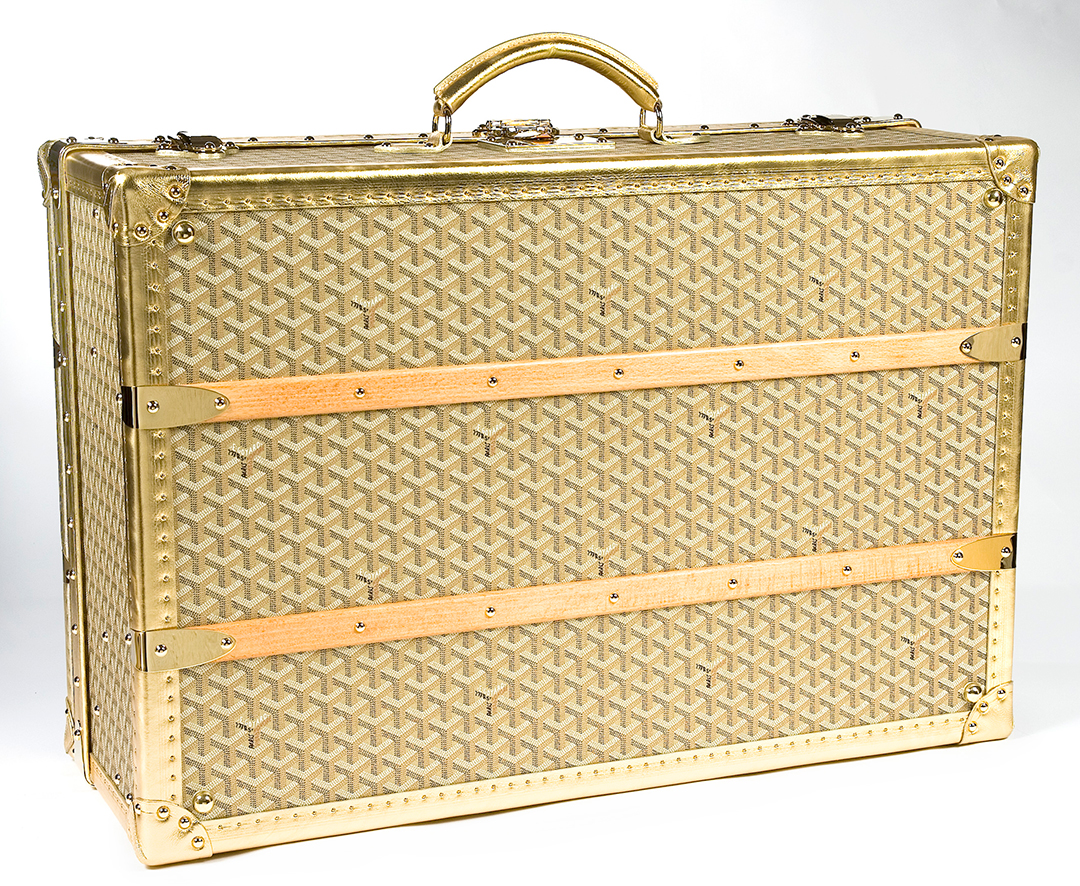 1. Tell us about the history of Goyard. How did the brand come about?

The Maison was founded as the House of Martin in 1792, where it specialized in box-making, trunk-making and packing, at a time, when the golden age of trunk-makers in the late 19th century was yet to be realized. Martin’s offering focused on the delicate art of garment folding, and quality packing services for fragile furniture and objects. The Maison quickly became a favorite of the French aristocracy, and was eventually granted the prestigious title of the official purveyor of HRH Marie-Caroline de Bourbon-Siciles, Duchess of Barry. The Maison evolved to become the Maison Morel, when Louis-Henri Morel married into the family. In 1845, Morel hired Francois Goyard, as a young apprentice. The 17 year-old boy received training under both Martin and Morel. When Morel suddenly passed in 1852, Francois took the reins, where he remained for 32 years, until his eldest son, Edmond became the head in 1885. The Maison remained with the Goyard family until 1998, when businessman Jean-Michel Signoles, acquired it. 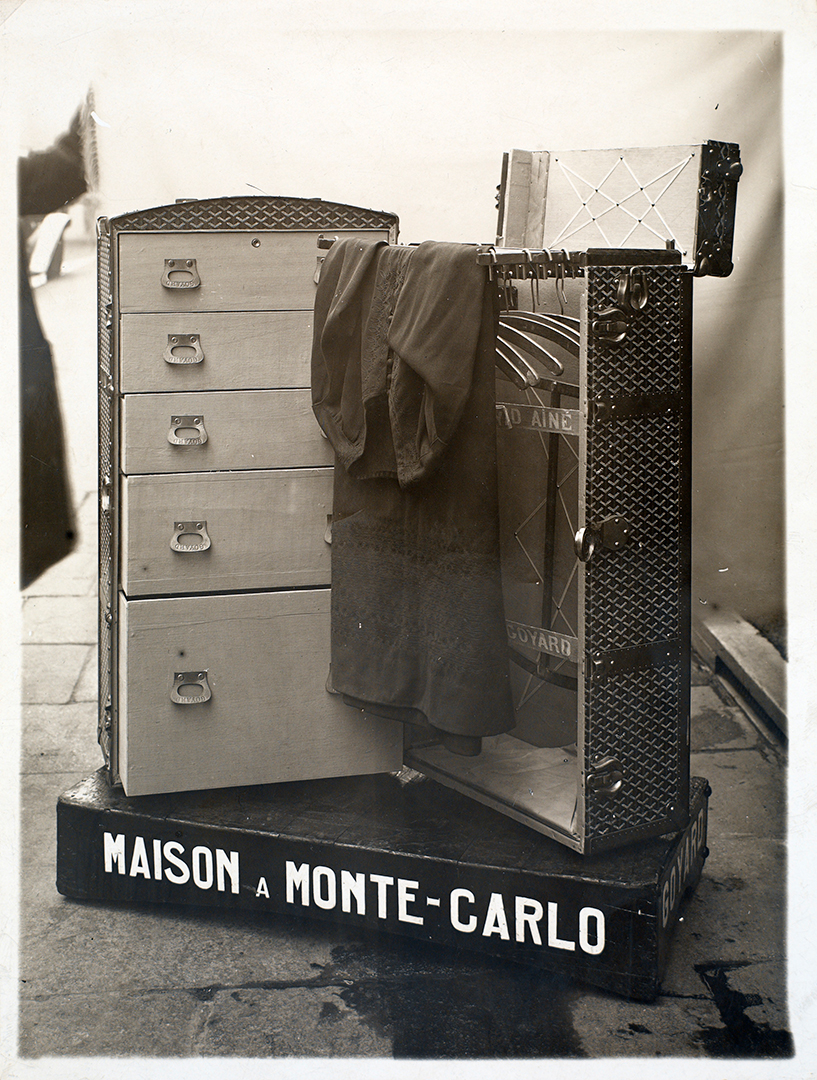 2. Tell us more about the personalization process.

The personalization process or marquage, as it is widely known in France has been perpetuated by Maison since its inception in 1853. The marquage process or “art of the hand,” was very much a necessity in the late 19th century, in order to distinguish one owner from another by hand-painting their initials and numbering each trunk. Over time, it became more of a stylish endeavor with many of Goyard’s notables designing their own distinct marquage. The Duke of Windsor, for example, choose red and yellow stripes while The Duchess, light blue and yellow. Coco Chanel, silver and red. We encourage our clients to personalize their pieces to make it truly one-of-a-kind. We offer a team of highly-skilled painters in several workshops around the world to meet the demand in all markets.

3. Tell us more about how are the handbags and trunks are made.

All of our handbags and trunks are carefully constructed by our artisans in our workshops in France. The distinct Goyardine chevron fabrication illustrates the history of the Goyard family as log drivers from the village of Clamecy, in the province of Burgundy. They were members of the Compagnons de Riviere, French for “The Companions of the River,” a guild of transporters that moved firewood by inland waterways from the forests of Morvan to Paris. When Edmond Goyard created the Goyardine canvas in 1892, he was inspired by his family history, the dotted v-shaped pattern clearly hints at logs driven by his ancestors, and although the appearance of the fabric is similar to leather, the Goyardine is made from a weave of linen and cotton that the Compagnon de Rivieres used for their protective clothing while working on the river. Both hard-wearing, light and water-resistant, the Goyardine canvas proved a true technical revolution at a time when other trunk-makers were using plain linen cloth. 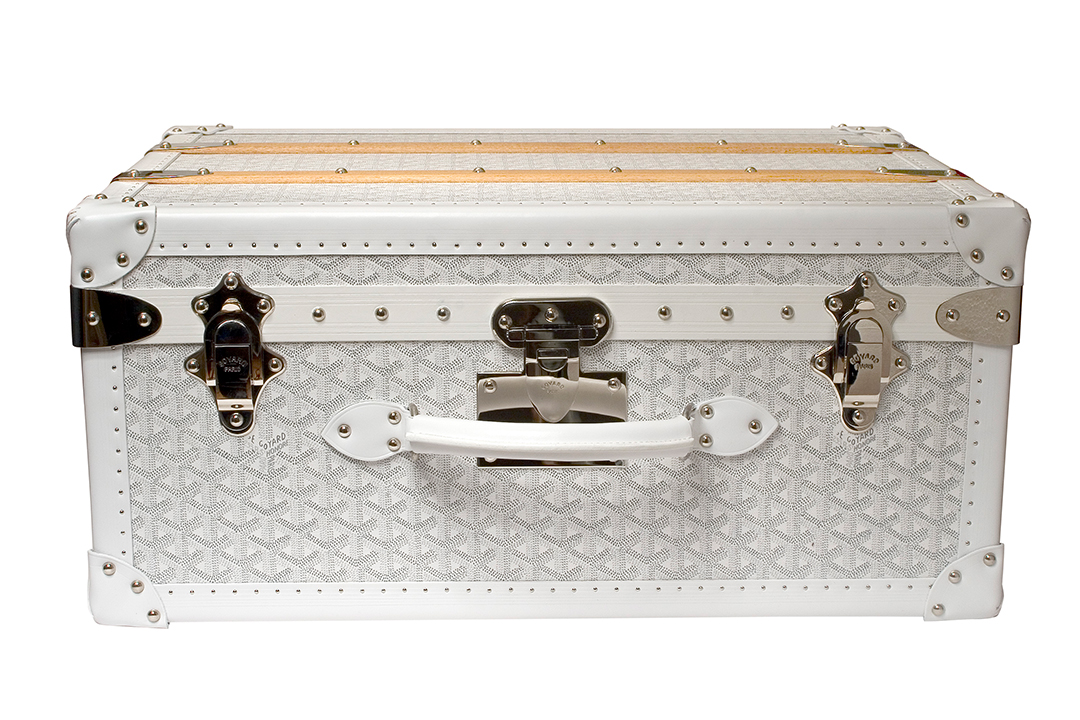 4. Why do you think the brand has remained so timeless?

Goyard has remained timeless by staying true to its roots as a producer of fine trunks and handbags. We have perpetuated this savoir faire and craftsmanship which propelled the brand to greatness in the 19th Century. Under the leadership of Jean-Michel Signoles, we adhere to the same strict guidelines today as we did at our inception in 1853, to produce trunks and handbags of the highest quality; each hand-crafted piece is something to behold for generations to follow. We consider ourselves to be a trunk-maker first and foremost and have not diluted the essence of the brand by producing superfluous items or following fashion trends. 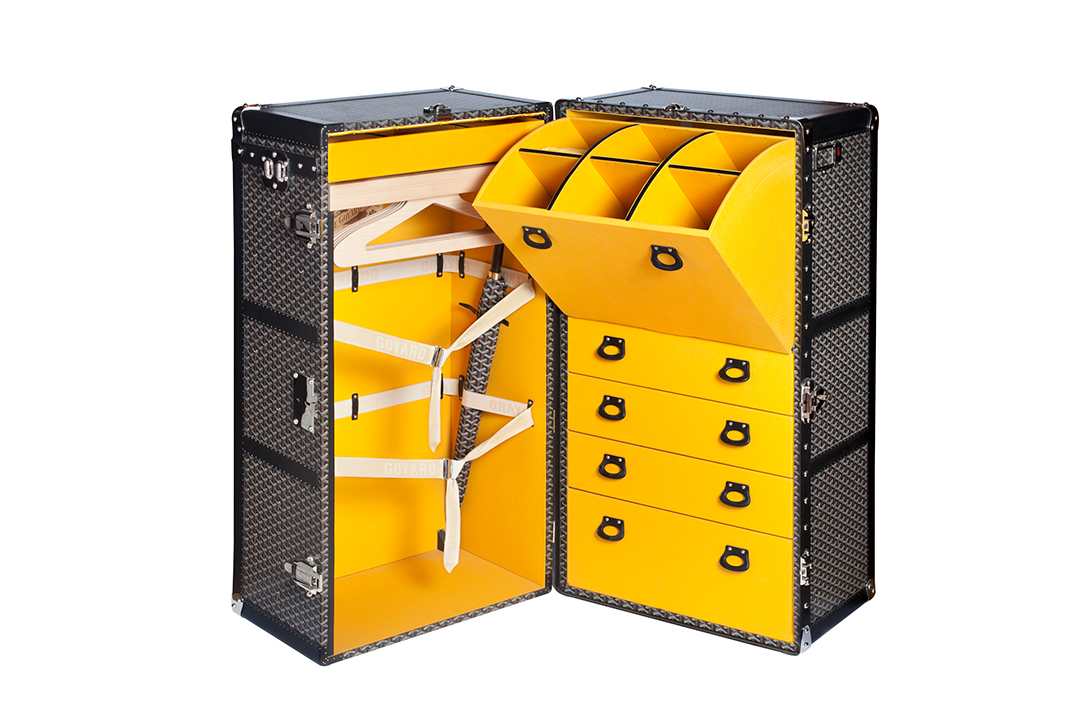 5. How would you describe the Goyard style?

The Goyard style is simply understated elegance. Classic and timeless, our designs reflect the past, but also celebrate the future, as we strive to create styles which not only reflect our roots, but provide quiet sophistication and versatility.

6. Anything else to add about Goyard?

Throughout our history, Goyard has been committed to meeting the highest standards in terms of excellence and style. A desire to excel through innovation and a sense of tradition garnered many awards, specifically under the leadership of Edmond Goyard, son of founder Francois, who was a visionary, and who dared to challenge tradition by participating in the World Exposition of 1900, at a time when it was highly unusual, if not completely bold. Goyard was highly recognized and awarded a bronze medal, the first of a series of prestigious accolades: gold medal at the World Exposition of Milan (1906), gold medal at the Franco-British Exposition of London (1908), honorary degree at the World Exposition of Brussels (1910), grand-prix at the Exposition of Ghent (1913). Goyard also participated in a non-competitive basis the Panama Pacific International Exposition of San Francisco (1915), the Expositon of Strasbourg (1919), and the International Expositon of Modern Industrial and Decorative Art of Paris (1925, honorary degree).