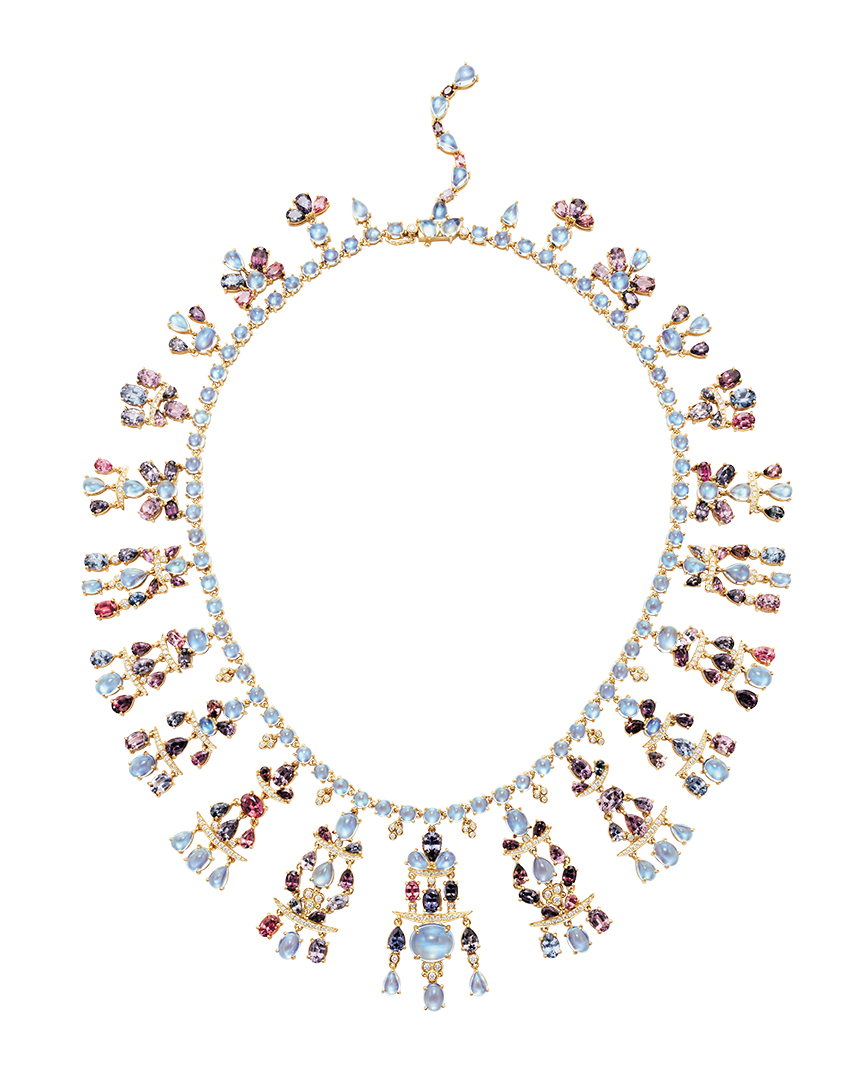 “I make jewelry in a very traditional way for modern women who are mostly buying for themselves,” St. Clair says. “I call it ‘slow jewelry.’ It requires focus and patience. Sometimes you need to take a piece apart and begin again. It may take months to get right.”

Her rock crystal amulets, inspired by an amulet and charm collection of the Florentine Medici family, are her most-recognizable creations. “With me, everything starts from the amulet and the significance of it having been the first form of human adornment,” says St. Clair. “Superstition associated with amulets has been pervasive since the beginning of time.” A self-described anthropologist and jewelry historian, she strives to understand how and why people choose their jewelry. St. Clair is the first American woman to have her work represented in the permanent collection at the Musée des Arts Décoratifs at the Louvre. The Tolomeo pendant is based on the ancient supposition that the Earth was at the center of the universe. 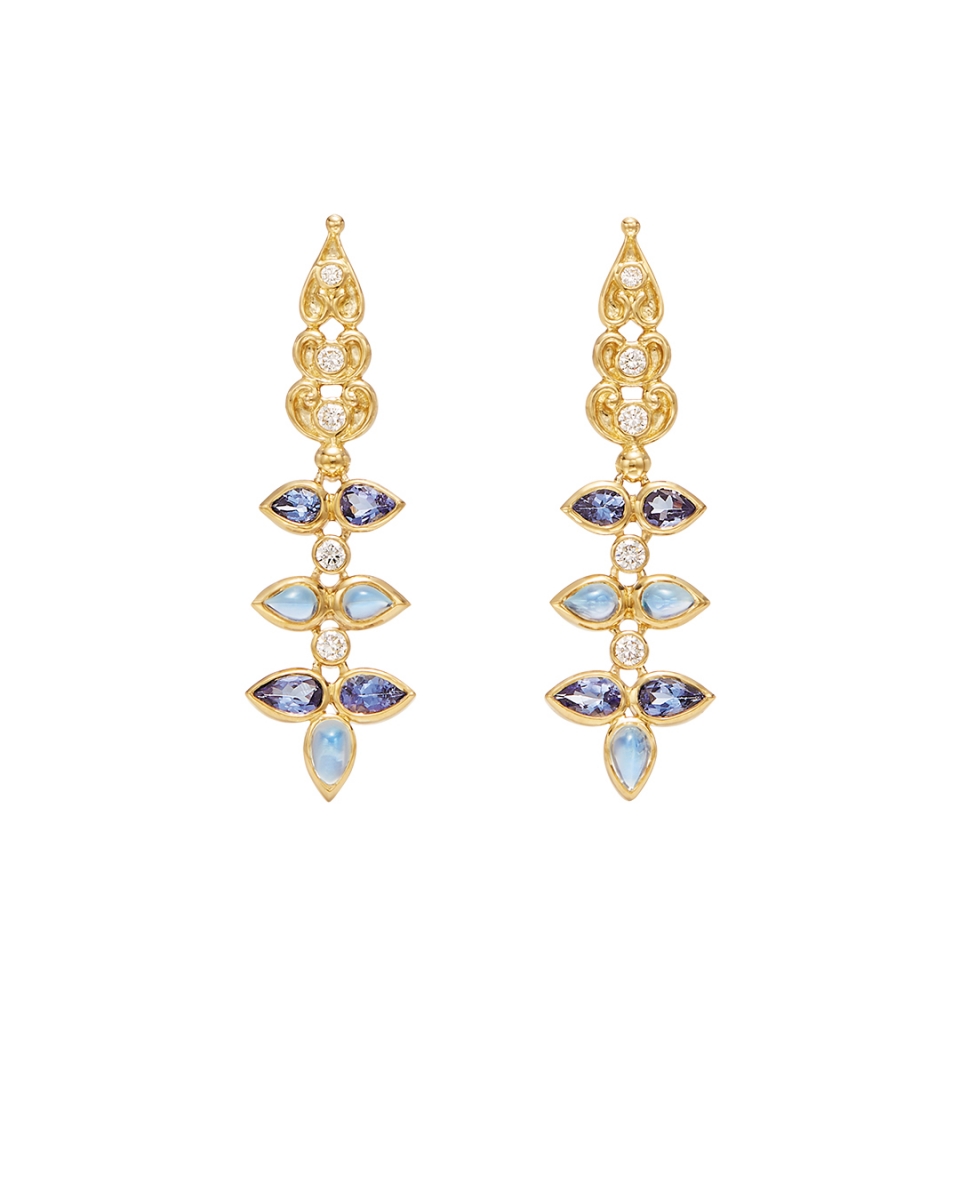 Her new collection was inspired by a journey along the Silk Road. “I feel like I’ve been on the Silk Road all my life, filling in all the missing parts along the way,” she says. Noting a stop at the Buddhist cave temples in Dunhuang in far western China, St. Clair explains the Silk Road was not only a merchant road: “It was literally a spiritual path.” This collection is a metaphysical journey on which her designs “make their way through the desert to Persia, and then become colorful when you hit the oasis, and arrive at last in Dunhuang.” The jewels are inspired by Buddhist cave murals and are interpreted in Chinese and Oriental shapes. Her current fascination is with spinels. “The stones are very painterly, almost like watercolors,” says St. Clair, who feels she is “painting with gemstones.” Her favorite new piece is the Seta Moon necklace: “It makes me think of the murals I saw; it transports me to another place and time and style.”

A version of this article appeared in the November 2018 issue of CTC&G (Connecticut Cottages & Gardens) with the headline: Far-East Influence.