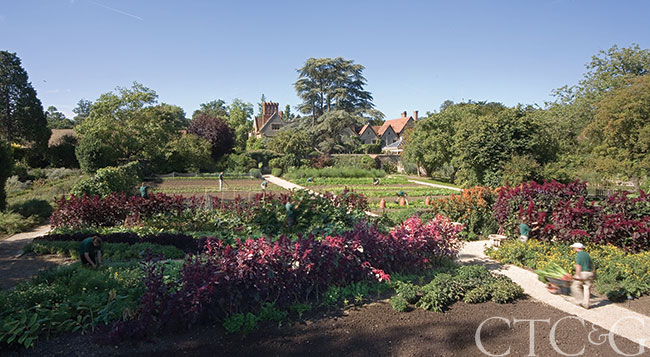 With more attention these days on what we eat and where it came from, a robust and well-tended kitchen garden has become a bragging right for gourmand properties around the globe. We’ve selected a few stunning destinations, whose lettuce beds and towering stalks tickle our green thumb, as well as one property close to home that, like its exotic colleagues, ensures what we see out the window is exactly what we will see, exquisitely prepared, on the plate.

LE MANOIR AUX QUAT’SAISONS, OXFORDSHIRE, U.K.
Hardly an unknown in culinary circles, owner and chef Raymond Blanc has had his own BBC series and cookery school for years. Le Manoir Aux Quat’Saisons is the bar that defines hotel kitchen gardens. As a winner of Relais and Chateaux’s prestigious Garden Trophy (one of only two properties in the world earn an award for demonstrating exceptional and creative taste in aesthetic shaping of an environment), Le Manoir’s garden includes vegetables, cloche tunnels, herbs and apple and pear orchards. The two-acre vegetable garden is 100-percent organic and supplies 90 types of fresh salads and vegetables for the coveted restaurant, including exotic varieties from Asia as well as hundreds of courgettes grown for their delicious flowers. The garden is just steps from the stately manor’s back door. 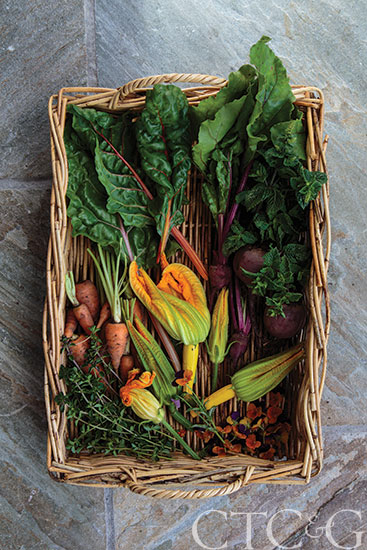 THE FARM AT CAPE KIDNAPPERS, HAWKES BAY, NEW ZEALAND
Set within the dramatic landscape of rolling hills and steep cliffs above New Zealand’s sparkling Hawkes Bay, the Farm at Cape Kidnappers is one of the most beautiful properties in the world. With 6,000 acres, the working farm offers a veritable feast for the eyes. The organic kitchen garden is tucked below the main building and occupies 10 raised beds on a quarter acre lined with fruit trees. Guests are encouraged to take daily tours offered by the head gardener. This year, the farm succeeded in growing sweet corn, a crop that has proven difficult in the past. The chef paired it with the farm’s own lamb as well as carrots, zucchini and snow peas, so that everything on the plate came from the Farm, including the micro-green salad and the herbs used to flavor the dish. 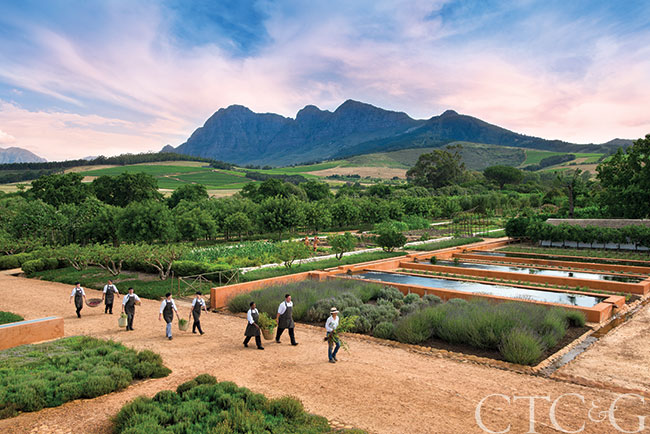 BABYLONSTOREN, PAARL, SOUTH AFRICA
Named after the mythical garden of Babylon, South Africa’s Babylonstoren, a Cape Dutch farm in the Cape’s wine region, is a fantasy come true, particularly for the gardener. Spanning eight acres, the garden offers more than 300 types of edible plantings. The irrigation system uses gravity-fed waterways from a spring, (just as it was done centuries ago), giving the garden an incredibly natural feel, which is best appreciated when foraging for your meal—a typical activity for diners at the property’s organic restaurant, Babel. Tours from outside the hotel are a daily occurrence here, but for those who care to appreciate the garden’s full bounty, it's best to stay the night and spend the morning pruning and planting followed by an afternoon of harvesting and pickin. 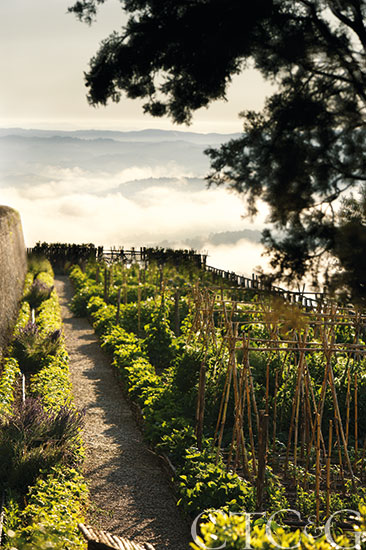 CASTIGLION DEL BOSCO, TUSCANY, ITALY
Amassing one of the largest historic estates in Tuscany’s Val d’Orcia area, Castiglion del Bosco features a castle, church and its own borgo (small village), as well as an 18-hole golf course and a sumptuous kitchen garden. Designed by master gardener Paolo Giobbi, the former Vatican gardener, this organic garden features more than 180 crops, including seven different types of tomatoes, two varieties of basil, artichokes, black cabbage, asparagus and various herbs, such as mint, sage, thyme and chives. The garden more than satisfies the estate’s multiple kitchens, allowing chef Enrico Figliuolo to create seasonal menus with plenty of variety. Cooking classes bring guests into the 6,500-square-foot garden, where they learn to tend and then gather the vegetables prior to cooking with them. 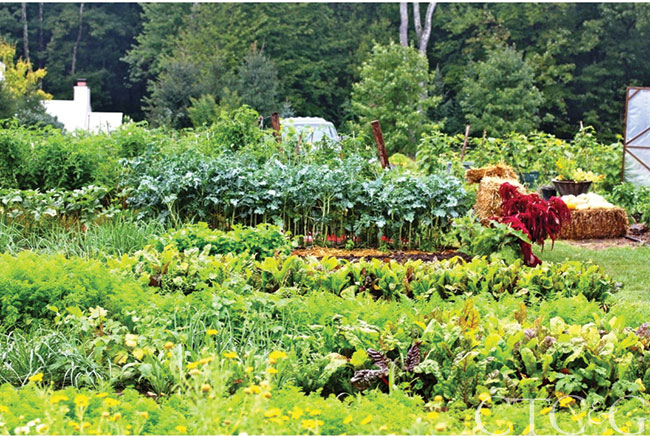 WINVIAN, MORRIS, CT
With 18 unique freestanding cottages set amidst Litchfield County’s pastoral landscape, Winvian is Connecticut’s most whimsical getaway spot. This creativity extends to the kitchen, where Chef Chris Eddy presides over a menu that is predominantly cultivated from his garden’s output, which he lovingly refers to as his “babies.” He is especially proud of the success he enjoyed with ginger, turmeric and galangal all in the same year. The three-acre kitchen garden spans three different locations, including one that can be spied from the windows of the dining room, and features four high tunnels, with another planned for this spring. Guests are encouraged to roam about the garden: One guest even requested to pick her own salad ingredients. The bountiful garden produces more than enough food to satisfy the restaurant, allowing Winvian to sell some to other restaurants, as well as donate the rest to the community.

A version of this article appeared in the May 2014 issue of Connecticut Cottages & Gardens with the headline: Moveable Feast.

Browse More Articles from the May Issue