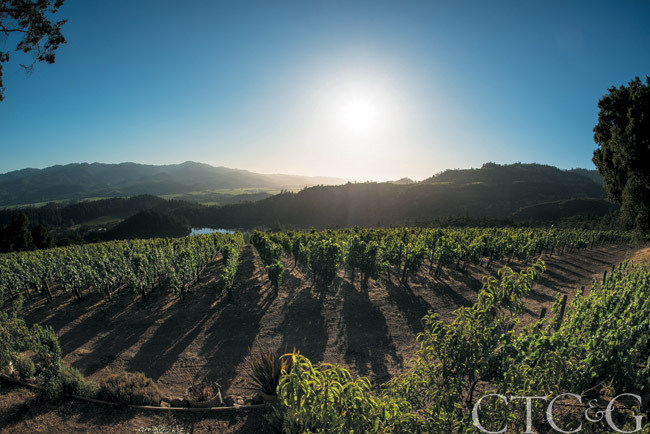 Just before harvest this year, I attended a wondrous 14-hour-a-day immersion trip to Napa Valley, which, surprisingly, produces only 4 percent of California’s wine. I met with 32 winemakers, tasted close to 200 wines and traversed the region from the valley floor in Calistoga at Davis Estates to the top of Spring Mountain at Cain Vineyard & Winery. By the end of my stay, one theme had emerged: The kids are taking over in Napa.

A vintage Cabernet dinner in Cain’s barrel room brought together a group of stars on the rise. With grilled lamb chops, Harrison Heitz, the heir to nearby Heitz Cellars, poured the 2005 vintage of his family’s esteemed Martha’s Vineyard Cabernet—a great single vineyard Cab known for its minty finish. Also poured was the lovely, nuanced 2002 Alta red blend from Farella, presented by next-generation vintner Tom Farella. Later, at a class on “alchemy,” Christopher Vandendriessche—second-generation winemaker at White Rock Vineyards—covered his yeast regime for his outstanding Burgundy-style Chardonnay. 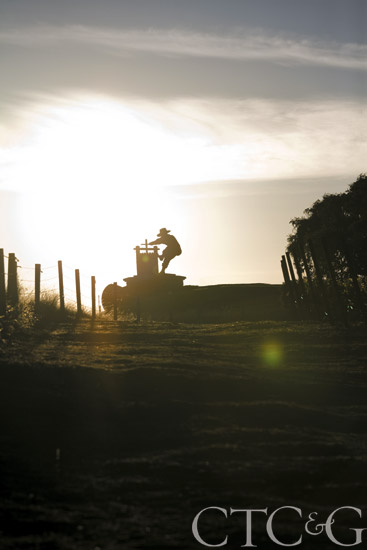 Some area up-and-coming winemakers have started their own trade group, NG: the Next Generation in Wine, which has more than 30 winery members. “A part of carrying on the family tradition is to continue pushing the envelope like our parents did,” said Brandon deLeuze, whose family winery ZD Wines makes Abacus ($600), a unique solera-style multi-vintage Cabernet blend. Lisa Broman Augustine of Broman Cellars, a founding member of NG, summed it up: “Our mission is to elevate our tiny region.” And the group’s president, Garrett Busch of Trinitas Cellars, said: “We can get creative by introducing nontraditional blends.”

Patsy McGaughy of Napa Valley Vintners offers an insider’s perspective on the rise of young vintners: “Thirty percent of our members have multiple generations involved, which isn’t surprising, since 95 percent of Napa Valley wineries are family-owned.” Offspring seem to fall into three categories: entrepreneurs striking out on their own, innovators shaking up the family business, and classicists sticking to the status quo.

Young buck Will Harlan has come out with his own label, The Mascot, which is destined to be another cult wine, like his father’s Harlan Estate. Napa is rife with innovators like Lindsay Hoopes, who gave up her job as a prosecutor to produce luscious Cabernet at her family’s Hoopes Vineyard. Alan and Janet Viader, the sibling duo at Viader Vineyards, moved beyond their mother’s Cabernet blends, introducing the Dare line of wines. And at Silver Oak Cellars, brothers David and Tim Duncan have done innovative work in rebuilding after a fire in 2006, including acquiring a cooperage where they make their own barrels.

The last group, devoted to keeping a good thing going, is best exemplified by Bruce and Dennis Cakebread, heirs to Cakebread Cellars, who are continuing the work their parents began. Other rising stars include Will Phelps and Elizabeth Neuman, third generation at the iconic Joseph Phelps Vineyards; Hailey and Loren Trefethen, third generation at Trefethen; and Christina Turley, second generation at Turley Wine Cellars, championing old vine Zinfandel.

A version of this article appeared in the October 2015 issue of Connecticut Cottages & Gardens with the headline: Napa Valley's Rising Stars.