A gin and tonic is the very essence of summer. But in the past few years, several distilleries have been producing top-notch, small-batch gins that deserve a lot more than a splash of tonic. 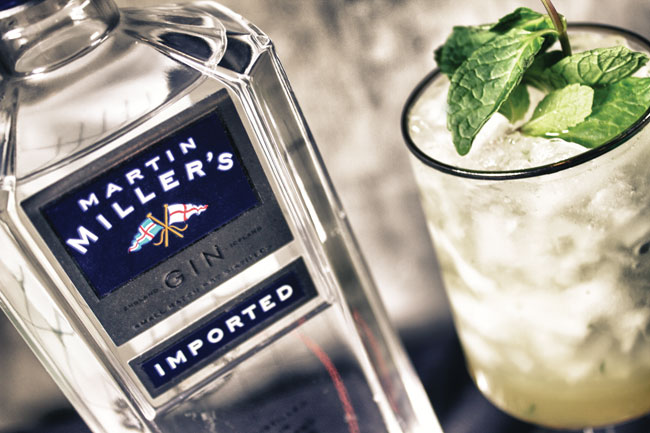 A gin and tonic is the very essence of summer. But in the past few years, several distilleries have been producing top-notch, small-batch gins that deserve a lot more than a splash of tonic. Botanical tinkering among creative distillers has yielded depth and complexity that warrants a steep asking price ($40 to $60). Unlike top-shelf vodka, where stripping off flavor is the key to success, gin makers vie to amp everything up. They layer in flowers and herbs, and toy with exotic ingredients like Indian sarsaparilla, angelica root, elettaria cardamom, and Florentine iris. The resulting nuances inspire cocktail creators to move way beyond G&Ts.

Nolet’s Silver Dry Gin has been on the U.S. market for a couple of years and produced in the Netherlands for approaching three centuries. This incredibly fragrant gin has high notes of Turkish rose and undertones of raspberry and peach. Nolet, made in small copper pot stills at Holland’s oldest distillery, packs a serious punch (at 95 proof).

Oxley Dry Gin from Britain is just as potent as Nolet (at 94 proof) and as beguiling in its own way, with a distinct citrus taste. Its almond aroma comes from an infusion of meadowsweet, a wild herb that grows along U.K. riverbanks. Among the 14 botanicals, though, it’s grapefruit that lingers most on the tongue. Oxley, relatively new to the market, is cold-distilled at sub-zero temperatures, which allows fresh ingredients, like citrus peels, to go into the mix. It’s produced in very small batches—just 240 bottles a day.

Another splendid addition to the gin lover’s repertoire is named for its founder, British tycoon and bon vivant Martin Miller, who owns a collection of country manor hotels. Though it’s been around for more than a decade, the brand—made in the London dry style—has only recently been gaining real traction here, after garnering numerous spirit awards. It’s twice distilled, in the traditional pot-still method, with an offbeat host of botanicals, including cassia bark, coriander seed, licorice, cucumber and lime. The silky distillate, blended with Icelandic spring water, is best enjoyed in a straight-up martini.

Along with the original Martin Miller release, which clocks in at a moderate 80 proof, there’s a second more potent 90-proof expression. This Westbourne Strength Gin stands up well to gutsy mixers like Campari and sweet vermouth—the optimal triumvirate for a top-notch Negroni.