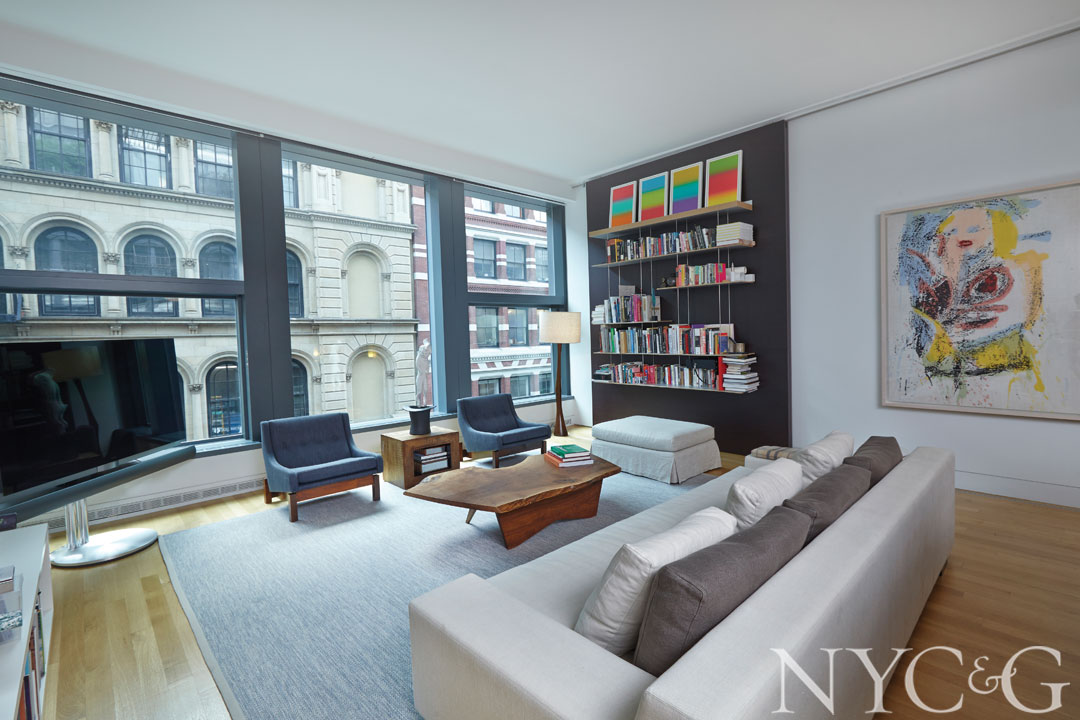 Searching for a flat with a little je ne sais quoi? Something with international flair and global provenance? Look no further than New York, where actor Daniel Radcliffe, best known for playing the bespectacled boy wizard Harry Potter, is renting out his apartment at 40 Mercer Street for $19,000 a month. He bought the two-bedroom, 1,800-square-foot SoHo loft in 2007 for $4.3 million, presumably without any financing from the Gringotts Wizarding Bank. At 135 West 4th Street, a condo penthouse formerly inhabited by two kinds of gods—a European Adonis and the real deal—has just hit the market for $12.495 million. Located in a converted church and featuring original stained-glass windows, the apartment was rented out for a time by actor Jude Law, but catcalling NYU students in the dorm across the street led to his abdication (he famously pelted peeping undergraduates with oranges from the 500-square-foot terrace). Yet another Brit, Rag & Bone co-founder Nathan Bogle, has found a buyer for his two-bedroom at 241 Eldridge Street, which sold for its asking price of $1.575 million. With exposed-brick walls and four exposures from 15 windows, the 1,142-square-foot pad is a fifth-floor walkup—great exercise, especially if the new owner favors wearing Bogle’s streamlined clothes. Uptown, Canadian-born interior designer Amanda Nisbet has listed her four-bedroom Carnegie Hill co-op for $4.45 million. The 30-foot living room has a woodburning fireplace and nine-foot ceilings—not to mention a bathroom with fuchsia wallpaper. Nothing Loonie about that, particularly since Nisbet is known in the decorating world as the Queen of Color. Meanwhile, Thai-born fashion designer Thakoon Panichgul has moved out of his rental in West Chelsea, having purchased a 1,600-square-foot full-floor Tribeca loft for $2.7 million, and Argentinean architect César Pelli has closed on a five-bedroom apartment on the fifth floor of the San Remo, where neighbors include Steven Spielberg, Demi Moore, and Bono. Pelli, whose work dots the globe from Tokyo to Spain to Mexico, purchased the pad for $17.5 million. Talk about a worldview: The apartment’s 24 windows span 65 feet and overlook Central Park.

A version of this article appeared in the December/January 2016 issue of New York Cottages & Gardens with the headline: Foreign Exchanges.