The Obamas Have Reportedly Bought a Home in Rancho Mirage, CA 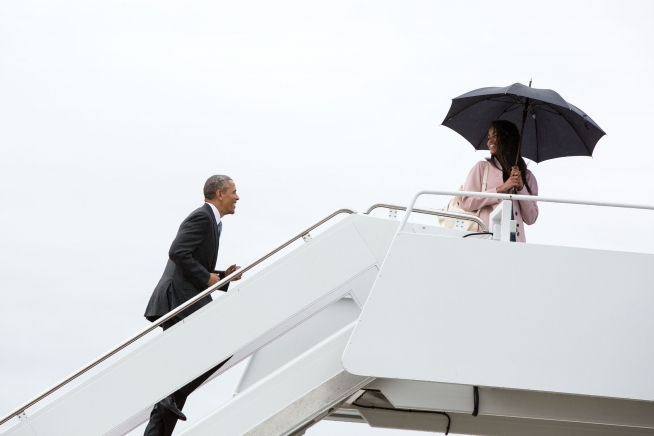 While their immediate plans post-White House are to move into a nine-bedroom mansion in DC while their younger daughter Sasha finishes high school, sources tell Page Six that the Obamas have also reportedly purchased a home in Rancho Mirage, CA.

If the first family does go bi-coastal, Obama will not be the first president to take up residence in Rancho Mirage. Former president Gerald Ford also retired there, and the town is home to Sunnylands, the estate that is thought of as an unofficial West Coast Camp David.

While there is no information yet on the particular home the Obamas have purchased, Page Six noted that it would likely be decorated by LA-based interior designer and Rancho Mirage resident Michael S. Smith, who was hired to decorate the Oval Office during Obama’s presidency.