For those with millions to spend who yearn to be ‘a little bit Alexis,’ this is a rare chance to do just that. The interiors of this Toronto mansion, known as La Belle Maison, starred in the opening scene of Schitt’s Creek, playing the important role of the Rose family’s lavish home. In the pilot, it was confiscated from them, sparking the plot of the entire show. Now, the gilded property is seeking $21.888 million CAD, or approximately $17.7 million USD.

Though the estate did not appear much as the characters’ opulent lifestyle quickly slipped away, the rooms set the stage for their dramatic relocation to Schitt’s Creek, only appearing once more in a holiday episode. The areas that will look most familiar to fans include the main level, the grand staircase under a dome of frescoes, and the upstairs level. Throughout these locations, the Roses screeched at federal officials while clinging to their flashy belongings as everything was being taken out. 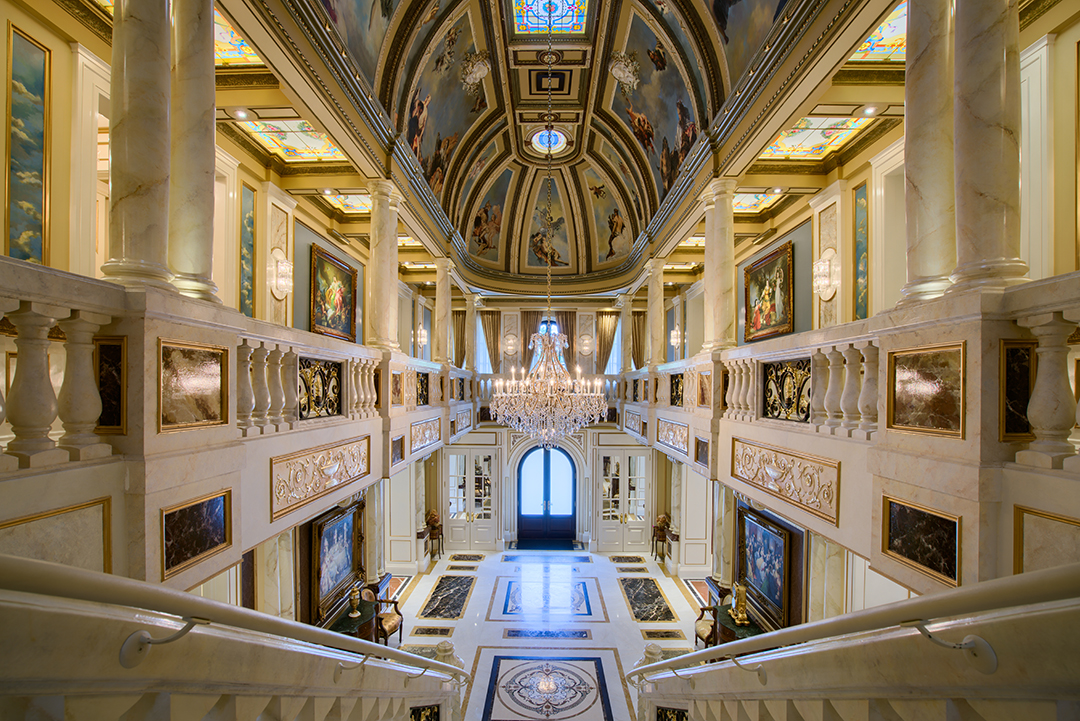 Prior to their fall from wealth, it’s easy to imagine the high-maintenance family of four living large here. Built and designed by Van Lapoyan, the 24,000-square-foot home holds 14 bedrooms and 16 bathrooms. Inspired by French 17th-century style, aka the era of Versailles, it even has a custom-designed banquet hall with mirrored walls and room for 150 guests.

There’s nothing subtle about the property. Far from the vibe of the Roseland Motel, it holds indoor and outdoor saltwater pools, a wine cellar, a home theater, a four-story elevator, and a driveway with a custom pavement design.

A TV star home, now it is naturally looking for its next act. Daniel Milstein and Aaron Kirman at Aaron Kirman Group of Compass and Khoren Mardoyan of Homelife Vision share the listing.