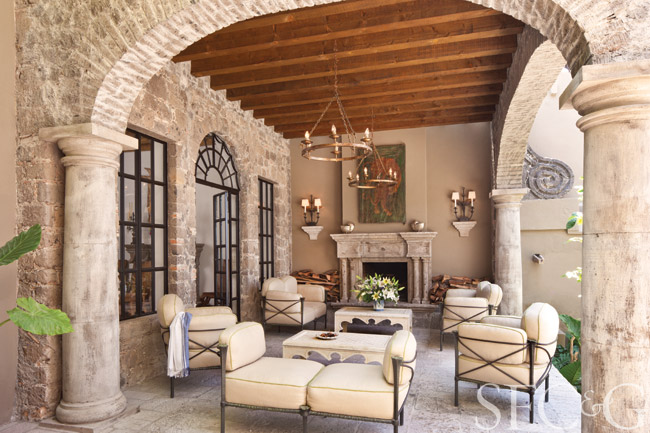 SFC&G: Your firm is nearing its 20th anniversary. How did it all begin?

Andrew and I met through mutual friends, but we didn’t have complementary taste. I grew up a strict Modernist, and he lived in the wildest apartment with the wildest things. But, after dating for a year, we decided to move in together. That was 18 years ago. 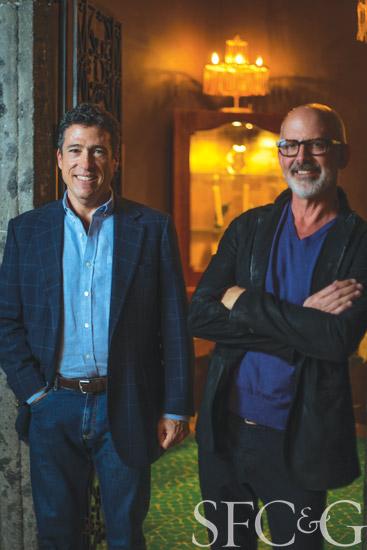 In your book, Artful Decoration (Monacelli Press, 2013), you pay homage to past designers. Is there one you would like to have been?

I’d pick Billy Baldwin. He did beautiful, fresh, inventive interiors. For Andrew, it would be Renzo Mongiardino—he had such an insane imagination and an incredible clientele with the budget to do whatever he wanted.

Your new San Francisco showroom, Casa Acanto, evokes a 1920s or 1930s movie set. What was the inspiration behind the design?

Retail has become so homogenous and globalized, a lot of the fantasy is gone. I like it when people walk into someplace magical and surprising.

Why did you name it for the acanthus tree?

It’s one of Andrew’s favorite motifs: You’ll find it on every Corinthian column and classical facade. The trees also grow in San Miguel, and so we named our vacation house and store for them.

Speaking of your San Miguel home, it is decorated with a fabulous mix of elements: Irish chairs, a French table, contemporary Mexican tiles. Is there anything that doesn’t go together?

When I was in design school, I’d say, "I can’t imagine anything worse than orange and brown!" (I guess I’d never seen an Hermès box!) But I’ve learned that there are no rules. You do have to have a classical education, a sense of what came before, but then you have to trust your eye to balance proportion, color, light and texture.

Who would be your ideal client?

Peggy Guggenheim. She had a huge sense of adventure. She bought the unfinished basement of a palazzo and turned it into a house that’s so cool. The terrazzo floor with abalone blows my mind. She was living large with tons of spirit and gusto—and a big budget!

A version of this article appeared in the May 2014 issue of San Francisco Cottages & Gardens with the headline: Fisher Weisman.

Browse More Features from the May 2014 Issue of SFC&G