Honoring connections between past, present, and future. 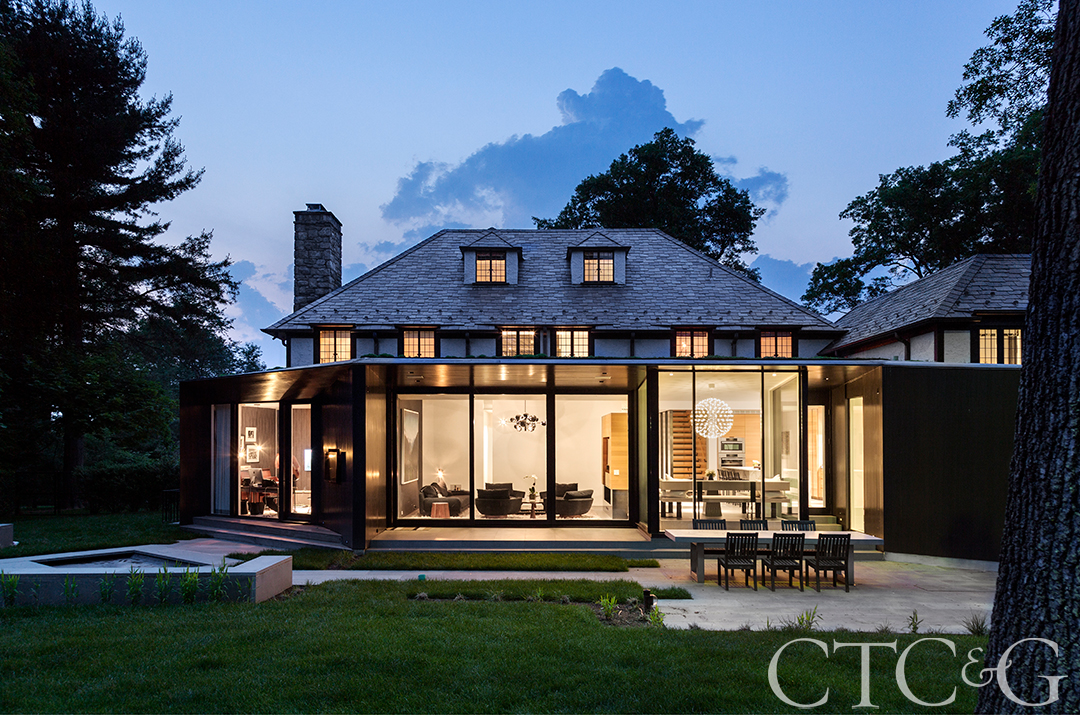 Architecture, according to Karsten Harries, Yale professor of Philosophy & Architecture, “reaches for the sky and yet remains anchored in the ground. It reaches into the future while tethered to the past.” Architecture is what makes the world our home. Yet architecture should also question, challenge and respond to changing ways of life. This question between what is, has been, and what might be is the essential tension in architecture and life itself.

Tudor Revival houses from the 1910s–1940s, reaching their height of popularity in the 1920s, evolved from the Gothic Revival movement. This return to nature—toward the idea of growth and form evolving and decaying over time—gave rise and voice to a much broader range of raw, organic materials. It led to a more creative, individual touch and expression in building as a reaction to the Industrial Revolution and its dehumanizing forces. It also led to the summoning idea that art and architecture are the direct expression of the social conditions and health of the society in which they were a part.

In Tudor Revivals, we can sense the boundaries between inside and outside are no longer clear and distinct. Rather, they are increasingly more connected and fused as the 19th-century Tudor Revival house evolves and changes, and the Midcentury Modern house design emerges. The key insight is increasingly that “the window replaces the wall” and flexible space increasingly replaces the static. 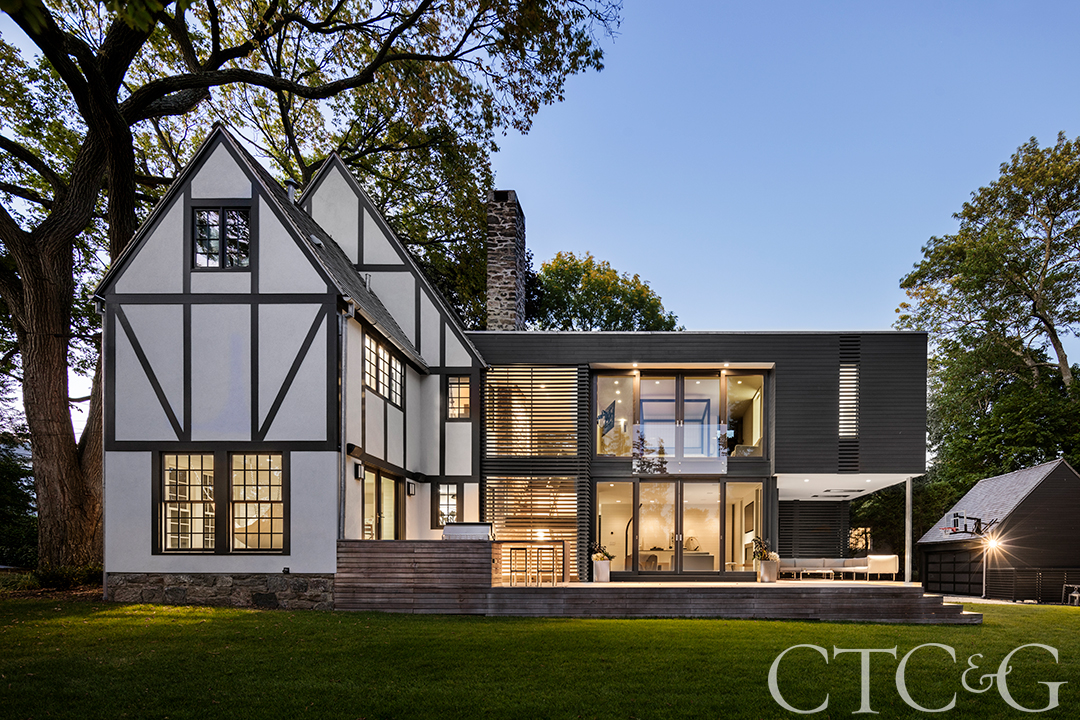 Endless variations of materials and details give these homes a special character. The sense of age, of incompleteness, its emphasis on material, roughness, texture, asymmetry, irregularity, imperfection, and the touch of the human hand are all at play. It elicits an emotional experience of time and change—something akin to a memory of a time past. It tends to connect material and form with emotional qualities. It emanates beauty as always changing, evolving and becoming. History and the past are here intimately connected to the future and the structure of possibility.

The most notable feature is the contrast between the black painted timbers and white stucco in-fill walls and some of the eccentric expressions of chimneys and the playfulness of ornamental detail and texture.

As architects sensitive to the past and looking to the future, we at Joeb Moore & Partners have attempted to connect to the past in two recent types of Tudor Revival houses: one from the 1930s in Scarsdale, NY, and the other from the 1950s in Rye, NY. We followed a design process of repair, maintenance and transformation. We deployed a strategy of contrast that borrows from the earlier Tudor reference of “black and white” domestic houses where the black-painted timber frame with white stucco in-fill visually alternate. Our design in one project deploys a series of sharply angled wall-wedges that produce large, deeply set window apertures. In the other, a wood slate system alternates between solid and void, wall and window, shadow and light. Both projects in plan and elevation test inventive ways of thinking about front and back, past and future, and optical and social transparency by connecting interior domestic spaces with the larger outdoor spaces.

The print version of this article appears with the headline: The Tudor Revival House.

This article appears in the July/August 2022 issue of CTC&G (Connecticut Cottages & Gardens).

The Whisky Watercolor Club to Debut Artwork in Sag Harbor