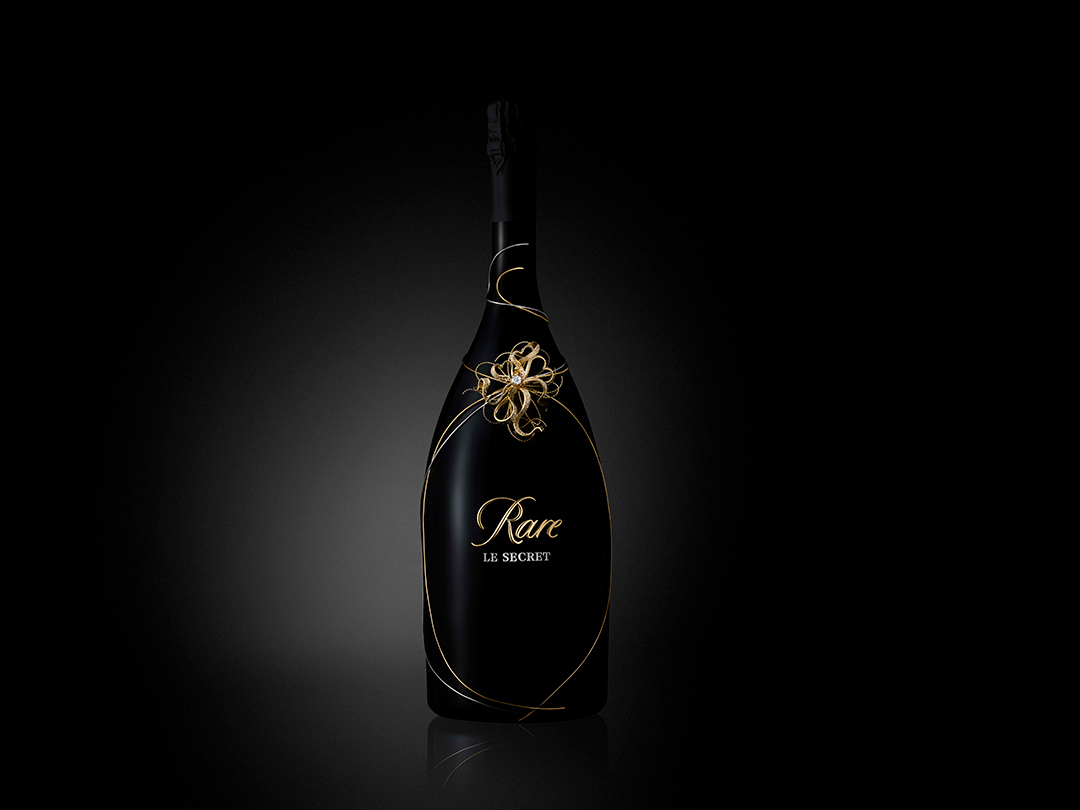 This magnum of the extraordinary vintage 1997 comes adored and bejeweled with a necklace comprised of golden ribbons set with 510 diamonds and a center gemstone. Created by the jeweler Mellerio who specializes in royal sapphire tiaras, the necklace in limited editions of four–diamond, ruby, sapphire or emerald center stones–can be removed from the bottle and worn on fancy occasions. Cellar Master Régis Camus created the blend with zero dosage as a crisp cuvée with citrusy, exotic and smoky notes.

Newly available in the United States, Palmer & Co. was started seventy years ago by a cooperative of seven grower families with 1,025 acres of Premier Cru and Grand Cru vineyards in the Montagne de Reims region. With white flower, citrus and almond aromas, it is aged for five years on its lees giving it a silky texture. Chef de Caves Xavier Berdin says that his guilty pleasure is pairing it with scallop carpaccio.

With aromas of jasmine and acacia and yellow grapefruit and apple flavors, this newly launched blanc de blancs has lively effervescence. Made from 100% Chardonnay from the Montagne de Reims region, it is long aged in Pommery’s historic cellars. Pommery was the first to introduce the Brut style of champagne in 1874 and continues in that vein today releasing a zero dosage vintage in 2004, Cuvée Louise Brut Nature, and low dosage in this blanc de blancs.

It’s rare that a property in the Châteauneuf-du-Pape with its exceptional terroir changes hands. Last year such a coveted vineyard property was acquired by the renowned Guigal family of the Rhône. Third generation winemaker, Philippe Guigal, has taken it over with his father Marcel. The powerful and elegant Grand Vin, a blend of mostly Grenache and Syrah, is stunning with dark cherry and blackberry flavors, hints of spice, integrated tannins and a long finish.

From the Right Bank of Bordeaux’s Pomerol region there are three wines of cult status: Pétrus, Château Le Pin and Château Lafleur. Made from grapes grown in tiny, perfectly square vineyard of only 11 acres with gravely soil covered with rocks, Château Lafleur with dark cherry and mineral notes is a spectacular wine. With equal parts Merlot and Cabernet Franc, it’s at once elegant and powerful.

This Cabernet Sauvignon-dominant blend with 30% Merlot is a real discovery. With most of its grapes grown in Château Lafite’s vineyards in the Pauillac region, it has alluring black pepper aromas, structure, power, integrated tannins, and a lingering finish. A bargain for this quality Bordeaux which really delivers. 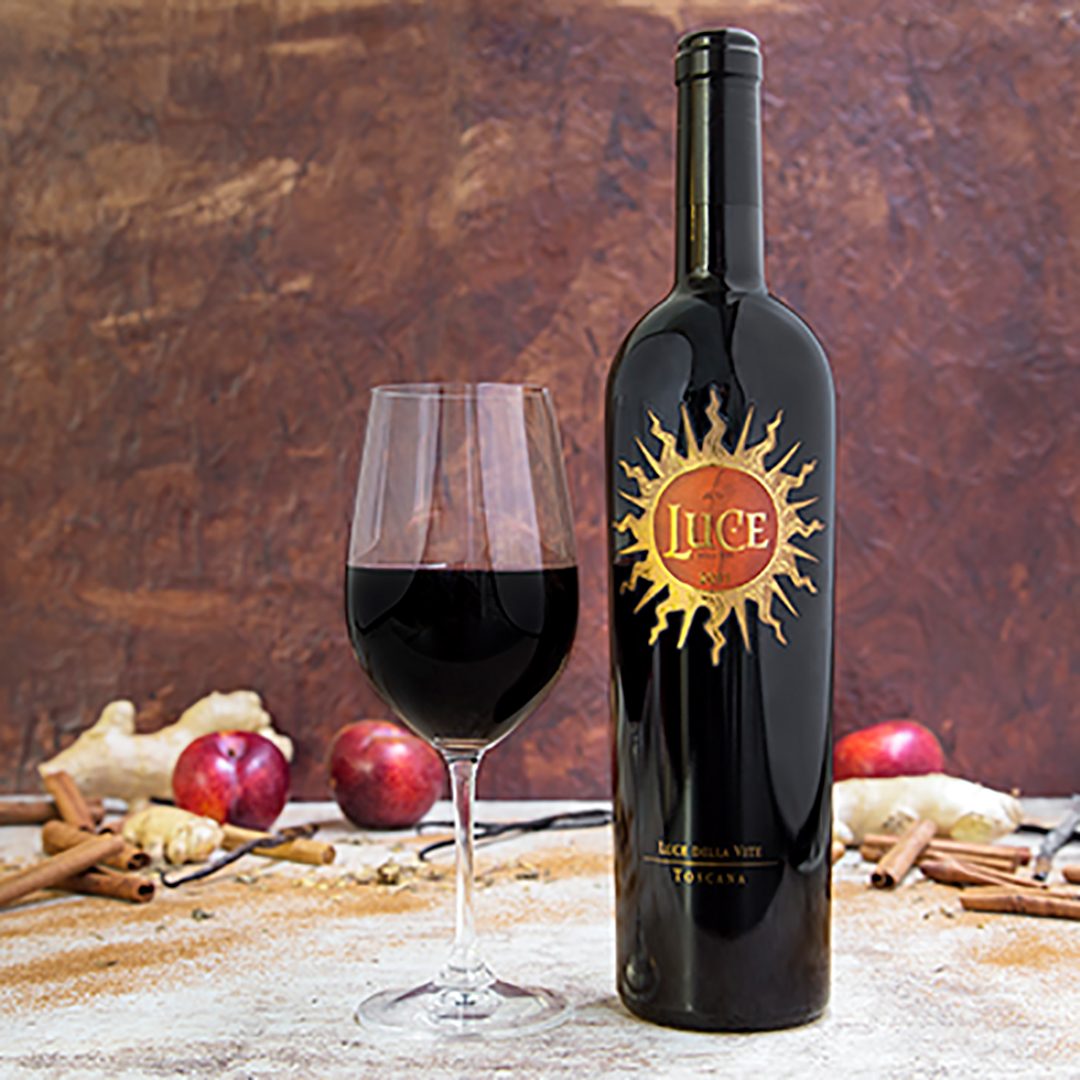 A blend of Sangiovese and Merlot, Luce is a Super Tuscan from Montalcino with pronounced cherry and black plum aromas and nuances of vanilla, ginger and cloves. It displays elegant tannins and a long spicy finish. Luce started off as a collaboration between the Marchesi de’ Frescobaldi and Robert Mondavi families. Since 2002 Lamberto Frescobaldi has fully taken over the brand, which has received high scores from critics since its debut in 1995.

Brunello di Montalcino has always been a favorite of mine since I visited the region a few years ago. This velvety Brunello from Castello Banfi with intense cherry and spicy notes is 100% Sangiovese and crafted from estate vineyards on the southern hills of Montalcino. Castello Banfi is dedicated to the Tuscany region and has acquired more vineyard sites in Bolgheri and Maremma.

From Azienda Agricola Urlari cooperative in the Maremma region near the Tyrrhenian Sea, this Super Tuscan wine is an unbelievable value for a tasty, rich Toscana Rosso and it has a celebrity following in alpine ski racing community. The owner of the Pervale brand, Roberto Cristoforetti, who designs bespoke, competition Lange ski boots and travels the world with the World Cup Ski Tour, drinks Pervale, a blend of Sangiovese, Cabernet Sauvignon and other Bordeaux varietals, with his friends like three-time Olympic gold medalist, Alberto Tomba.

In 1975 movie director Francis Ford Coppola purchased the historic Inglenook in Rutherford and has spent the last 40 years bringing the vineyards and winemaking back to the level of its 1879 legacy. With aromas of blackberry and dark fruits and nuances of spice and mocha, Rubicon, a blend of Cabernet Sauvignon with a touch of Merlot, aged for 18 months in new French oak, is a beauty.

A rich and complex Cabernet Sauvignon with dark fruit, almond and herbal notes consistently earns the highest scores from critics. I’m very fond of this wine and once tasted through 50 vintages of it on Robert Mondavi Winery’s 50th anniversary celebration in Napa in 2016. “It’s a pure reflection of the famous To Kalon Vineyard terroir,” says winemaker Genevieve Janssens. “I like to serve it with a filet mignon or a roasted rack of lamb with herbs de Provence.”

A blend of Cabernet Sauvignon, Malbec, Petit Verdot and Merlot, this Sonoma red is intense with concentrated flavors of blackberry, black currant, dark chocolate, anise and tobacco. The 2015 was critically acclaimed and winemaker Courtney Foley feels it will age beautifully over the next 15 years. 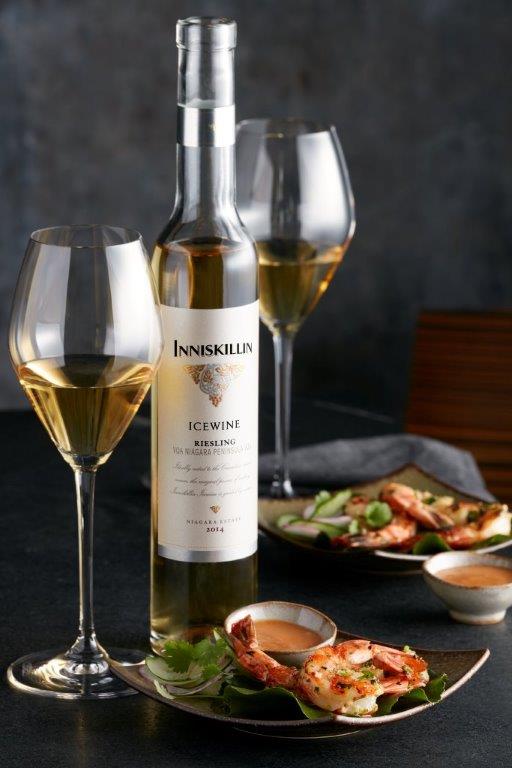 From the Niagara Peninsula appellation in the province of Ontario, this luxurious Icewine has brilliant flavors of citrus and stone fruit– lemon, lime and peach. Canadian Icewine undergoes a unique process: the Riesling grapes are kept on the vines until the pinnacle of Ontario’s crisp winter when temperatures reach -10 degrees C. Frozen grapes are harvested and then pressed to extract the concentrated nectar. Icewine is distinct from other dessert wines in that the sweetness is balanced by natural acidity and the finish is surprisingly dry. It’s a real treat to serve with desserts—cheesecake, lemon tarts, key lime pie–or with cheeses.

From Yamhill-Carlton district in Oregon’s Willamette Valley, this sparkling rosé, a blend of Pinot Noir and Chardonnay, displays a spectrum of flavors—honeysuckle, nectarine, wild strawberry, brioche– and a vibrant finish. Made from Gran Moraine vineyard estate grapes in méthode Champenoise and aged on its lees for two years, the wine is crafted as a blend of multiple vintages and possesses precision and finesse.

The Geisse family is known for making some of South America’s finest méthode Champenoise sparkling wine. Cave Geisse, a boutique winery in the south of Brazil, has the right soils and climate for growing Pinot Noir and Chardonnay. This Brut cuvée has lovely aromas of white flowers, apricot, apple and candied fruit and displays a bright acidity and tiny persistent bubbles. 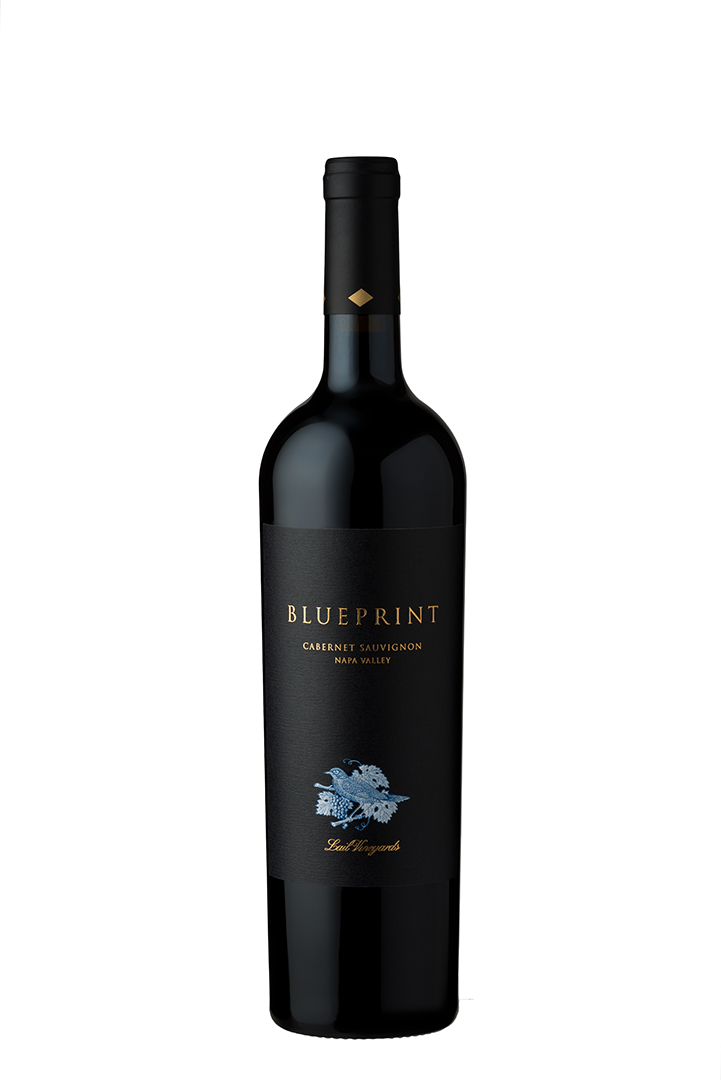 A lush Napa Cabernet with vivid rich flavors of black cherry, plum, and dark chocolate comes from Napa pedigree. Robin Daniel Lail–whose great grand-uncle founded Inglenook in the 1870’s and whose father made the famous 1941 Inglenook–started Lail Vineyards and named her Cabernet “Blueprint” as a nod to the know-how passed down from her family.

This wow-wine from Mendoza is produced by a celebrated winemaker. Susana Balbo was Argentina’s first female enologist, making a name for herself with the aromatic Torrontés grape variety, then launching her own brand and a few years ago becoming the National Congresswomen from Mendoza. With grapes grown in Luján de Cuyo district at an elevation of 3,000 feet, Brioso Agrelo, a blend of Cabernet Sauvignon, Cabernet Franc, Malbec and Petit Verdot, is elegant and concentrated with black cherry, black currant and plum notes and a long finish.

With its expressive layers of cherry and blackberry flavors and fine tannins, Benovia Pinot Noir from a boutique winery in the heart of the Russian River Valley has gotten high scores right out of the gate. Owners husband and wife team, Joe Anderson and Mary Dewane, along with co-owner and winemaker Mike Sullivan craft beautiful small production Chardonnay and Pinot Noir.