The West Village Will Get Manhattan's First Public Beach 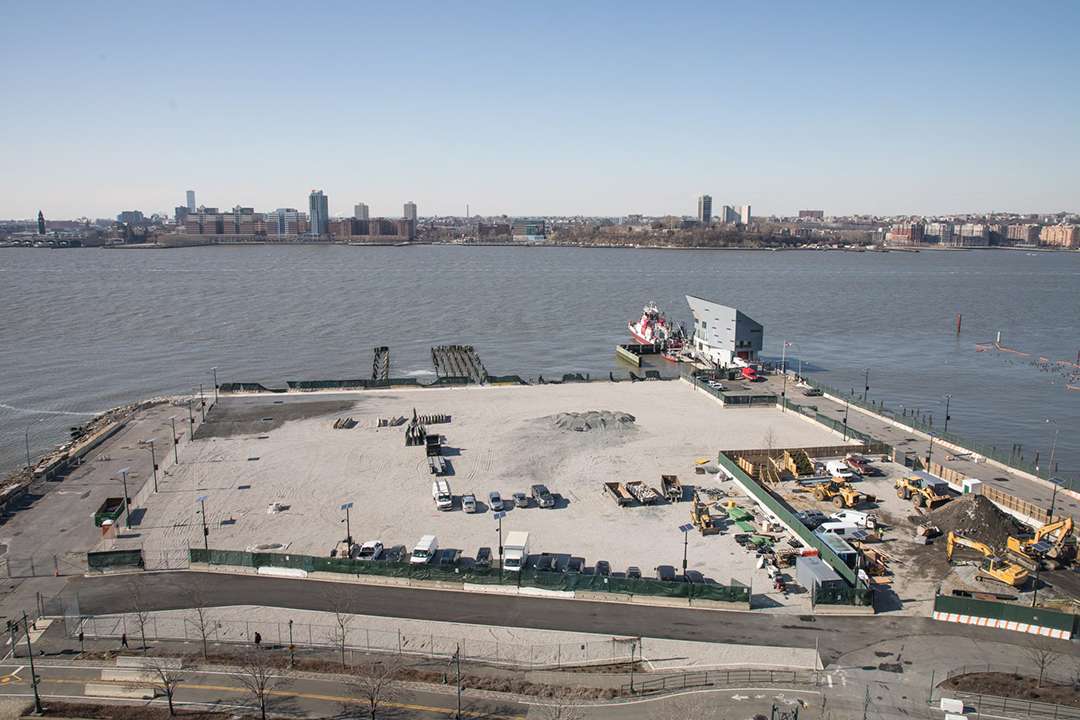 A public beach on the edge Manhattan’s storied West Village will soon be underway now that the Hudson River Park Trust approved a proposal by James Corner Field Operations to design a 5.5-acre park with a beach on the Gansevoort Peninsula. The Hudson River Park, over the past twenty years, has transformed decaying piers and empty lots along the west side into an urban recreational area for New Yorker’s to enjoy the outdoors and waterfront. Now, Manhattan will have its first public beach thanks to the initiative.

President and CEO of the Hudson River Park Trust, Madelyn Wils said in a press release, “Along Hudson River Park’s four miles, we’ve been able to showcase some of the best landscape architects in the field.” James Corner Field Operations, who designed the High Line and Brooklyn’s Domino Park is set to begin construction on the project in 2020, with the expected opening for 2022. Though this beach likely won’t be for swimming, due to the questionable waters of the Hudson River, the city oasis will provide the perfect space to catch some rays as well as protection from flooding and storm surge.

According to Curbed, the park will also feature an installation commissioned by the Whitney Museum of American Art and created by New York artist David Hammons, whose work has been exhibited nationwide, including in The Museum of Modern Art. Entitled “Day’s End” the public art installation will sit directed across from the Whitney and pay tribute to the original Pier 52, celebrating the history of the Hudson River waterfront.

With over $900 million worth of capital projects underway, this beach will be just one of the new recreational areas that are being built for the completion of Hudson River Park.