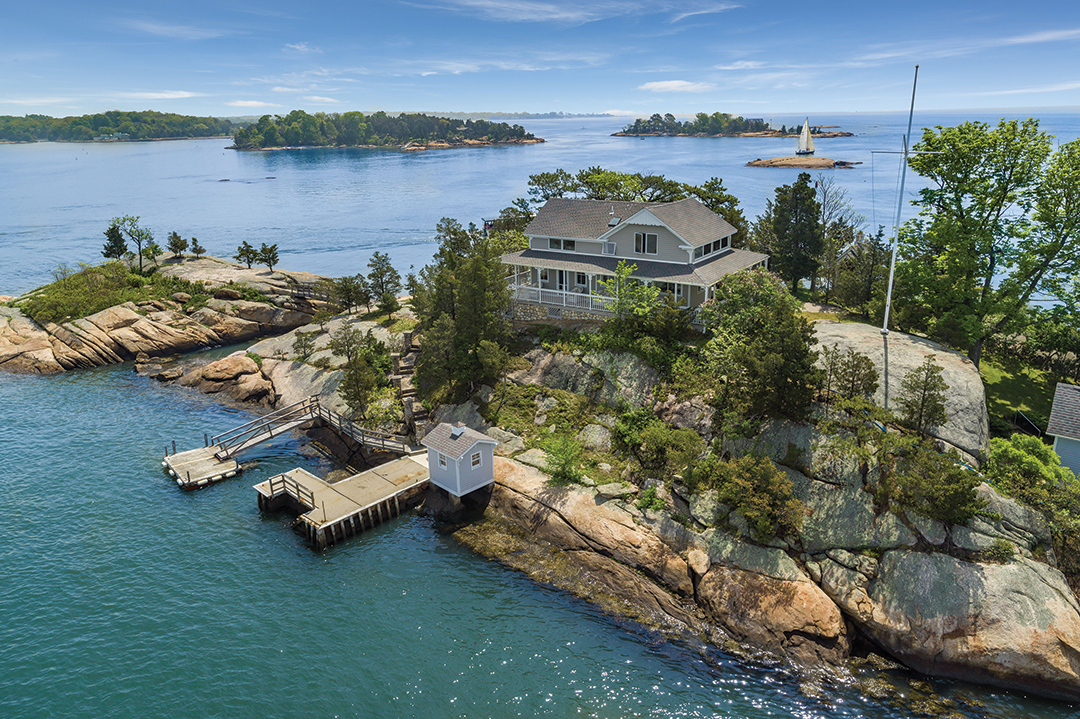 Cut-in-two is one of the thimble’s most storied islands, connected via a bridge to a smaller sister isle, both of which are yours for $2 million. Its story starts with circus performer General Tom Thumb, who bought the Branford property to live on with his also petite and performing wife, Lavinia. Rumor has it that one of the rooms is papered with a circus-print wallpaper and that the two of them rode around in a silver coach, gifted to them by Tiffany & Co.

The main house sits on a granite outcropping on the larger island, offering 360-degree views over the water. The home also has a wraparound porch, three bedrooms and two bathrooms, along with a detached studio or office. Additionally, there’s a deep-water dock and, on the mainland in Stony Creek, a pier and boat house. Joe Piscitelli, with Coldwell Banker, has the listing.