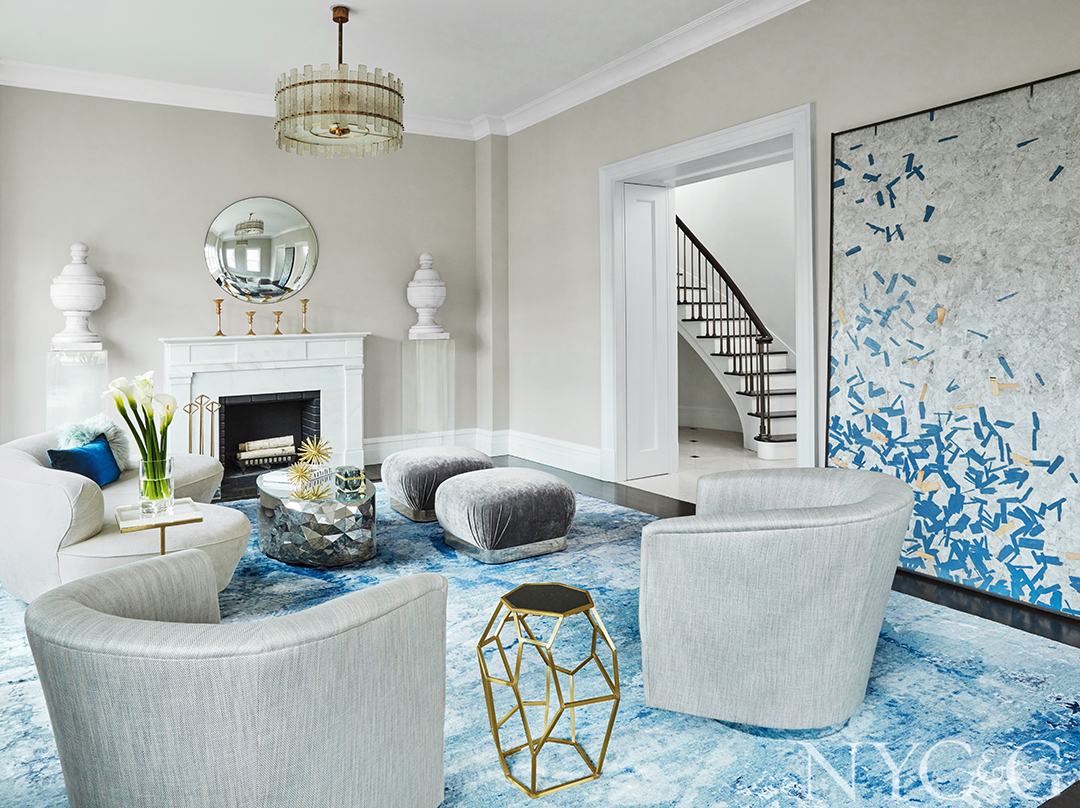 Some apartments are born great, some achieve greatness, and some have greatness thrust upon them. In the case of this Park Avenue showstopper, greatness occurred under the deft hand of Melanie Roy, who designed the northeast corner penthouse for her own family—although it took some time. The evolution began in 2003, when Roy and her husband bought the duplex, an estate property in need of some TLC, shortly after the birth of their first son. Located atop a 1909 building in Lenox Hill, “it was in disrepair,” Roy remembers, “but it had 14-foot ceilings and a gorgeous staircase, a wood-burning fireplace, and outdoor space.” Because she was on a “mom time” hiatus from her job in the entertainment industry, she gave the two-bedroom “a mini, mini, mini renovation—just painting and a bit of an electrical update.” But there was a lot more to come.

The daughter of comedian Rodney Dangerfield, Roy grew up in New York and spent summers in Los Angeles. She always aspired to work in show business, and after attending Emerson College, she found her way into TV, working on such series as Bill Maher’s Politically Incorrect and The Chris Rock Show. But by the time she had had her second son and was ready to go back to work, she realized she didn’t relish the prospect of returning to endless days in a TV studio. “I knew I was not going to be home for dinner,” recalls Roy, who decided to give a different love a try. “Design was a passion and a hobby, and I was always going to antiques shows and art shows, even as a child.” She started taking courses at the New York School of Interior Design, which led to an internship with the prestigious Manhattan firm Cullman & Kravis. It wasn’t long before she started her own company.

In 2009, a small neighboring apartment became available, and Roy snapped it up. “I connected the two apartments and once again did a little cleanup,” she says, “but nothing major.” However, she did start organizing her ideas for a gut renovation while establishing her decorating business, designing homes for clients primarily in the city and the Hamptons, where she now has a second home. Once she was ready, she plunged headlong into 18 months of rolled-up sleeves and plaster dust, entirely rebuilding the 3,850-square-foot apartment, which includes two terraces totaling 1,200 square feet. 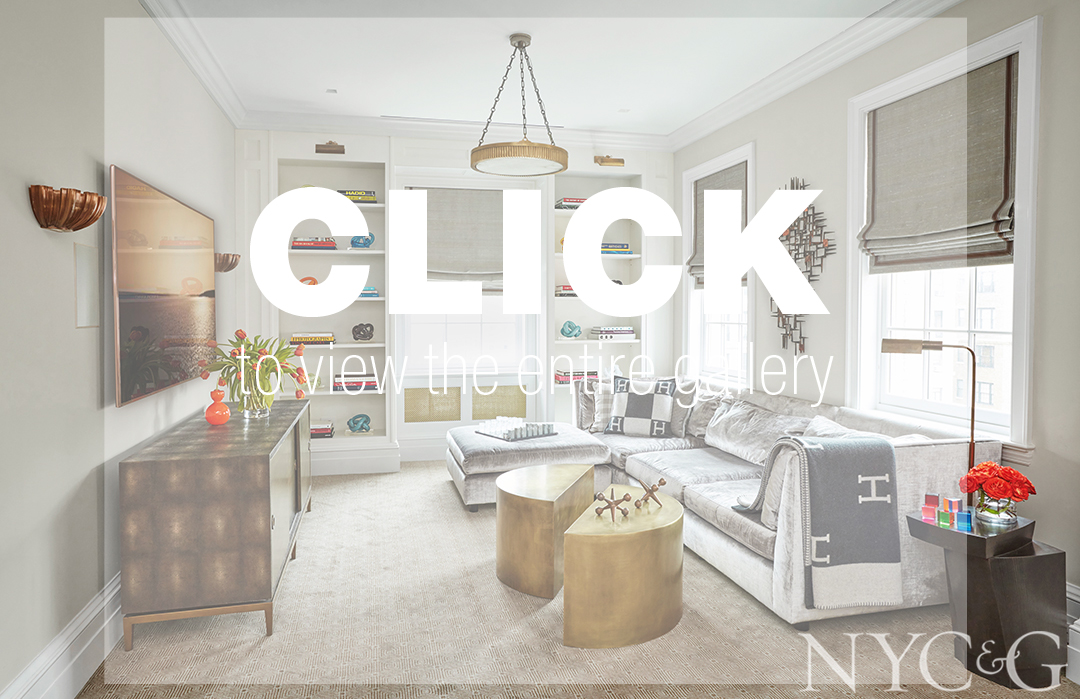 “I basically knocked down every wall and replaced all 28 windows,” recounts Roy, who also repaired the living room’s original marble fireplace mantel and joined two rooms and a bathroom to create a 12-by-30-foot family room. The former maid’s room next to the “dysfunctional galley kitchen” is now a cheery breakfast nook, “a luxury in New York City, even for an apartment this size.” The second apartment’s living room was transformed into her master bedroom, and its former bedroom became a huge space containing his-and-her bathrooms and dressing rooms. During the demolition, Roy also discovered that some of the ceilings had been dropped to hide evidence of long-gone skylights. She quickly reclaimed the extra height to make the newly ample rooms seem even airier.

As for the decor, Roy’s chief aim was to create “a fresh take on something classic,” so she retained the traditional envelope while employing a sophisticated and dynamic design scheme. Inspired by the limestone floor in the entryway, the color palette of taupes, light browns, and grays is punched up with shots of pale and saturated blues, especially in the art. The furniture is a mix of custom, vintage, and contemporary pieces with a tendency toward “iconic mid-20th-century designs”—notably the Vladimir Kagan sofa, Milo Baughman chairs, and Karl Springer poufs in the living room. Metallic accents brighten each space, from the bronze accent-tile insets in the entryway’s floor to the shimmering, carefully curated ceiling fixtures throughout.

“I love New York, and I don’t think I could ever be happy living anywhere else, but I still wanted my apartment to feel like a dreamy getaway,” muses Roy. “It needed to be relaxing, luxurious, and modern, with a little old-school glamour. As we all know, it can be hectic out there.”

A version of this article appeared in the March 2018 issue of NYC&G (New York Cottages & Gardens) with the headline: Twice As Nice.