This Darien Island Is Connecticut's Most Expensive For-Sale Property 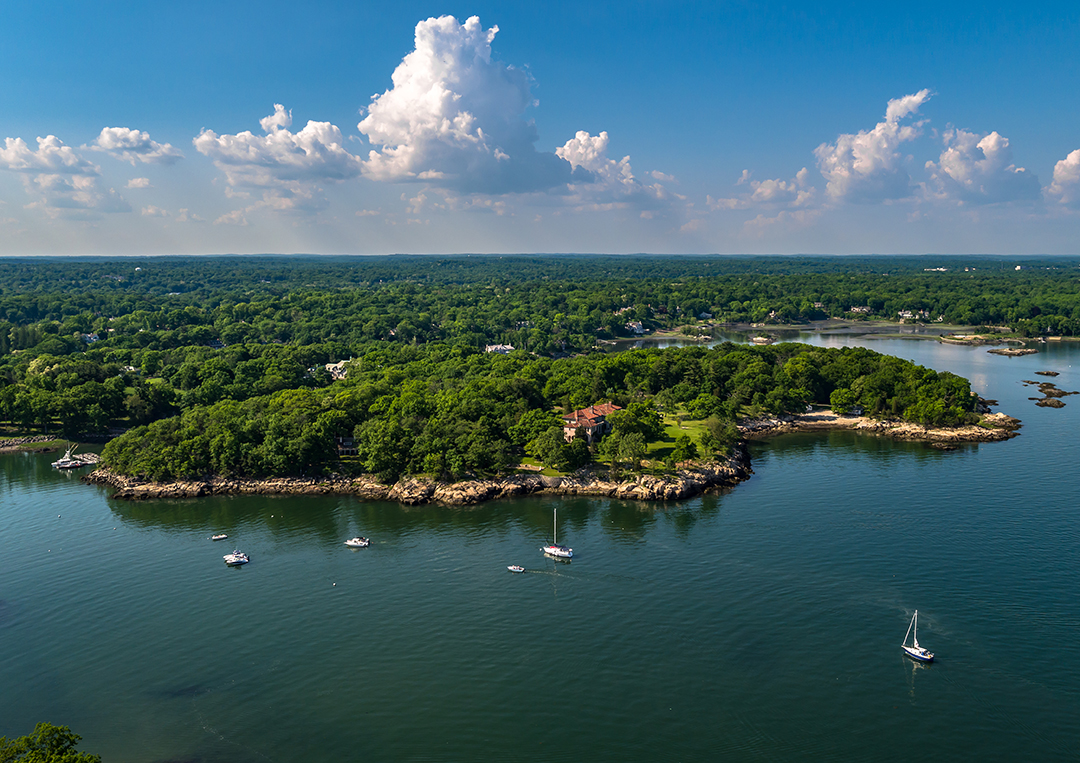 Called Great Island, this $120 million property might well sell, as pricey, private-island listings appear to be in fashion: Tavern Island, off the coast of Norwalk, closed in June for $7.85 million. Great Island was first purchased in the early 1900s by William Ziegler, who made his dough selling baking powder, and has stayed in the family for more than a century. The story goes that Ziegler’s granddaughter and her husband, an Olympic gold-medal winning equestrian, owned the island until they passed away, both within the last decade. That would explain the property’s extensive equestrian facilities, including Grand Prix indoor and outdoor riding arenas and an 18-stall granite stable that boasts the kind of arched, vaulted ceilings found in Grand Central Terminal.

Two-legged residents are also housed in style in the circa-1915, 13,000-square-foot stone manor. And if you’re looking for a place to park your 100-foot-yacht, you’re in luck: Great Island’s coastline includes a deep-water dock, as well as a sandy crescent beach and a boathouse. David Turner of Houlihan Lawrence has the listing.

Another Connecticut island for sale that cost far less money, but still in the double-digit millions, is Rogers Island off of Branford, Connecticut.

The 3 Essentials of Teak Furniture You Need to Know