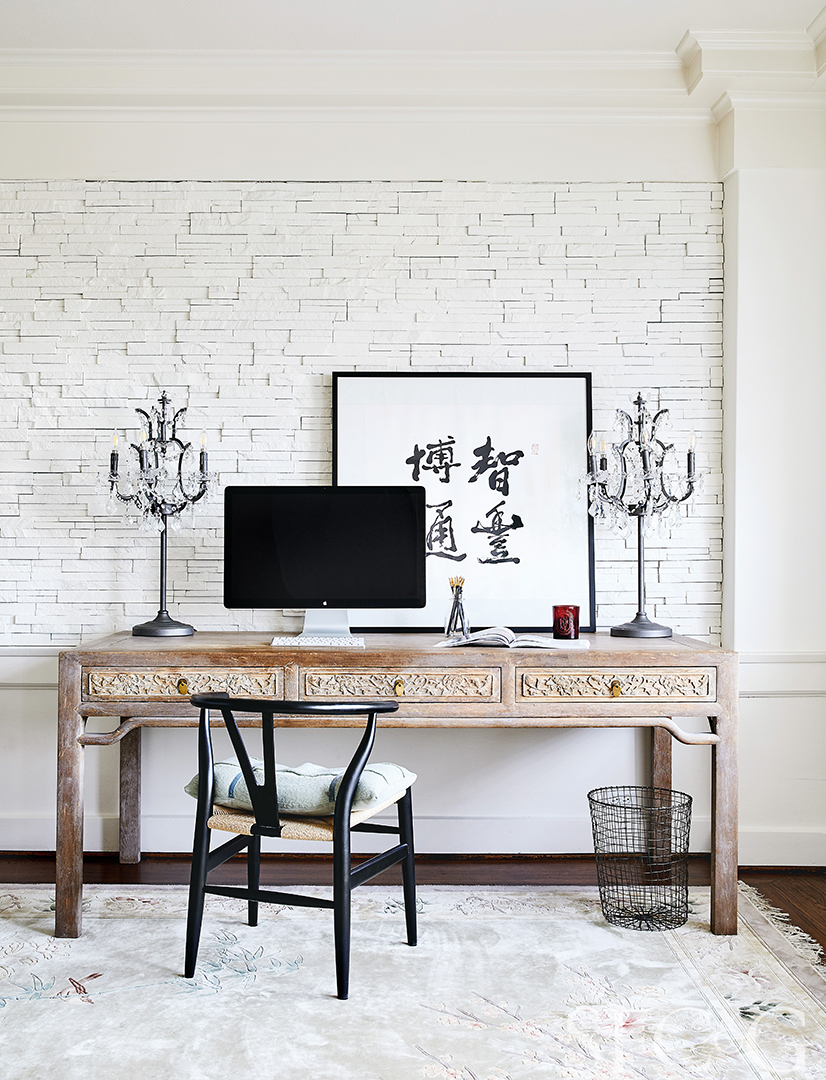 A spare, white environment and elegantly understated clothes go a long way to satisfying fashion designer Lan Jaenicke’s thirst for simplicity. “My mother and father share a beautiful sensibility,” she says, “and luckily, I inherited their tendency to reduce everything to its essence.” Needless to say, in her apartment overlooking Pacific Heights, every room is edited to a T. Designed by Jaenicke—whose namesake line of cashmere is carried worldwide—to be a space where she could live, create and restore, it has a serene but soulful energy that activates all the senses.

Every time Jaenicke designs a new piece for her namesake collection of cashmere, she feels as if she is collaborating with the woman who’ll eventually make it her own. “Clothing is a second skin, so I use the most sensual fabrics, the best cashmere and silk,” she says, “and I wouldn’t dream of making something that upstages a woman, that walks into a room before she does. My aim is to let her shine and express herself.” Her home is an extension of that philosophy: Shades of white, cream and ivory in a range of textures layer the space, providing a backdrop for her creative work. “White is a cleansing palette, a detox, a physical renewal, a clean slate,” says Jaenicke. “If ever I get moody, the purity of the atmosphere here heals me.” Fittingly, her rooms are always filled with the fragrance of incense and candles (Diptyque’s Tubéreuse is a favorite) and music, whether it’s a favorite playlist or Jaenicke herself on the piano. 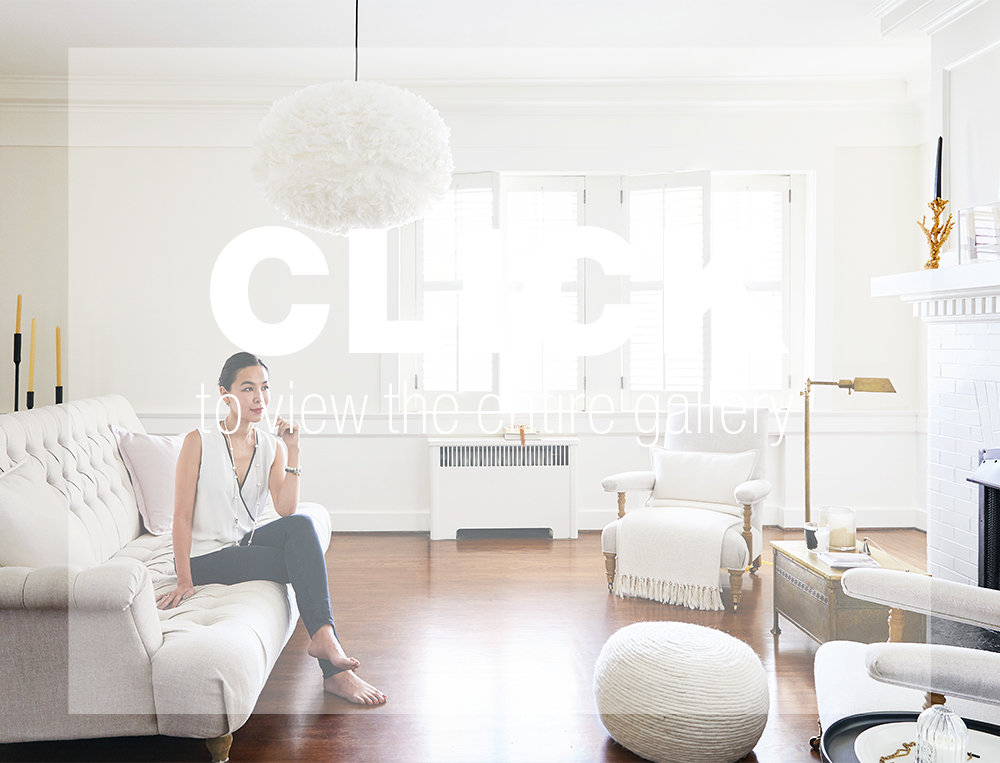 Though it feels fully inhabited, Jaenicke only moved into her home in October. The circa 1908 building retains its historic feeling, with its wonderfully weathered wood floors, bountiful, white-shuttered windows and French doors. Jaenicke retained artful details from the previous owner, like the black and gray Art Deco mural in the kitchen and whimsical, gold polka dots on the dining room ceiling. But she has quickly made it her own, transforming the dining room into an atelier with inspirational books and objects; claiming a cozy niche in the foyer as a place for meditation; and anchoring the study with an antique carved desk. Constructed of century-old Elm, it has pride of place: “My parents gave it to me. When I was young, I remember them sitting there, side by side, talking,” says Jaenicke. “It’s very special to me.”

Born in Beijing, Jaenicke attended boarding schools at home and in London, and went on to study art and earn a bachelor’s degree in mathematics without realizing that both subjects would eventually inform the lyrical lines, exquisite cut and perfect geometry of the clothing she now creates. In each of her individually constructed garments, Jaenicke privileges one, and only one, standout element: the undulating peplum on a jacket, for example, or the elegant open back of a blouse. In her décor, she deploys statements just as strategically: in the floral silk rug in the foyer, for example, or the feathered chandelier in the living room. Similar to a chef who uses a pinch of salt to ground a dish, Jaenicke also often adds black detailing to resolve her designs, like the piping on a pale blush slip dress. In her home, an ebony picture frame or a wrought metal candelabra tempers the white upholstery and walls. “Maybe it’s the same principal as wrapping a gift with a thin, black ribbon?” she notes.

An inveterate traveler, after she arrives in Paris or London, two of her favorite places, Jaenicke habitually goes to one of her café haunts to sit and people watch. But in every bustling city she visits, she has her secret, quiet spots. “It’s always a question of finding the right balance,” she says. “‘Looking good’ connects to an internal state.”

A version of this article appeared in the September, 2017 issue of SFC&G (San Francisco Cottages & Gardens) with the headline: Quiet Beauty.