This Greenwich Home Is All About Cozy Comfort 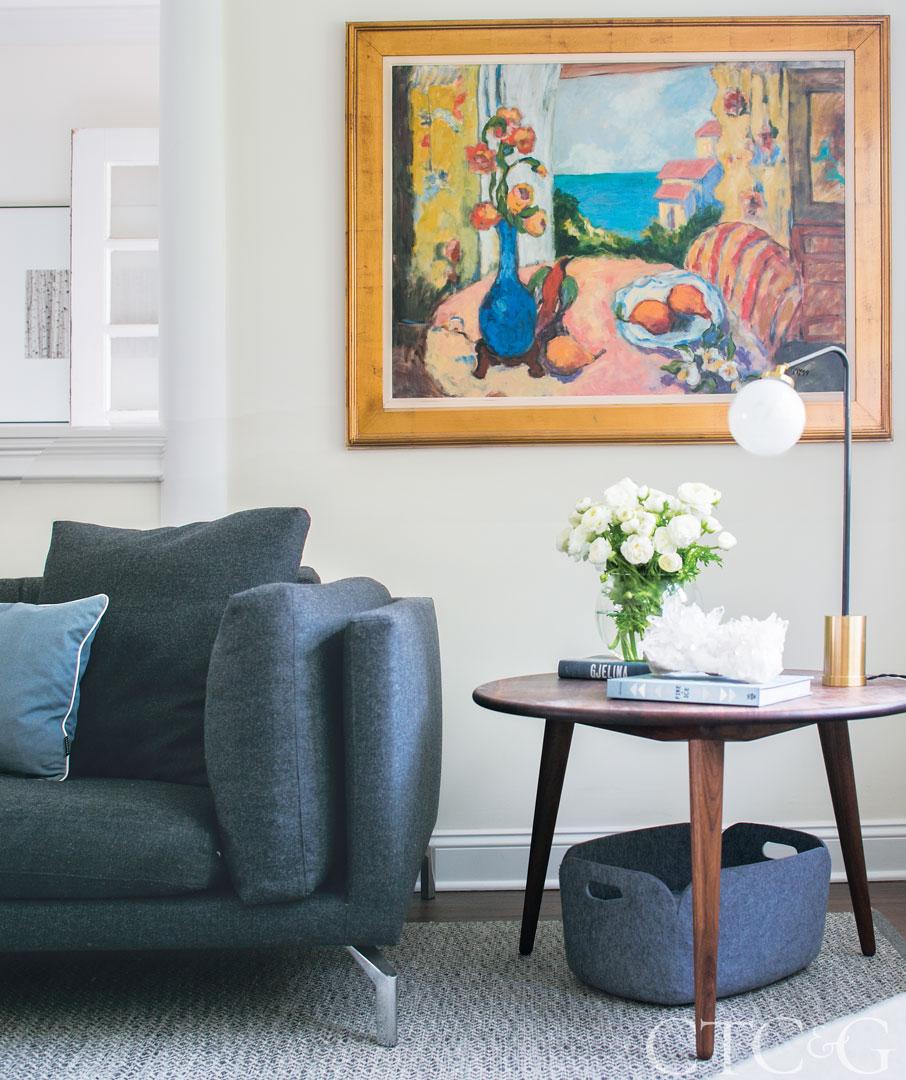 Former Fairfield County resident Cynthia Olsen Gates had been living in New York City for several years when she decided the time had come to move back to Connecticut. “I missed the natural beauty and the outdoor opportunities,” she recalls. Accustomed to apartment living, she set her sights on a condominium in Greenwich. She was drawn to its sun-drenched interiors and convenient in-town location. Equally important, her new digs afforded her the chance to create a space that spoke to her Scandinavian heritage, with an emphasis on form and function.

Dubbing her condo “the pure joy project,” Gates vowed to fill her new home only with things that made her happy. “I learned how to pare down in the city,” she recalls. “I’m at a point in my life where I don’t want more stuff; I want experiences.” She turned to Rhonda Eleish, cofounder of Eleish van Breems, with whom she had worked on a previous home, to help bring her vision to life. “Scandinavians deeply understand how to maximize light and nature as a driving force in design,” says Gates.

“She wanted this condo to be her Shangri-La, her sanctuary,” says Eleish, whose Westport–based firm is rooted in the Scandinavian philosophy of hygge, or cozy comfort. “Our sensibility is very much about clean, livable, elegant design that is in harmony with its environment.”

Though in good shape structurally, the condo needed to be modernized: The kitchen was updated with new stone countertops and appliances, the ’70s-style wood floors were refinished and stained a warm coffee brown, custom built-ins were installed, and all the rooms got a fresh coat of Farrow & Ball paint (Skylight in the dining room, Pointing everywhere else). 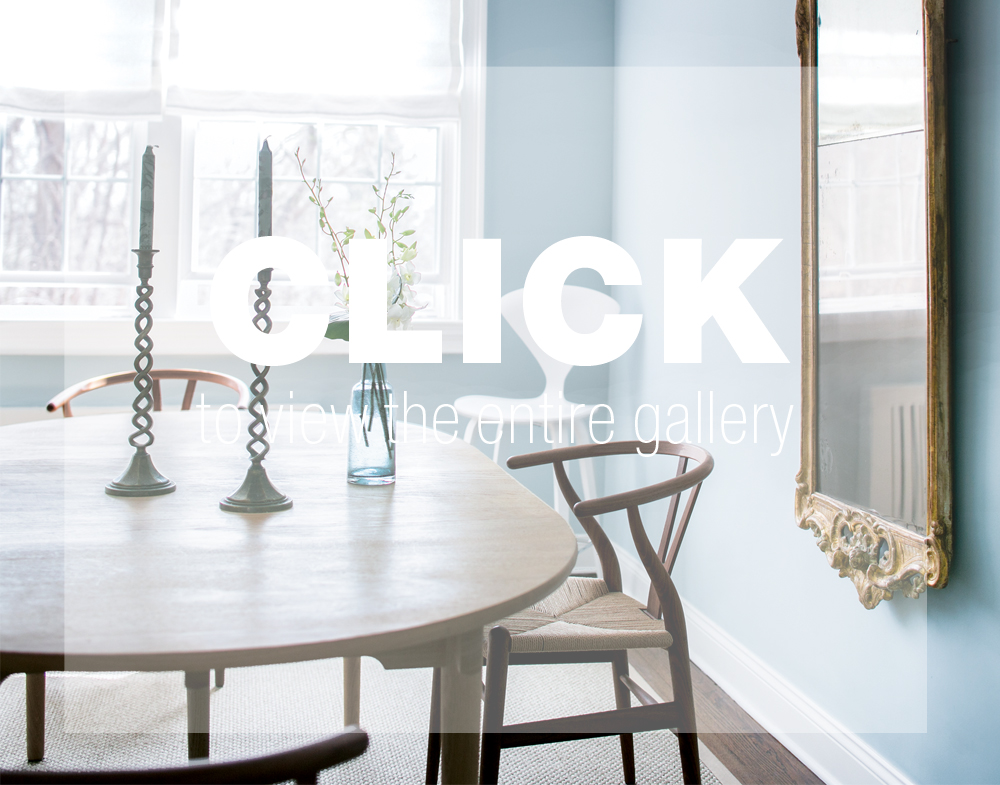 Within that soothing, neutral palette, Eleish incorporated a mix of periods and styles, juxtaposing Swedish antiques, iconic Scandinavian midcentury pieces, and sleek, contemporary European finds throughout. The muted tones are balanced with unexpected pops of color—an oil painting in the dining room plays off an orange Cherner barstool, for example—while textured area rugs and fabrics add an organic, artisanal feel. The end result is clean and uncluttered, spare but not sparse, allowing individual pieces to take center stage. “It is a home that embraces the decorative arts in a warm, livable way,” says the designer. “Every piece we added to the project has a voice.”

Like the rare 18th-century Rococo mirror that hangs in the dining room, overlooking a midcentury Hans Wegner table and wishbone chairs. “There’s a very subtle dialogue going on, an homage to traditional Scandinavian form and how it evolved over the years to a more contemporary, timeless feel,” Eleish says.

The conversation continues in the living room, where turn-of-the-century Danish giltwood sconces flank a tall 19th-century painted-pine clock and refer back to the dining room mirror. A Hans Wegner console and Saarinen womb chair are a nod to midcentury design; the sleek Como sofa in marled gray is a modern take on a traditional Gustavian hue. “The sofa is the anchor of the room, so it needed depth of color to ground the space,” says Eleish. One of Gate’s favorite pieces is a painting by artist Jim Seitz. “It’s called Treasure the Moment, and it’s a metaphor for what I’d hoped for in the apartment,” she says.

That sentiment surely applies to the bedroom, where Neil Landino Jr.’s photographs, Waterwall and Soulful Horizon, encapsulate the translucent, reflective lightness of the space. Crisp white Matouk linens adorn the Swedish Gustavian bed; the room’s windows are dressed with simple handkerchief linen. The custom Kasthall area rug in textured hues of blue and gray reminds Gates of her childhood. “My mother used to dress me in Norwegian sweaters when I was little,” she says. “This rug has that hand-knitted, heirloom feel. It’s cozy and modern and fresh, all at the same time.”

A version of this article appeared in the April 2017 issue of CTC&G (Connecticut Cottages & Gardens) with the headline: In Pursuit of Happiness.