This Interior Designer's One Bedroom Apartment Is a Curated Masterpiece 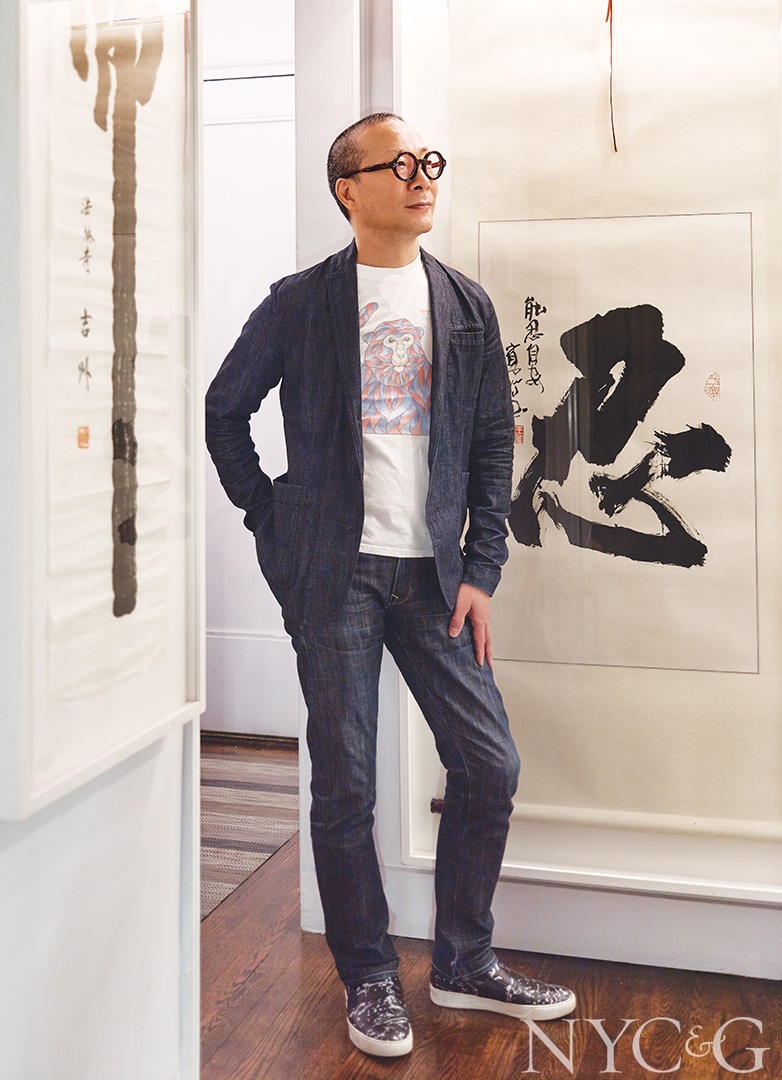 Even though he makes his living as an interior designer, D. B. Kim prefers to leave floor plans and swatches at the office. “When I come home,” he says, “the last thing I want to do is start designing my own space.”

Nevertheless, Kim’s one-bedroom condo in London Terrace has come together quite nicely—intentionally or not—thanks to his artful arrangements of discoveries from around the globe. “I work on large hospitality projects, so I travel a lot,” reports Kim, a native of South Korea who moved to the States when he was 16 and studied at both the Minneapolis College of Art and Design (MCAD) and the Southern California Institute of Architecture (SCI-Arc). “Whenever I’m abroad, I like to mingle with local artists and buy inexpensive pieces that click with me emotionally. When I’m in my apartment, these things made by the creative people I’ve met are a comfort to me.”

Kim notes that all the artwork in his living room specifically complements the space’s textures, such as a woven wool Suzanne Tick rug, a tulip-shaped table by his design mentor, architect Peter Zumthor (he carried it by hand on a transatlantic flight from Switzerland to New York), and a pair of Art Deco club chairs, upholstered in Cowtan & Tout’s Peking velvet. “The scale on those chairs is excellent—true Art Deco furniture is intimate in size,” he says. “And they’re small enough to move around easily for different uses. Scale is always important when it comes to comfort. I don’t think things have to be flashy and bear a label to be considered luxurious. Luxury is feeling comfortable and calm, and having nice conversations.” 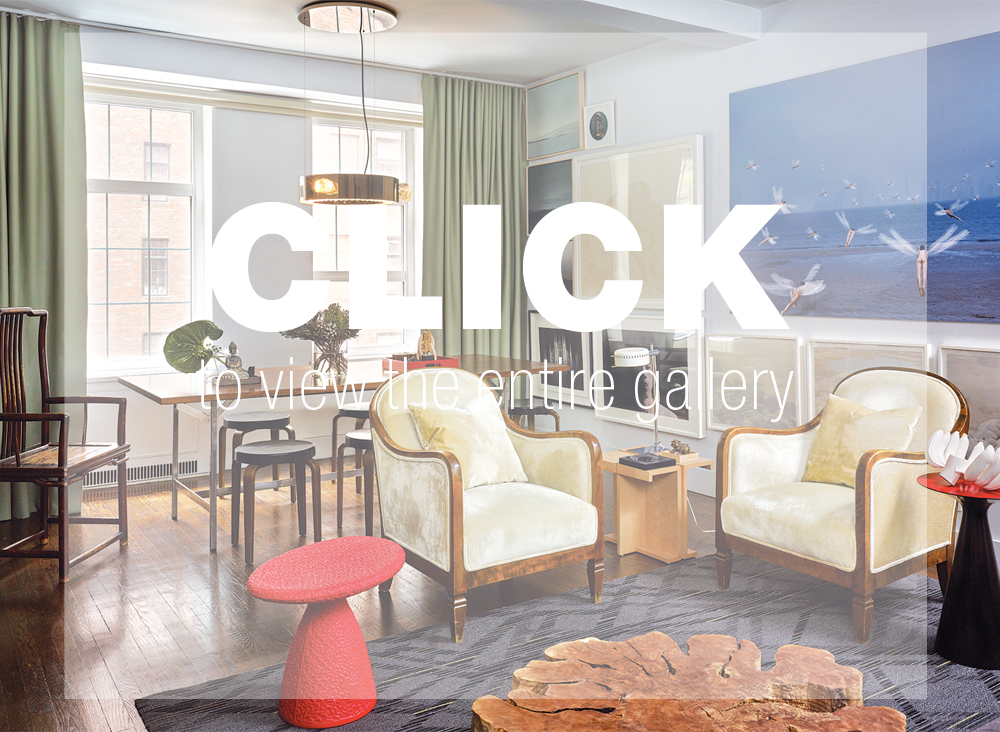 Standing out amid these mostly neutral furnishings is a bright red Marcel Wanders Shitake stool, which acts as backup seating for the five Thonet prototype stools that surround the dining table. Kim prefers to sit at the head of the table, on an antique Ming Dynasty scholar’s chair. “It’s wonderful for my posture when I’m sketching or drawing,” he says. “It helps me think better.”

All those seating options come in handy when Kim has people over. “I like to entertain a little bit,” he says. “I enjoy cooking and have served up to 13 people from my kitchen!” Guests are accommodated just as warmly in the bedroom, where Kim has installed several consoles that can be “emptied out easily if I have friends visiting.” These sit beneath pieces from Kim’s provocative art collection, featuring work by many Far Eastern talents, such as Fu Xiaotong and Taca Sui, along with two photographs of particular interest to Kim, both by Hiroshi Sugimoto. One depicts the interior of the Walker Theater in Brooklyn—the artist exposed the film for the entire duration of a movie for the shot—and the other is an image of a building designed by Zumthor, with whom Kim studied for a while in Switzerland. “They were expensive,” Kim confesses, “but whether they’re worth five dollars or $5 million, they mean something to me. That’s what matters.”

A version of this article appeared in the May/June 2017 issue of NYC&G (New York Cottages & Gardens) with the headline: Singular Vision.