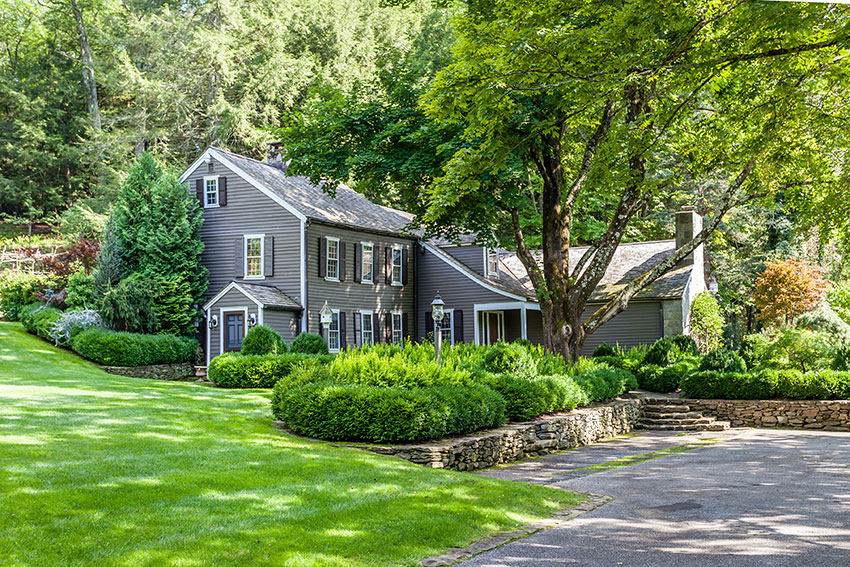 A circa-1740, pre-revolutionary war dwelling on the grounds of the old Roxbury post office is for sale.

The post office is still on the property, converted into a studio/guesthouse with a massive stone fireplace and vaulted ceiling. There’s also an authentic-looking log cabin with additional guest quarters, a kitchen, a living room and a stone patio. But the spread’s real draw is the main house, which was once owned by Henri Bendel President Geraldine Stutz, whose name often appeared on the best-dressed list and who helped launch American icons ranging from Andy Warhol to Ralph Lauren.

Another draw to the deal is the 23-acre grounds, designed by the British master landscape architect Russell Page. Along with the gardens, they feature a pool, pond and waterfall. Carolyn Klemm of Klemm Real Estate has the listing.