This Self-Taught Home-Furnishings Duo Has a Bright Future 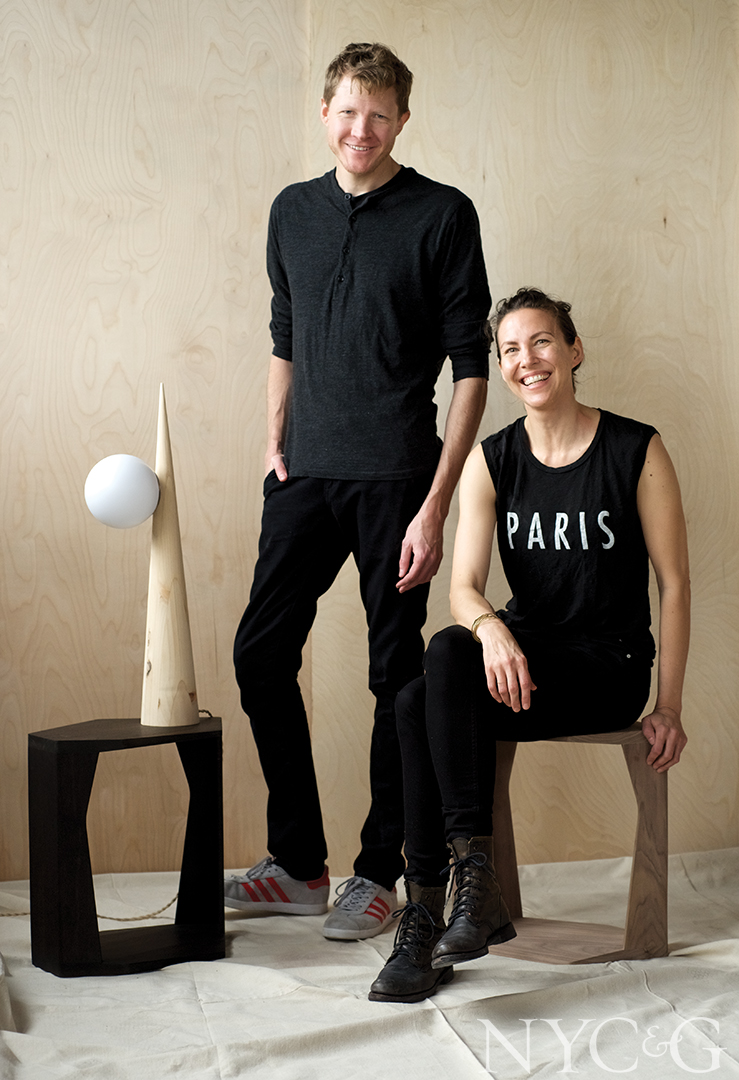 Kate Hopkins and Christopher Boynton may not have had any formal training in woodworking or metalworking before launching their home-furnishings company, Art & Guile, in 2016, but they forged ahead anyway. “We like to problem-solve,” says Boynton. “The challenge of the process is what drives us.”

Native Coloradans, the husband-and-wife team met in high school, but didn’t reconnect until they were both living in New York six years later, in 2009. Shortly thereafter, Hopkins, an artist, and Boynton, whose background is in film, began collaborating on lighting for their new apartment, which led them to discover “a mutual interest in design,” Hopkins says. “We started teaching ourselves about different materials and methods.” It wasn’t until Boynton began working for a 3-D printing company in 2013, however, that the couple became serious about turning their hobby into a business. “Being in that world exposed us to other designers who had started their own companies, and we finally felt like we were ready to strike out on our own,” says Boynton. An added plus: “I became quite proficient in 3-D modeling, which made it possible to turn our abstract ideas into items we could produce.” 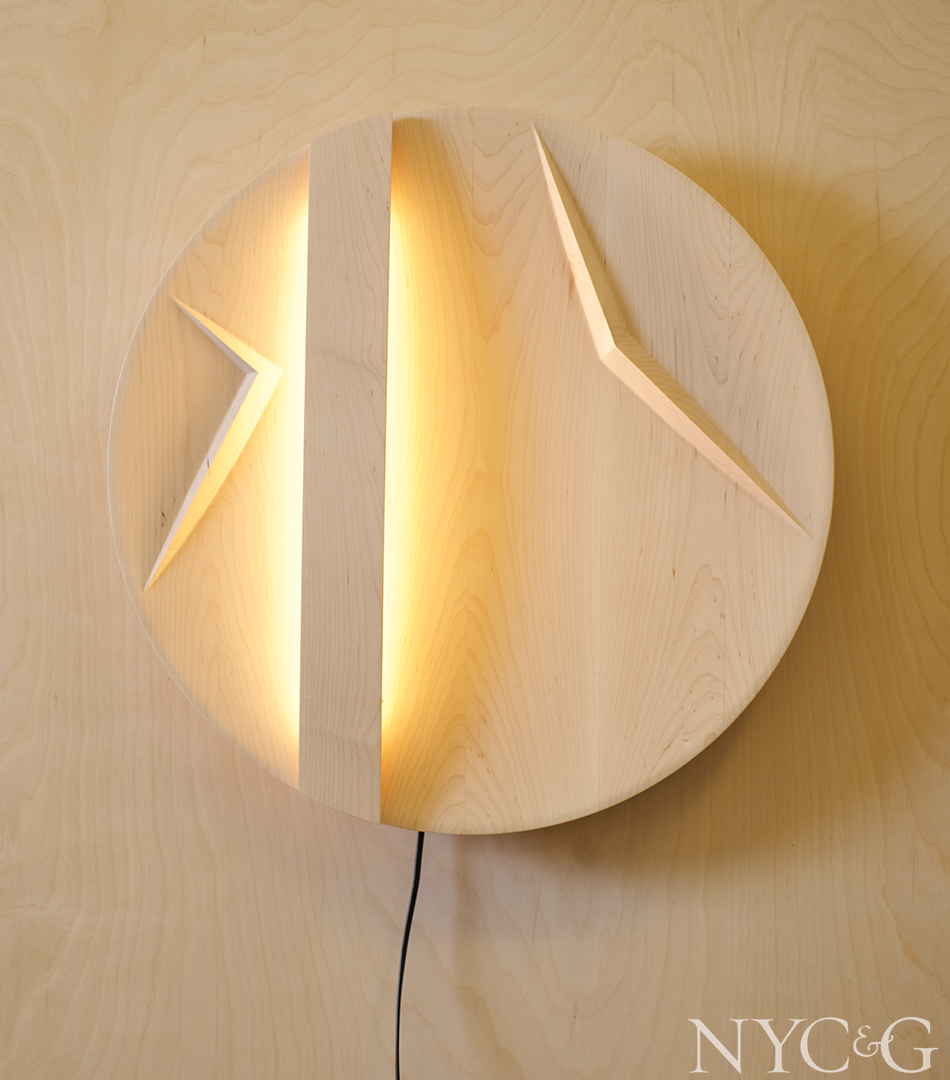 Hopkins and Boynton have since moved their operation into a communal studio in Long Island City, where they fabricate their case goods, lighting, and mirrors. One piece in their debut collection—unveiled during ICFF at the Javits Center in 2016—is the Gentle Disk pendant, featuring two wooden discs held in place by a curved brass frame. They begin the fixture with a large square of raw pine that’s machine-cut into an oval and beveled on one side. The wood is then hand-sanded, painted with a translucent white stain, and coated with wax. A fresh piece of pine, prepared the same way, comprises the pendant’s smaller disc, whose flat side is hollowed out to house an LED bulb (an acrylic lid diffuses the light). Next, Boynton and Hopkins bend a thin brass bar to form a circular-shaped frame, assemble the fixture, and attach a colorful cloth cord to conceal the electrical wiring. “We don’t do things the way they’re traditionally done,” says Boynton. “Finding elegant, novel solutions is our strength.”

A version of this article appeared in the April 2018 issue of NYC&G (New York Cottages & Gardens) with the headline: Making the Grade.