This Sprawling Westchester County Estate is Available for $75 Million 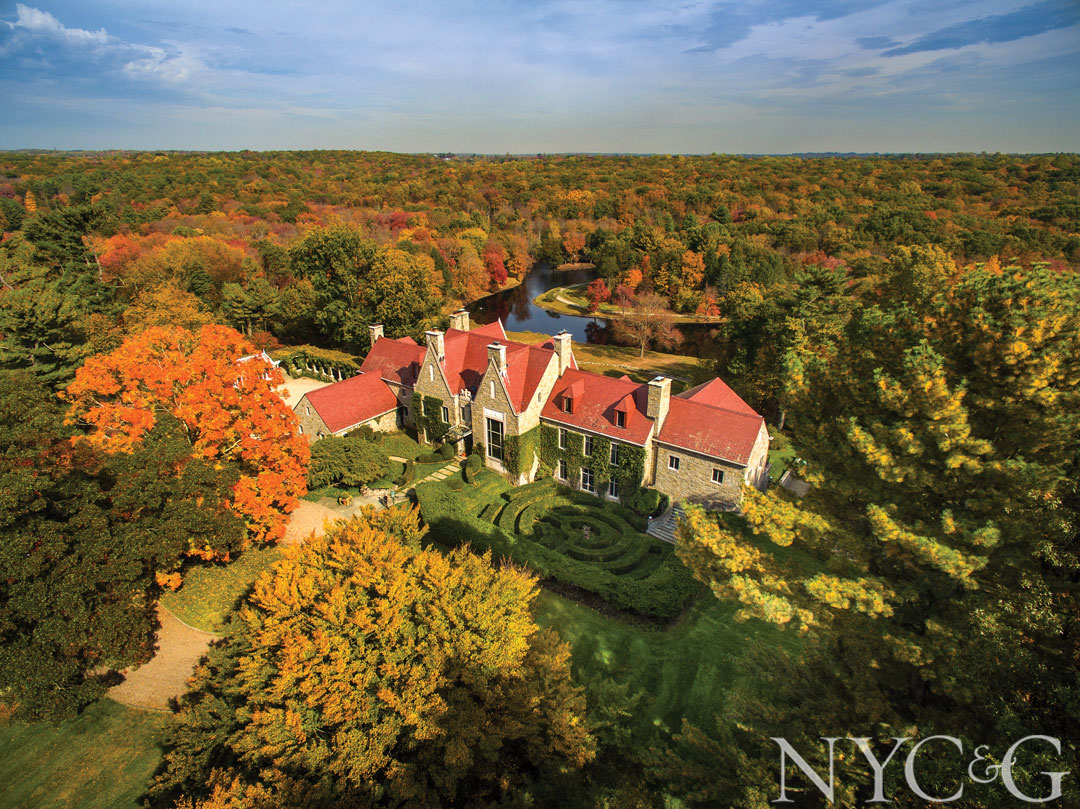 Hillandale, a 262-acre estate that straddles the New York–Connecticut border, recently hit the market for $75 million, making it the priciest listing in Westchester County (the lucky buyer will pay taxes in both states). The property, owned by the family of the late Gilbert Haroche, co-founder of Liberty Travel, features a 20,000-square-foot, eight-bedroom stone house from the early 1900s with marble, onyx, and limestone accents and an indoor pool. The main house and three outbuildings sit on 100 acres in Stamford, while the gatehouse and the remainder of the land is in adjacent Pound Ridge. Joseph Barbieri of Sotheby’s in Greenwich and James Renwick in New York are co-listing the sprawling estate, which has views of Lake Susan, a hedge maze, and a Native American tepee that was gifted to the owners by the Smithsonian Institution. “They’ve been good stewards of the land and have kept it mostly intact,” says Barbieri. The estate was previously listed in 2007 for $95 million, so it’s practically a steal. 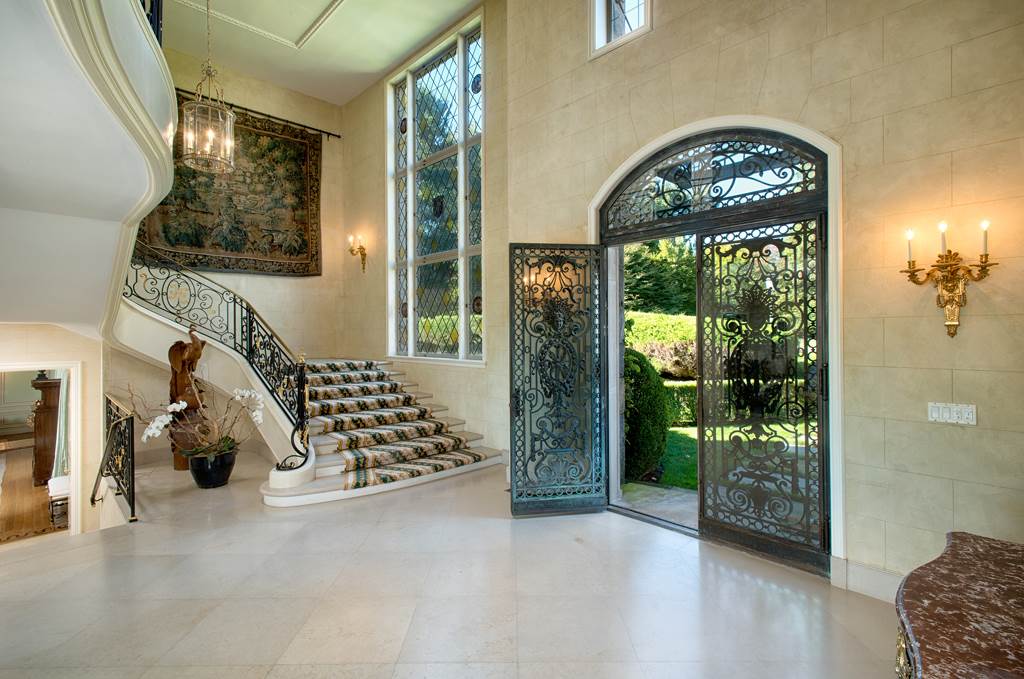 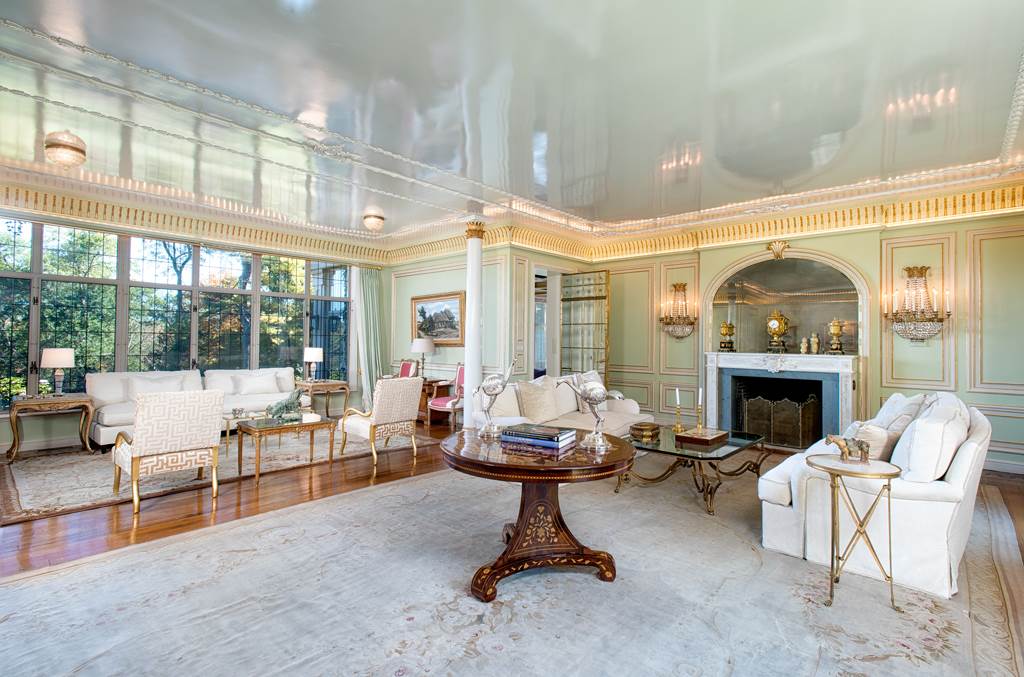 A fireplace is the focal point in the great room. 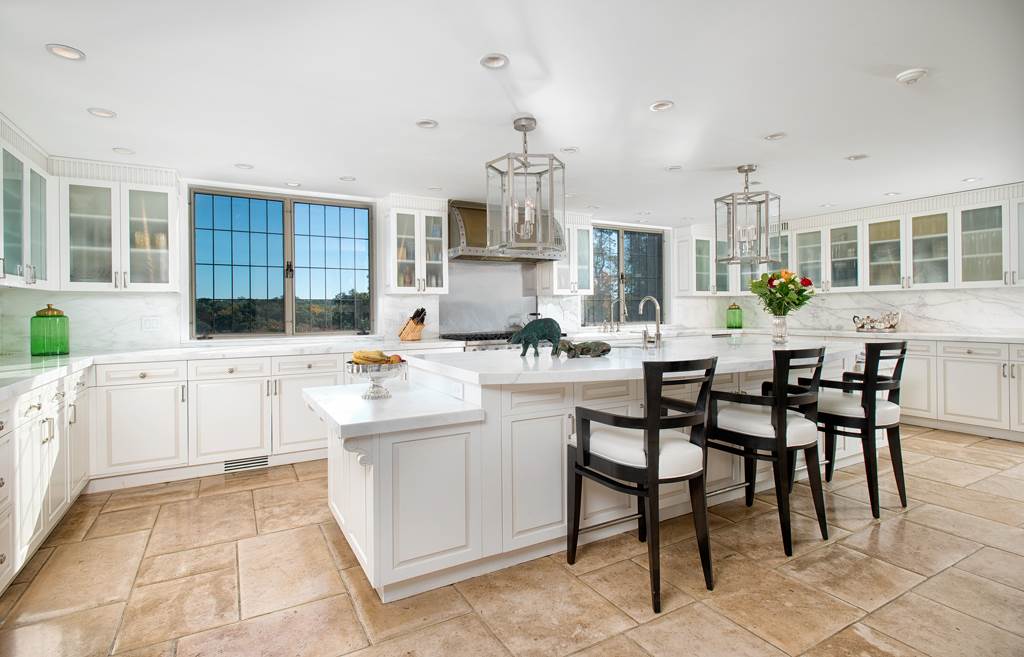 The massive kitchen is outfitted with state-of-the-art appliances. 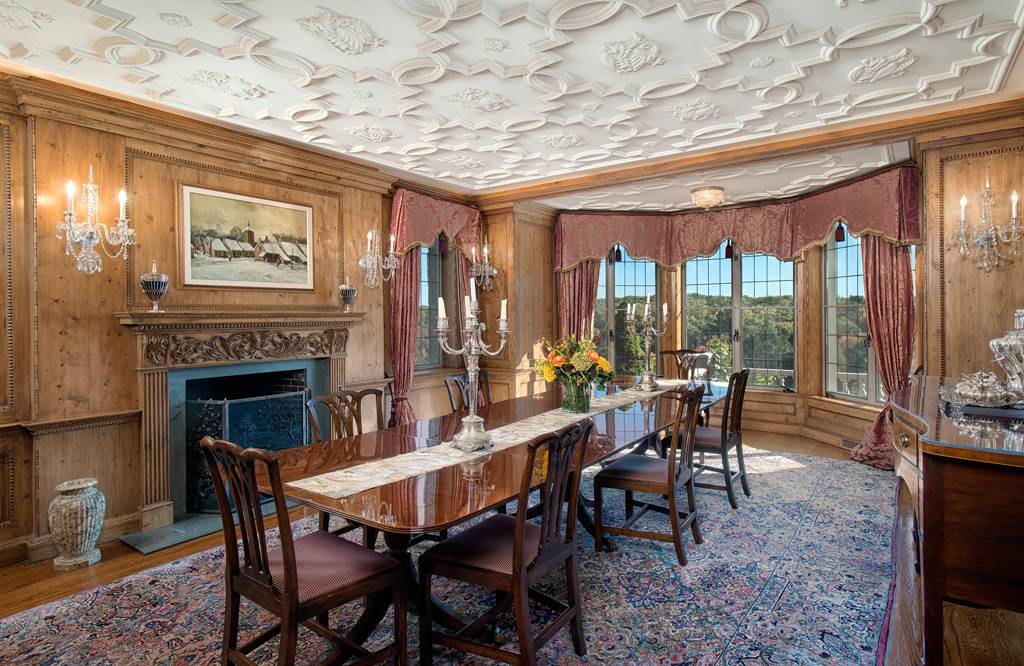 The dining room has plenty of room for entertaining. 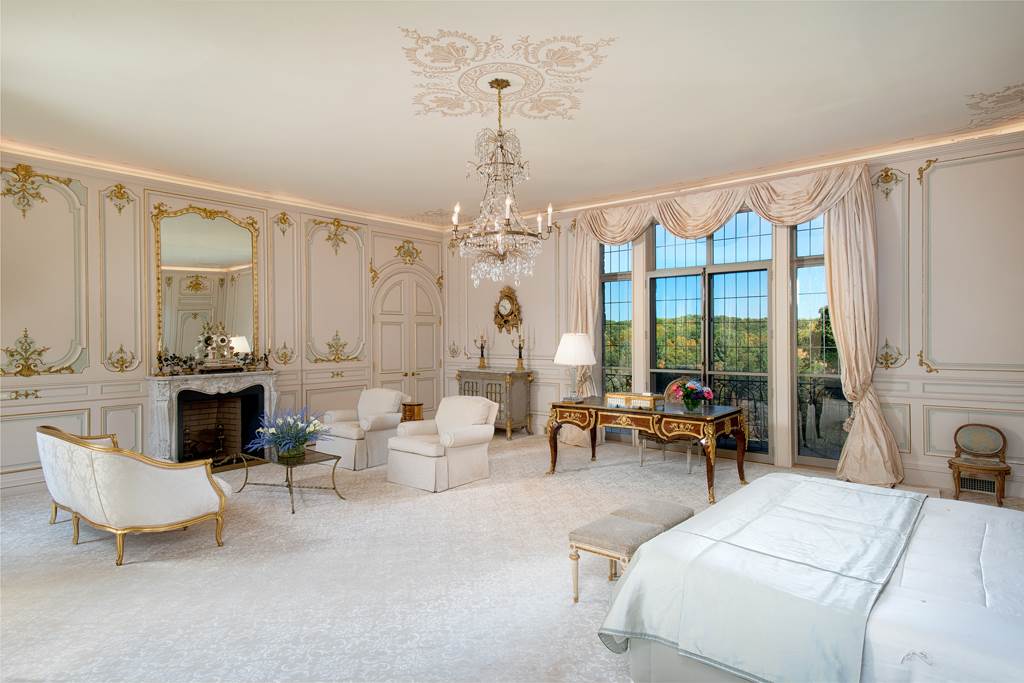 The master bedroom features a balcony and sitting area. 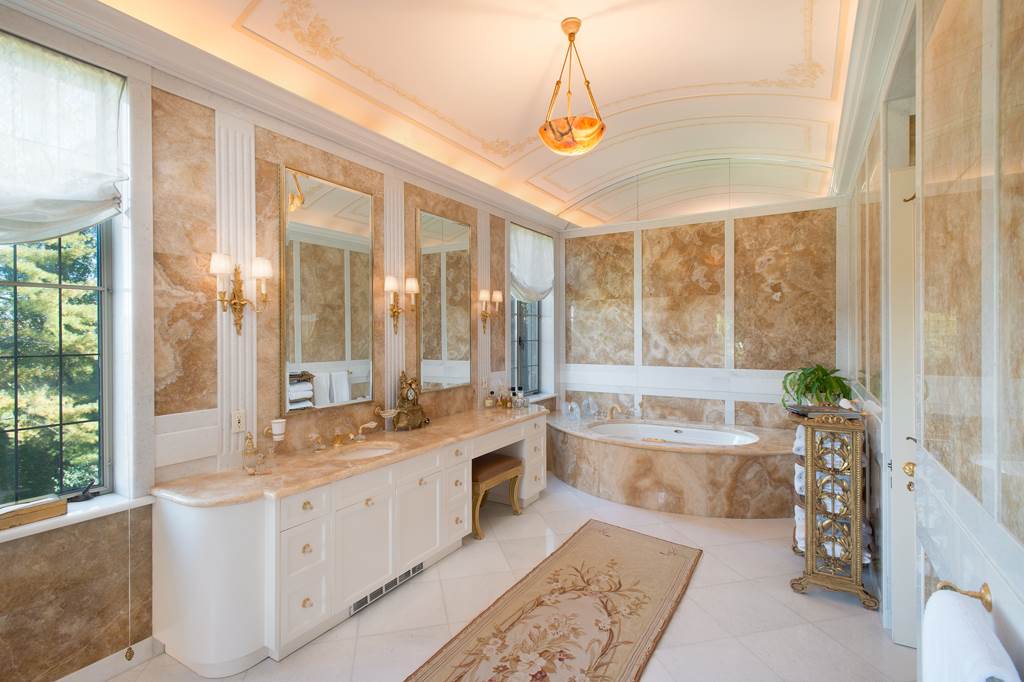 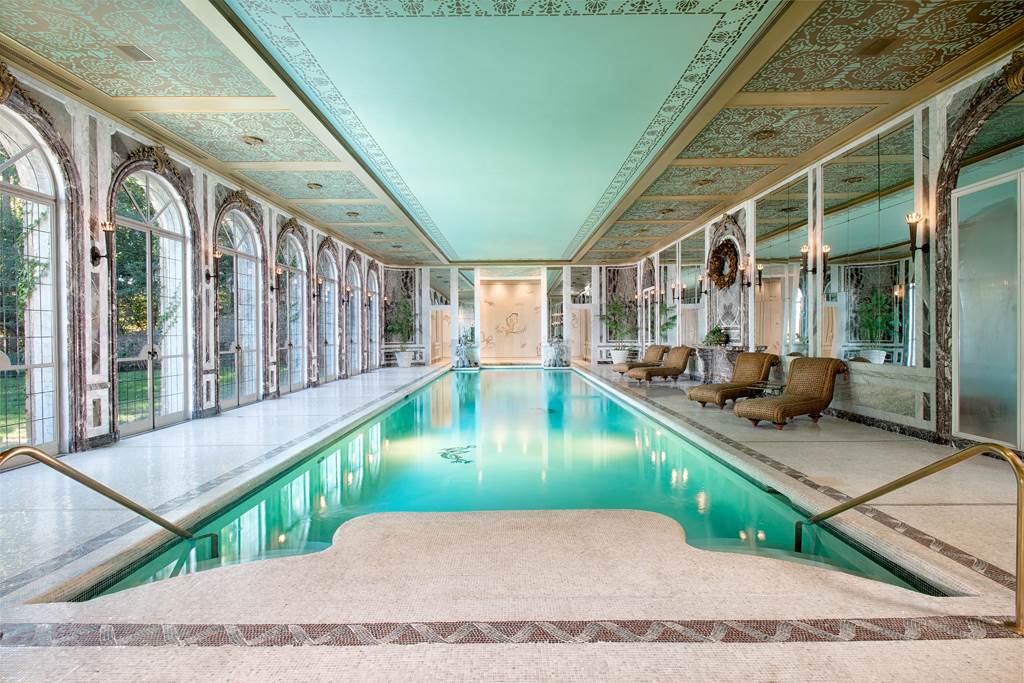 The home features an indoor pool with Italian mosaics. 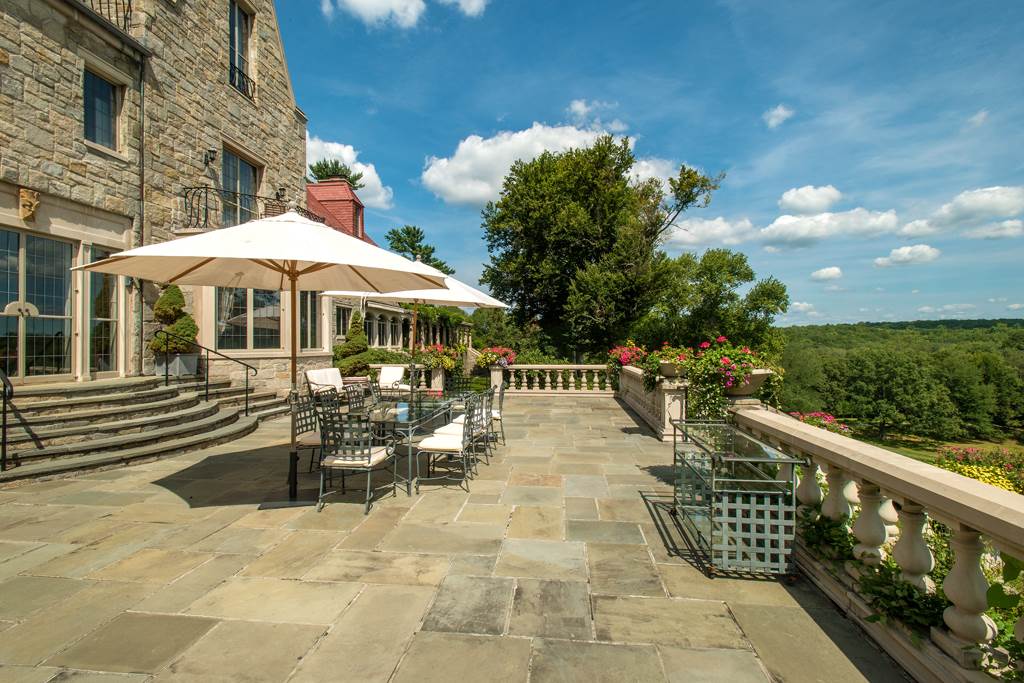 The expansive deck has a breathtaking view of the grounds. 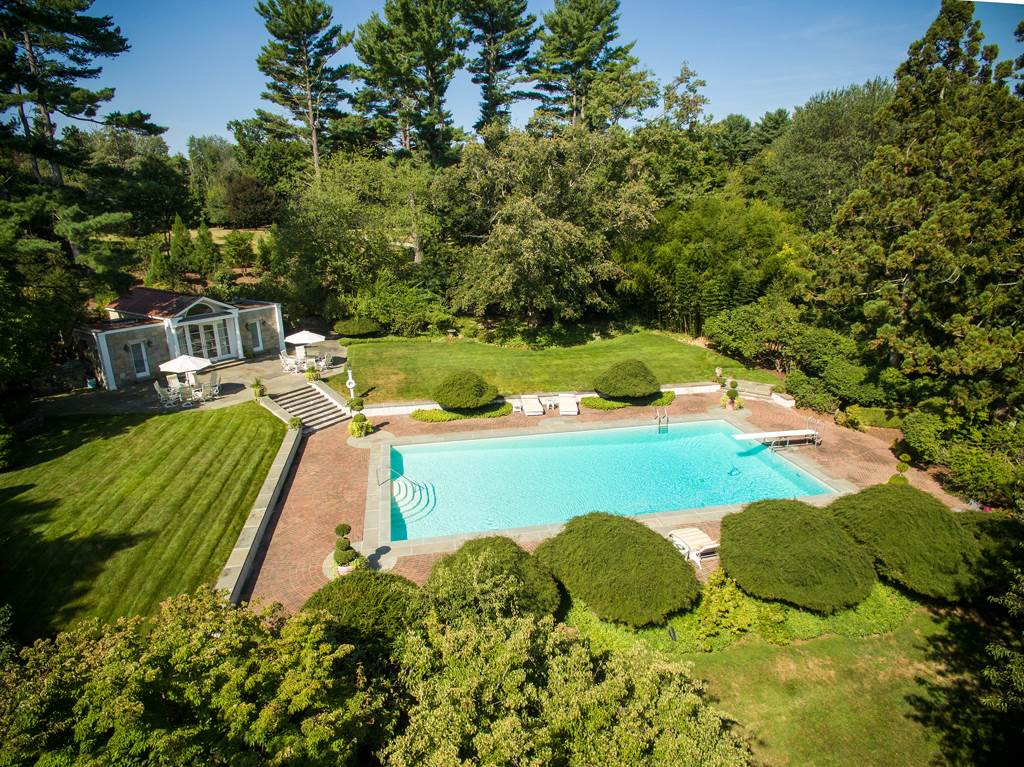 The grounds also feature an outdoor pool and poolhouse.

A version of this article appeared in the April 2016 issue of NYC&G (New York Cottages & Gardens) with the headline: This Issue's Big Deal.