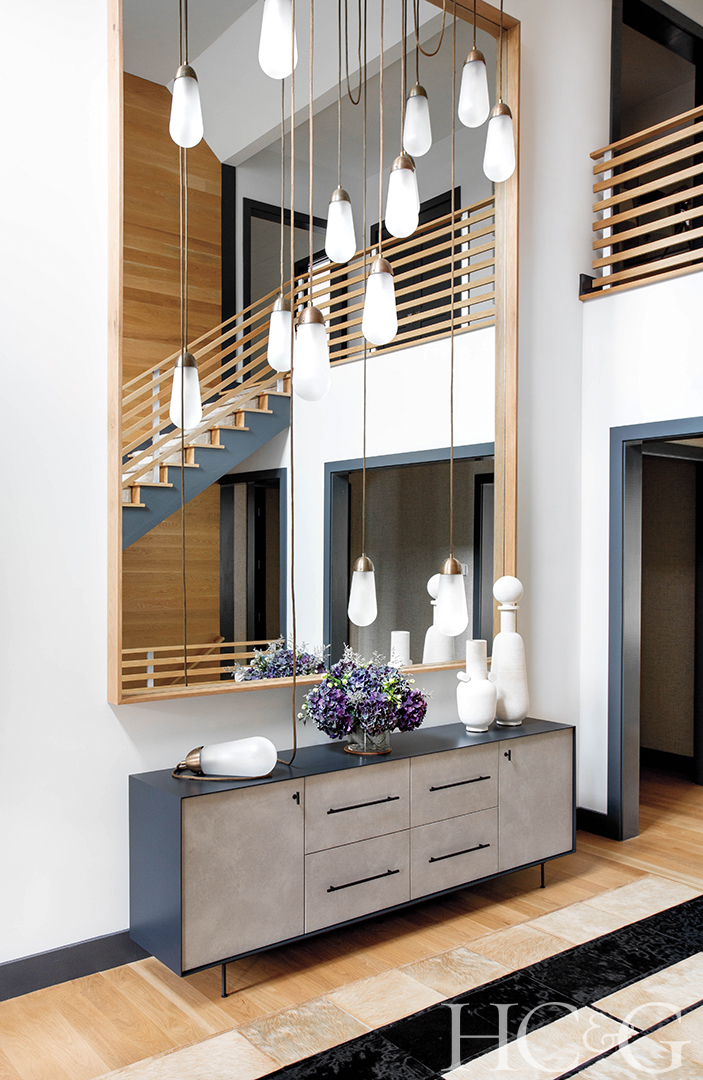 Two years ago, when David Forbes and Velda Turan were looking for a summer rental, their broker showed them an East Hampton spec house that was about to go on the market. It ticked all the boxes, and the would-be renters suddenly found themselves making an offer to buy it. The timing was auspicious, as the couple, both Manhattan-based specialists in luxury commercial retail space, had just found out that they were expecting.

The pair’s taste spans from traditional to contemporary, and they were looking for a place somewhere in the middle. As Turan explains, “We wanted high/low, old world/new world, mid-20th-century but not too mid-20th-century.” In other words, clean-lined spaces and a comfortable living environment for hosting family and friends. “We also didn’t want to come in and look like the new house on the block,” Forbes adds. “Between the architecture and the landscaping, and the way the house looks and feels, I think we attained that.”

Bordered by agricultural reserve and a stone’s throw to town, the new-construction six-bedroom, eight-bathroom home with an office, a pool, and a pool house was a blank slate, an ideal launching pad for new beginnings and a lifetime of memories.

Turan had noticed the work of Sag Harbor–based designer Timothy Godbold in one of the other houses she and Forbes had toured and thought he was the perfect fit for the interiors. “We hoped to find someone local so that the process would be more organic,” she recalls. “We met Tim and instantly connected.” Forbes adds: “After the first conversation, he understood what both of us wanted. He did an amazing job bringing our vision to fruition.” 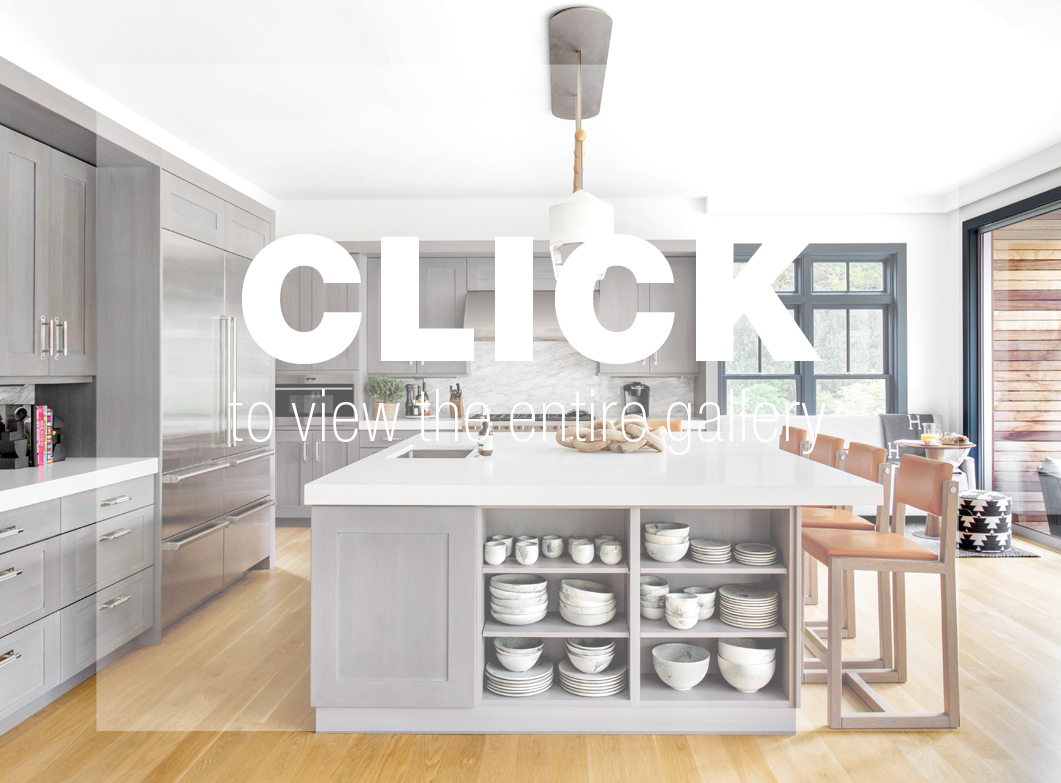 A native Australian, Godbold was a clothing designer for Ralph Lauren in Sydney, London, and New York before he decided to leave the fashion industry and resettle in Sag Harbor, where he worked at Monc XIII and later started taking on interior design clients. His longtime love of texture and timeless design translated easily to his current profession. From the start, he set out to add character to the house, giving it depth and a backstory, and he found willing collaborators in Forbes and Turan. “We hit it off,” he recounts, “and because they are familiar with development and construction, they were very hands-on.” Godbold also happens to be a bit of a house whisperer, claiming that “I know immediately what to do. The house will tell you, ‘This is how I want to look,’ so that you’re not trying to push a marshmallow into a piggy bank.”

The decorator sourced items from local to international, custom to vintage, factories to 1stdibs, all in what has become his trademark toned-down palette. “Because I don’t work with a lot of color,” he says, “I get my wow factor from texture and touch and feel—whether from a surface or a fabric.” His pared-back approach is purposefully strategic: “I want a house to have longevity, to be relevant for a long time. When I was in London in the early 1990s, I remember spending a fortune on a Jean Paul Gaultier jacket that I couldn’t wear again. I realized that I wanted things to outlast me. In a house, you don’t want your eye to get worn out.”

In this residence, the eye is engaged the minute one passes through the entryway. “I opened up the space in order to add drama,” says Godbold, who installed Apparatus’s Lariat 1 light fixtures and “the biggest mirror Southampton Glass has ever made—more than 15 feet tall. It creates a double reflection that’s incredible at night.” A Kyle Bunting hide rug and pottery by ceramist Eric Roinestad anchor the space.

The entry leads into a sitting room, where Godbold “played with bigger proportions and more of an ’80s aesthetic.” The low, oversize custom chairs, artfully arranged around an Anthropologie cocktail table, are covered in a Cowtan & Tout wool that’s “similar to what I would have used for a Ralph Lauren coat.” Throughout the house, Turan explains, “we went for high design sprinkled with attainable, comfortable pieces, with a specific emphasis on rich fabrics and deep textures.”

The couple’s art collection provides the home’s few touches of color. In the dining room, where vintage chairs surround an Italian table, a family heirloom landscape sits across from a 1960 Perle Fine abstract from Eric Firestone Gallery. “We have a mix of traditional and abstract art,” Turan notes, “and it’s cool to see how the pieces speak to one another.”

Other than the pool, one of Forbes’s favorite spots is his office. “I’ve been collecting sports memorabilia for 30 years,” he says, “and Tim incorporated some of it into the decor. I would happily work there all summer!” Turan, meanwhile, adores the master bedroom, where a tactile faux wood-grain wall covering adds depth. “It’s everything I had envisioned,” she says. “Peaceful, bright, light, comfortable, not too fancy, and not too casual.”

Godbold’s personal favorite is the baby’s room (she is now 16 months old). Here, any notion of traditional pink has been pushed aside in favor of a chic, playful space with a calypso dancer wall covering and elaborate handmade accent pillows. Perhaps the master of the muted palette has a flair for the theatrical? Anything is possible, particularly since the man who has already had a few lives says he’d “like to write a screenplay one day. Think Running with Scissors meets Muriel’s Wedding.”

A version of this article appeared in the July 15 issue of HC&G (Hamptons Cottages & Gardens) with the headline: Instant Classic.