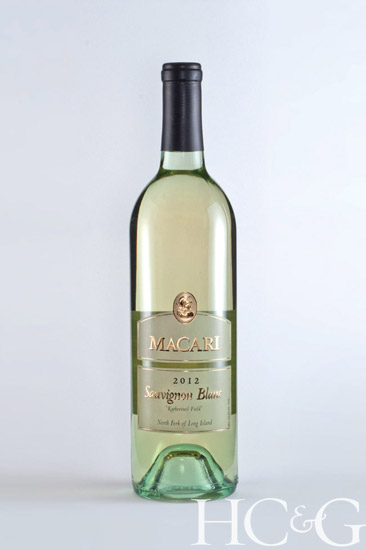 Cheesemonger: A fourth-generation farmer, Arthur Ludlow started making artisanal cheeses in 2003, using milk from 15 Jersey cows that live on his farm on the eastern side of Mecox Bay. He sells six different styles of cheese—one hard, one soft, one mild, one strong, one cheddar, and one blue—at both his property’s farm stand and farmers’ markets throughout the Hamptons.
Cheese Board of Choice: A selection of three different cheeses with raisin and nut bread, sliced pears, and red grapes
● Atlantic Mist: a creamy Brie-style cheese with a bloomy rind and a mild, mushroom-y flavor
● Shawondasse: a mild, semi-soft textured cheese with a yogurt-like tang to the finish
● Sigit: aged 30 months, a hard Alpine-style cheese similar to Gruyère, with a nutty flavor
Local Wine Pairing: Mild, nutty cheeses match well with medium-bodied reds with soft tannins, such as McCall’s 2012 Pinot Noir ($30), which has notes of dark cherry, strawberry, and toast. 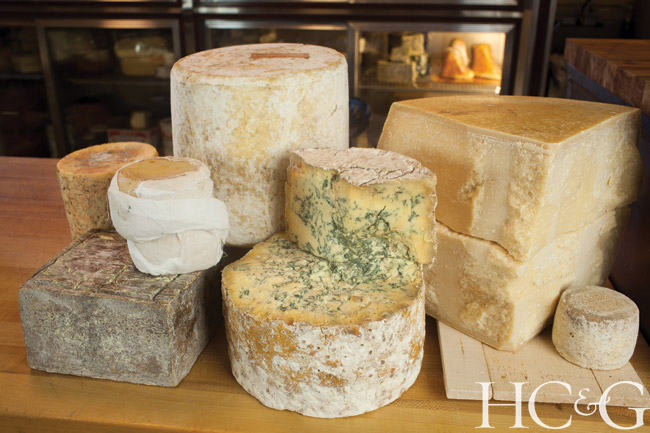 Cheesemongers: Cheese, fine food, and wine purveyors Tracey and Michael Cavaniola are celebrating their enterprise’s tenth anniversary this summer.
Cheese Board of Choice: A four-cheese platter garnished with fresh figs
● Triple-crème Kunik: a soft, buttery little round
from Jersey cow cream
● Abbaye de Belloc: from the French Pyrénées, a semi-soft, mold-ripened sheep’s milk cheese with a nutty flavor
● Aracena: a washed-rind goat’s milk cheese from Spain with a firm texture, full flavor, and a tart, lingering finish
● Cremificato: a Gorgonzola from northern Italy with an oozing texture and sweet-salty taste
Local Wine Pairing: Rich and creamy cheeses like these pair best with a Chardonnay-based sparkling wine. Sparkling Pointe Blanc de Blancs 2009 ($42), aged for four years and made in the Méthode Champenoise manner, has a slightly mineral taste, aromatic notes of flowers, apple, and brioche, and a silky texture. 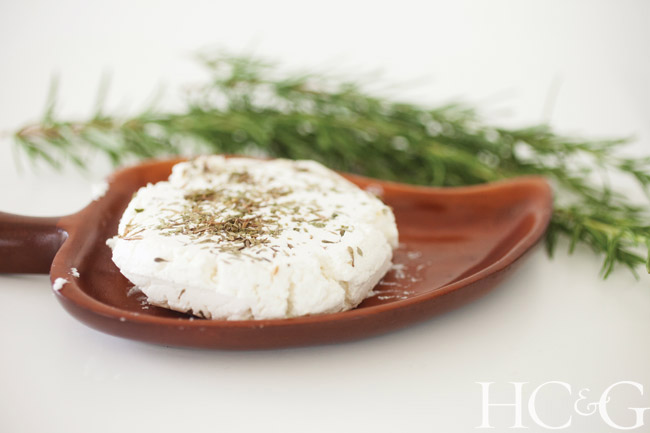 Cheesemongers: Karen and Michael Catapano run a small, family-operated goat dairy and have won numerous awards for their chèvre.
Cheese Board of Choice: A grouping of four cheeses garnished with white grapes and sliced apples and pears
● Farm-fresh chèvre: a soft and creamy goat’s milk cheese with a tangy finish
● Sundancer: a strong, firm, dry cheese, somewhat like Romano, made from both goat’s and sheep’s milk and aged for ten months
● Summer Cloud: aged one year, a full-flavored, crumbly Tomme-style cheese
● Fresh ricotta: made in small batches from whole raw goat’s milk, Catapano’s version is light, zippy, and lemony
Local Wine Pairing: Goat cheeses cry out for Sauvignon Blanc, a classic pairing that originated in the Loire Valley. Macari’s 2012 Sauvignon Blanc ($23) has a racy acidity, a bright, refreshing flavor, and aromas of grapefruit and lime.

A version of this article appeared in the July 1, 2014 issue of Hamptons Cottages & Gardens with the headline: Perfect Pairings.