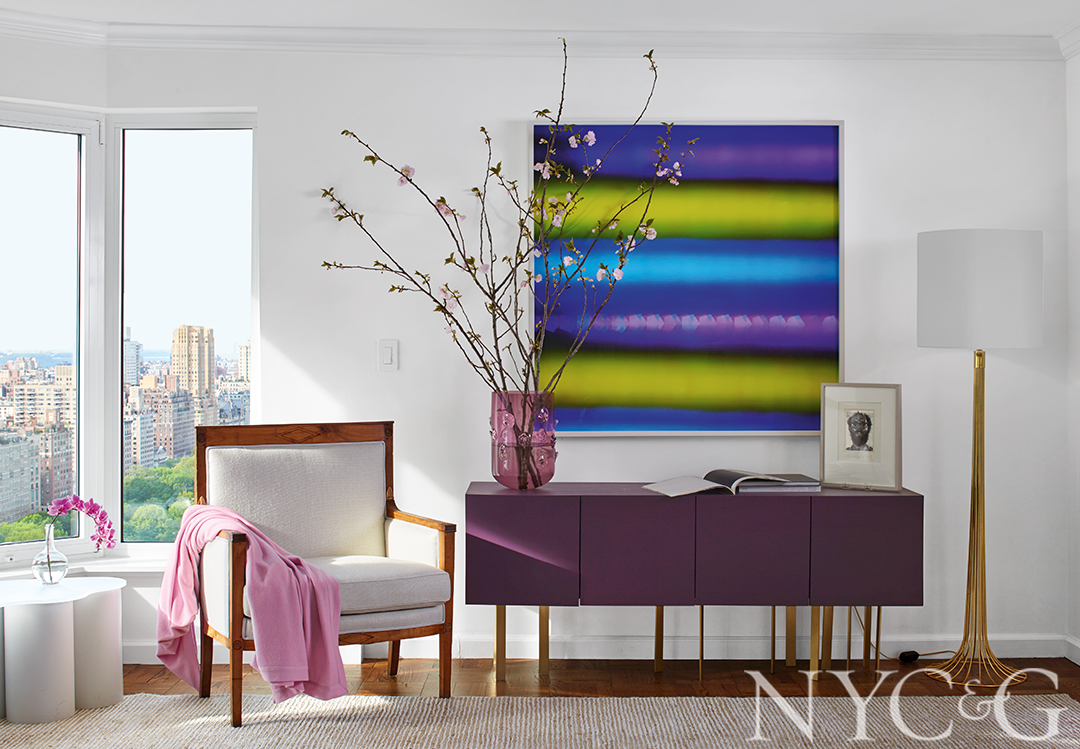 Two years ago, when Paula Caravelli first stepped into her current apartment, she was tempted to turn around and leave because of its small, lackluster entry. “First impressions are everything to me,” says the interior designer, who launched her firm, Paula + Martha, along with Martha Angus, in 2005. After seeing the rest of the place, however, she was won over by the unit’s bird’s-eye views of Central Park. She and her husband, James, had spent three decades in an apartment in Carnegie Hill—where they raised four sons—and were looking for a change that included a more central location and a space where Caravelli could work from home.

The biggest obstacle in decorating the 1,600-square-foot one-bedroom was clear from the beginning: The landlord wouldn’t allow any structural changes (it’s a rental). “I think of myself as an architectural designer,” says Caravelli, “so there was a bit of frustration in not being able to massage the bones.”

But she knew just how she could add impact to the space without any modifications to the floor plan. “I love starting with contemporary art, and making that the primary focus,” says Caravelli, who selected a large-scale black-and-white monotype by Pat Stier as a jumping-off point for the mostly neutral living room. Another black-and-white piece, a collage by Robert Greene, spans the opposite wall, while a photograph by Roman Scialom provides a “bolt of color.” Custom furnishings include a curved sofa, a kidney-shaped ottoman with “splatter” embroidery that mimics Stier’s work, and an aubergine sideboard that plays off the tones in Scialom’s photograph. These join a pair of 19th-century French armchairs, vintage polished-aluminum klismos-style desk chairs, and B&B Italia swivel chairs found at a Paris flea market. “I like a good mix. It’s all about the dialogue between the art and the furnishings.” 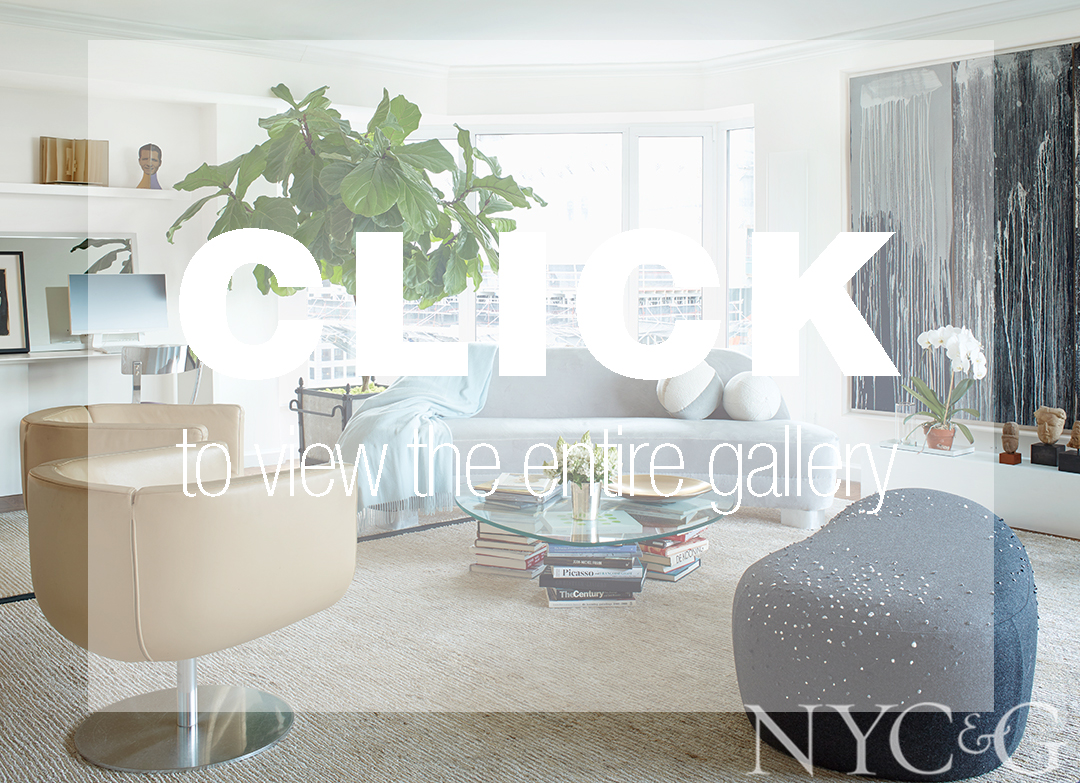 Along with the many prominent artworks, including a Rashid Johnson in the dining room and a Joan Mitchell in the gallery (the canvas had to be carried up 35 flights because it was too large for the elevator), Caravelli has incorporated drama in other ways, such as painting the white walls in the dining room midnight blue. “The minute we darkened the walls, the view of the park took center stage,” Caravelli says of the space, which also features a custom aluminum-and-Lucite table that follows the curved wall of windows, sculptural lacquered chairs, and a light fixture made of LED tubing. A sitting area adjacent to the entry, set off by mirrored torchères that Caravelli designed for the 2012 Holiday House showhouse, doubles as a soigné reading nook. And even an abstract sculpture made by her son during third grade has been reconfigured into an artful lamp. (“It’s child’s art, but it can be serious—that’s the fun of it.”) As for that cramped entry? Caravelli made the most of the tiny space, applying mirrors to make it appear larger, painting the walls a moody gray, and installing a yellow mirrored sculpture by Belgian artist Michel Martens for a colorful contrast. “Sometimes I find that more challenges lead to a better outcome.”

A version of this article appeared in the October 2017 issue of NYC&G (New York Cottages & Gardens) with the headline: Paula's Perch.