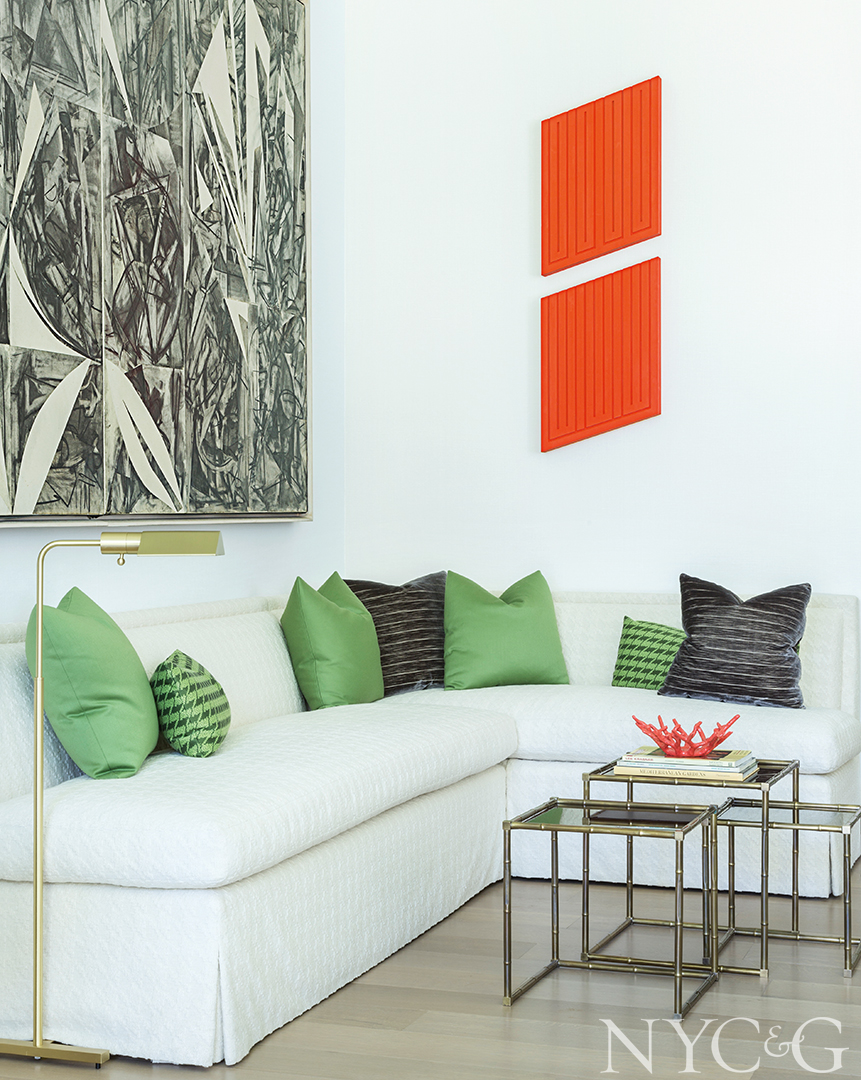 On one of decorator Sherrill Canet’s many visits to the North Shore property featured on these pages, she had a memorable encounter with the homeowner, who is also a friend. While she stood in the driveway with fabric swatches draped over her arm, he said to her, “Make it really nice.”

“It was inspiring,” recalls Canet, whose namesake interior design business is based in Locust Valley, not far from her clients’ home. “That little bit of pressure made it even more important for me to get everything right.” In fact, Canet had already been making the rooms of the 5,000-square-foot five-bedroom home “really nice.” Prior to embarking on a total interior re-do of the house, a mélange of architectural styles that Canet characterizes as “European mid-20th-century Mediterranean,” she had earlier transformed the master bedroom and bath into a neutral oasis of “biscuit-y beiges, whites, creams, and ivories, with touches of plum.” She had filled the space with many of the furnishings she markets under the Sherrill Canet Collection, including an ellipsis-patterned Stark carpet whose principal design motif is echoed by the room’s ottoman. Even the master suite’s new fireplace surround references the house’s architecture.

Canet’s clients and their children had been living in the house for years, but they wanted adjustments to the floor plan that would enable them to entertain on a larger scale, in addition to a thorough refresh. Canet had begun her design work prior to the couple’s purchase of many notable art pieces—a flag collage by Jasper Johns and a Dubuffet sculpture, among others. “The art provides pops of color, certainly, but each piece is so strong that it didn’t affect the design. The art makes itself known.” 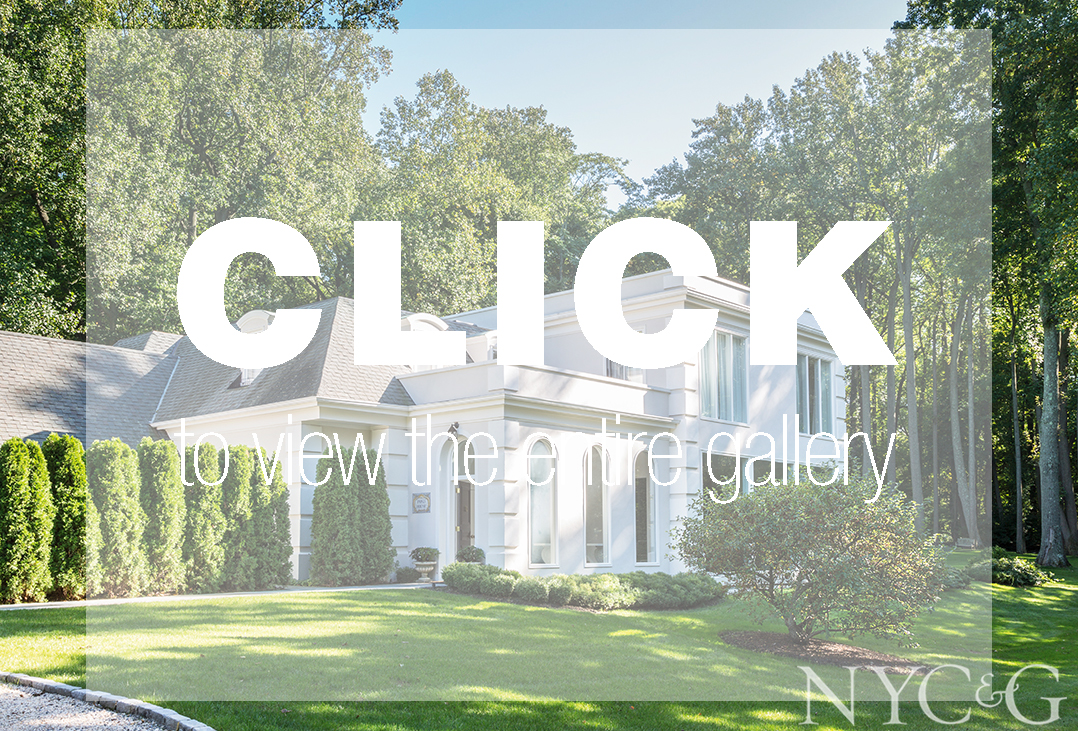 It’s no surprise that the couple are art aficionados, given the residence’s history. The house was built in the 1960s by the late Dorothy Hart Hirshon, a leading socialite, philanthropist, and art collector of the era. Following her first marriage, to John Randolph Hearst, a son of William Randolph Hearst, she married CBS chairman William Paley in the 1930s and was instrumental in helping him build what would become the William S. Paley Collection, which now belongs to the Museum of Modern Art. Following her divorce from Paley, Hirshon married stockbroker Walter Hirshon in 1953, and upon divorcing him, in 1961, commissioned this home for herself.  “Just looking at the house,” Canet says, “you can tell that she wanted it to have a sense of European glamour about it.”

Among Canet’s changes to the layout: an expanded living room, achieved by removing columns and built-in bookcases, and a freshly defined dining area, thanks to a new wall that separates it from the kitchen. The formerly formal living room has now become a focal point of family life. Canet’s clients, she says, “really wanted to be able to use the space all the time.”

The children congregate often in the playroom/media room, amply allotted with billiards, foosball, and ping-pong tables, all loomed over by the playful Dubuffet, decked out in orange and white hues that mirror the space’s furnishings. The surfaces and materials are intentionally “rough and tumble, for the kids and their friends to play on,” Canet says. “A lot of fun activities take place in this room. In fact, the whole project was so much fun to do, in part because I already really loved the house to begin with. Ultimately, that’s what made this project really nice.”

A version of this article appeared in the October 2017 issue of NYC&G (New York Cottages & Gardens) with the headline: Nice & Easy.