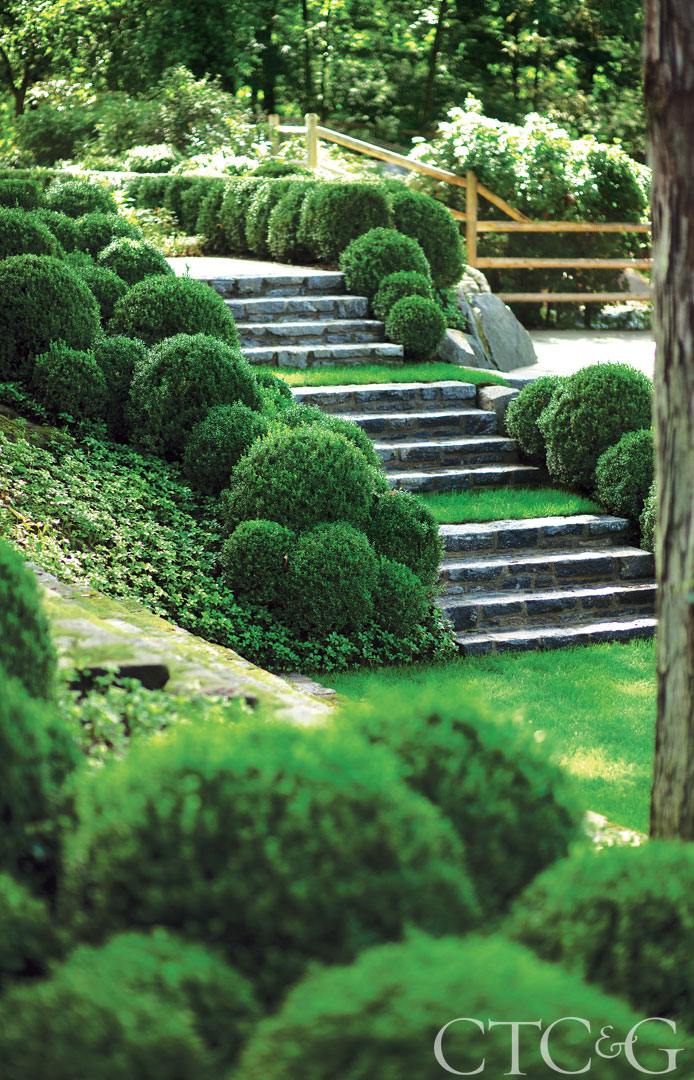 It was a dappled and misty day when James Doyle first arrived at the site of a new project—an imposing Greenwich landmark home set on a hill at the edge of a wood. “Funnily enough,” says Doyle, a principal of Doyle Herman Design Associates, “it became clear to me right off what the design should be. From day one, I referred to this project as atmospheric.”

Atmospheric, too, describes the work of the American Impressionist painter John Henry Twachtman, whose spirit informs the property. Having traveled in Europe, Twachtman settled in this part of Connecticut with several of his artist friends (J. Alden Weir among them) at the end of the 19th century. But it was Twachtman’s sons, J. Alden and Quentin, who designed this Old World residence in 1928, and had it built from stone quarried on site. In all, the Twachtman brothers designed about two dozen rather stately homes in and around Greenwich—this one was for Florence Rockefeller Sloan. The house styles vary, but all are sensitively sited—fitting easily into their natural surroundings. The fluid harmony between sites and dwellings recall the gentle sensibility found in their father’s paintings.

By 2011, when Doyle entered the picture, the house and landscape were about 80 years old and exuded a palatable aura of age. “Our job was to preserve and restore the history of the place, but go at it with a lighter hand,” says Doyle, who worked on the property with Cheryl Brown, a senior landscape architect at DHDA. The house was surrounded by some very old trees. “The ancient legacy oak in the front courtyard may even predate the house,” says Brown. 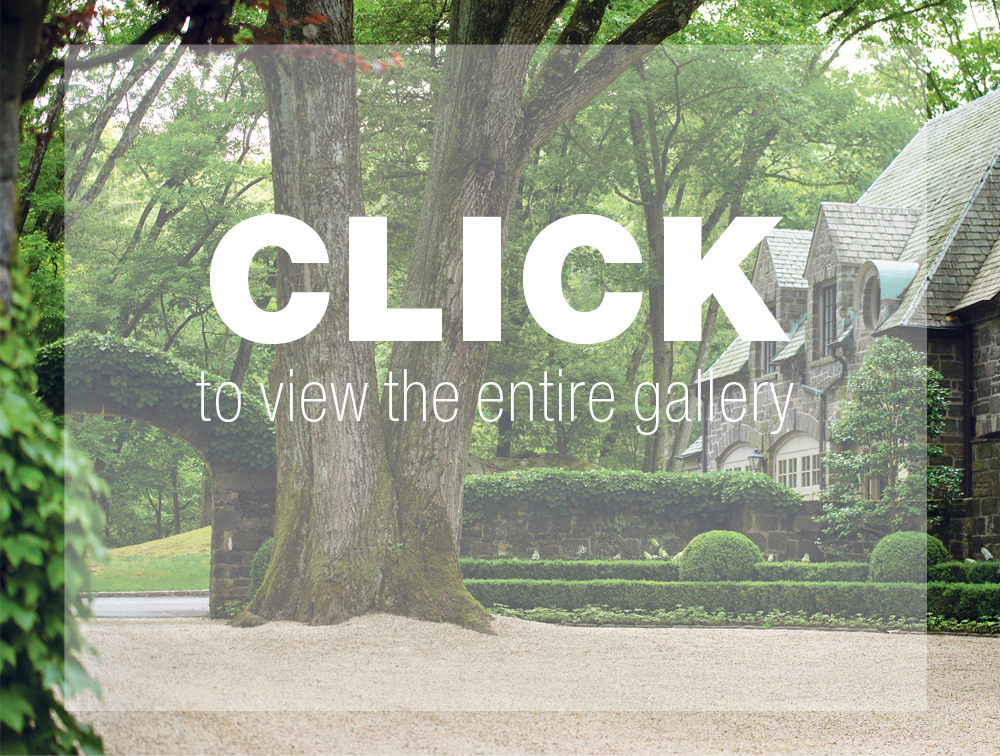 Together, Doyle and Brown developed a sympathetic landscape of tonal, muted harmonies. “We structured the landscape in an organic, natural way,” Brown explains. “The pathways were completely redone, and we inserted broad flights of steps to connect the terraces. The only thing ‘grand’ here is the stairway we added at the back of the house.” The stairs’ steps are made of Barram Black, a locally found granite.

The house overlooks a man-made pond, which is shared with other neighbors. Restoring the pond was a major element of this project. To return it to good health, the pond had to be dredged. Then, the rich dredged matter was tested, blended and returned as excellent organic soil to build up the terraces. The team also added a spa beside a swimming pool, which was built by previous owners. The terrace was redone in bluestone with a diamond motif the runs throughout the masonry.

Irregular rounded balls of boxwood create a soft carpet from the house down the hillside to the woodland’s edge; if you squint your eyes, they suggest broad broken brush strokes. Vinca, too, is used as a ground cover. Its dark glossy leaves sparkle beneath the uneven light beneath the trees.

“We came in as part of a team, working alongside the architects, as the house underwent its transition to a new life,” says Doyle. While fresh and new, this landscape still retains many memories.

A version of this article appeared in the May 2017 issue of CTC&G (Connecticut Cottages & Gardens) with the headline: Tonal Topology.