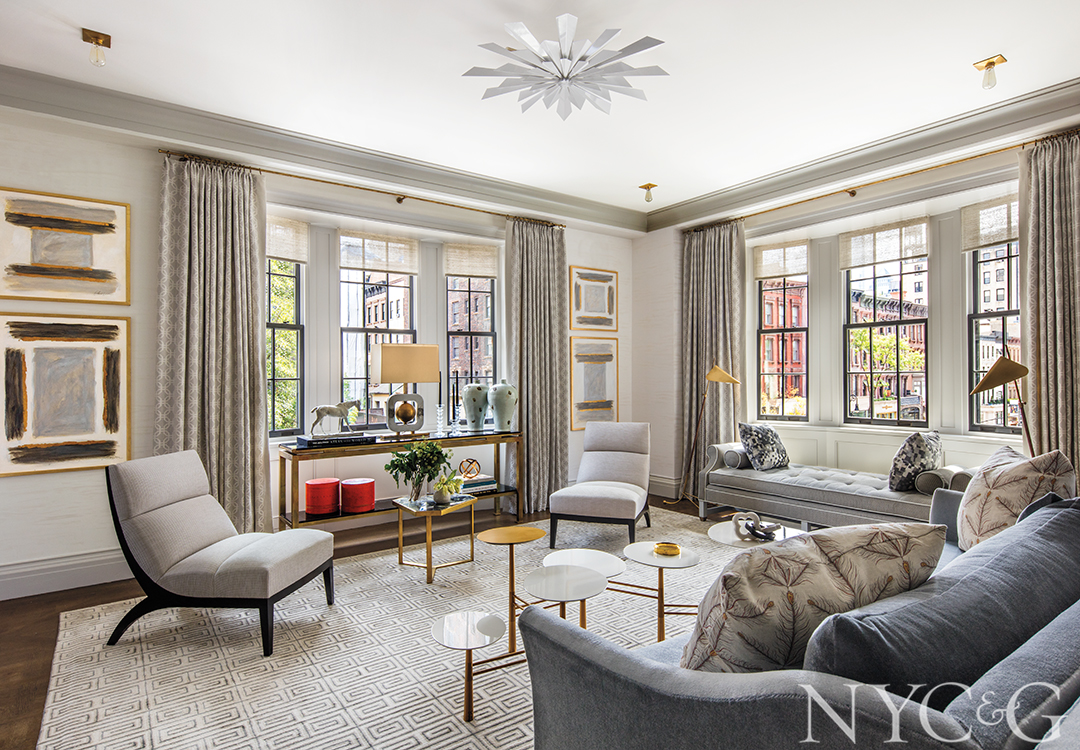 One of the great advantages of reaching interior design’s upper echelon is the opportunity to work in some of Manhattan’s most historic luxury properties. So when Thom Filicia was asked to design a 4,700-square-foot four-bedroom in a Beaux Arts beauty on the Upper East Side, he was justifiably delighted. Built in 1913 on the site of an aggressively opulent 1884 mansion, the 11-story building was a rental until 2013, when it was converted to condominiums after a complete upgrade by the architectural firms SheltonMindel and Beyer Blinder Belle. The renovation provided artfully expanded rooms more suitable to modern living, but left enough original interior architecture to capture a sense of the city’s past.

Filicia’s clients, a couple with young children, brought him on while the building was still a construction site. “They wanted a home that was sophisticated, but not pretentious or fussy,” he says. “It had to be formal enough to make sense with the architecture, but inviting at the same time, with an easy flow between spaces and rooms that could accommodate a birthday party with clowns or a candlelit dinner.” 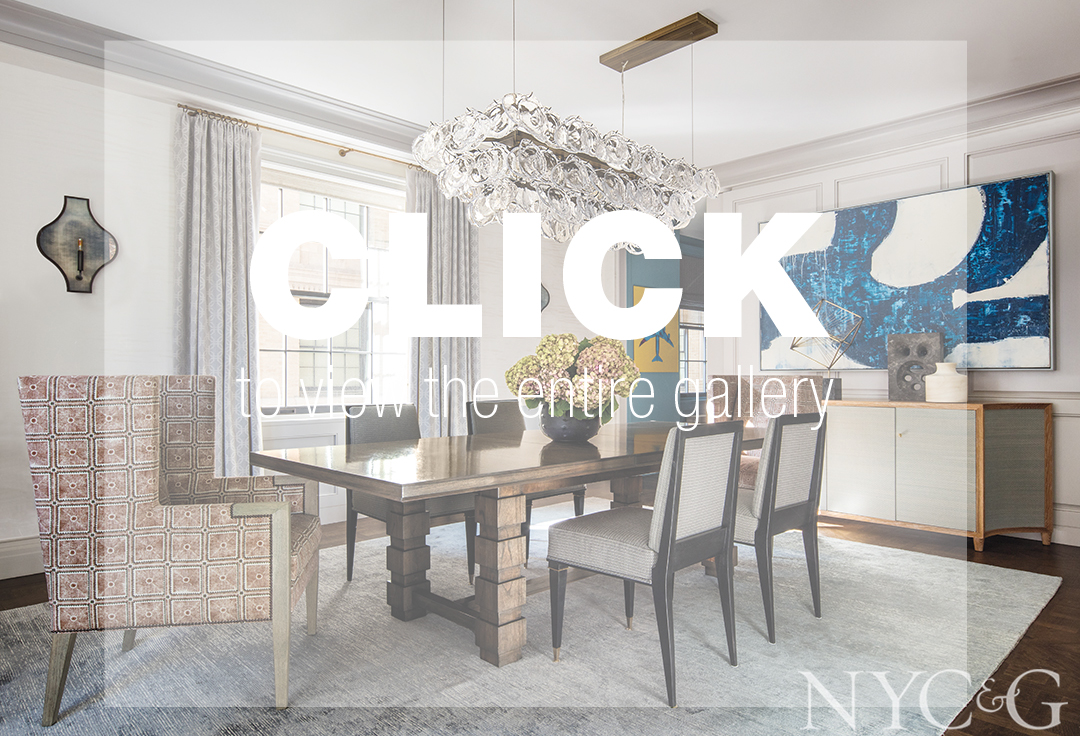 Filicia, who worked at venerable design practices such as Parish-Hadley, Robert Metzger Interiors, and Bilhuber & Associates before opening his own firm in 1998, typically starts a project by creating a cohesive and detailed overall plan, including the furniture layout. “Then we do elevations for all the rooms,” he says, “and then we start looking at the lighting.” Despite the work that was done during the building’s conversion, some reconfiguring was a necessary part of the program. “We took down some walls and put others up. We modified the kitchen cabinets, added sconces, ceiling lights, and closets, customized the dressing rooms in the master suite, and replaced the fireplace surround in the living room. We basically took what was a beautiful apartment and turned it into a custom home.”

And then came the decor, which is a more complex process to Filicia than just shopping for beautiful things. “Part of what I do as a designer is to help my clients focus and define their own aesthetic, so that their home becomes a natural extension of who they are,” he says. “Not all clients know what their tastes are when we start their project, but I hope they will have a much better understanding when we’re done. I really like it when a home tells the story of the people who live in it.”

To bring the substantial living room down to a more intimate scale, Filicia divided it into two seating groups defined by back-to-back sofas. One looks out past a contemporary modular Nada Debs cocktail table to a pair of elegantly enveloping lounge chairs. The second faces a deeply tufted ottoman worthy of a Victorian hotel lobby and a plainer, more contemporary fireplace surround in place of the apartment’s original. A Holland & Sherry custom rug with an updated Greek key pattern ties the two areas together.

The palette of the apartment is essentially “neutral,” but the neutrality is deceptive. The serene master bedroom, for example, is a symphony of blues, grays, browns, and pale lilac with tonalities ranging from white and ivory to charcoal and black. Because his clients wanted their home to be “simple and unfussy,” Filicia reports, he introduced subtle patterns “to give the space some visual depth. Layering always enlivens a room.”

The office also adheres to the less-is-more directive, with one exception: Filicia painted it a custom high-gloss French blue and filled it with chocolate-brown furniture, including a soft velvet sofa. “The more saturated palette,” he explains, “separates this room from the public spaces and makes it more private. It doesn’t take itself too seriously, and the emphasis is on comfort instead. It’s even inviting for the kids.”

The dining room is a balancing act of both old and new. The goal: a curated look that appears to have been assembled over time. The trestle table, from Filicia’s own collection for Vanguard, suggests a hint of the 17th century, while the ebonized side chairs are 19th-century French antiques. A pair of contemporary wing chairs are covered in a textile based on the ceiling of the medieval cathedral in Pisa, and a hand-sculpted glass chandelier illuminates all, including a sleek buffet under a Scott Kerr painting sourced from Filicia’s New York City showroom, Sedgwick & Brattle.

The kitchen and family room, cobbled together from a hodgepodge of small spaces that were part of the original prewar layout, “is a space for family to enjoy informal meals or watch TV or bake cookies—whatever they want to do,” Filicia says. And it was designed so that the kids can feel at home there, without having to worry about fabrics and finishes. “The sofa is beautiful, but it’s covered in an indoor/outdoor fabric, so it’s totally cleanable.”

Kid-proof and family-friendly, yes, but the designer’s work is far from done. Filicia’s clients have recently decided to buy the unit above theirs and create a guest suite. The staircase has already been installed, and the decorator has been keeping busy.

A version of this article appeared in the October 2018 issue of NYC&G (New York Cottages & Gardens) with the headline: Thom Terrific.