Tour a Blaze Makoid-Designed Home with Adventurous Yet Clean Interiors 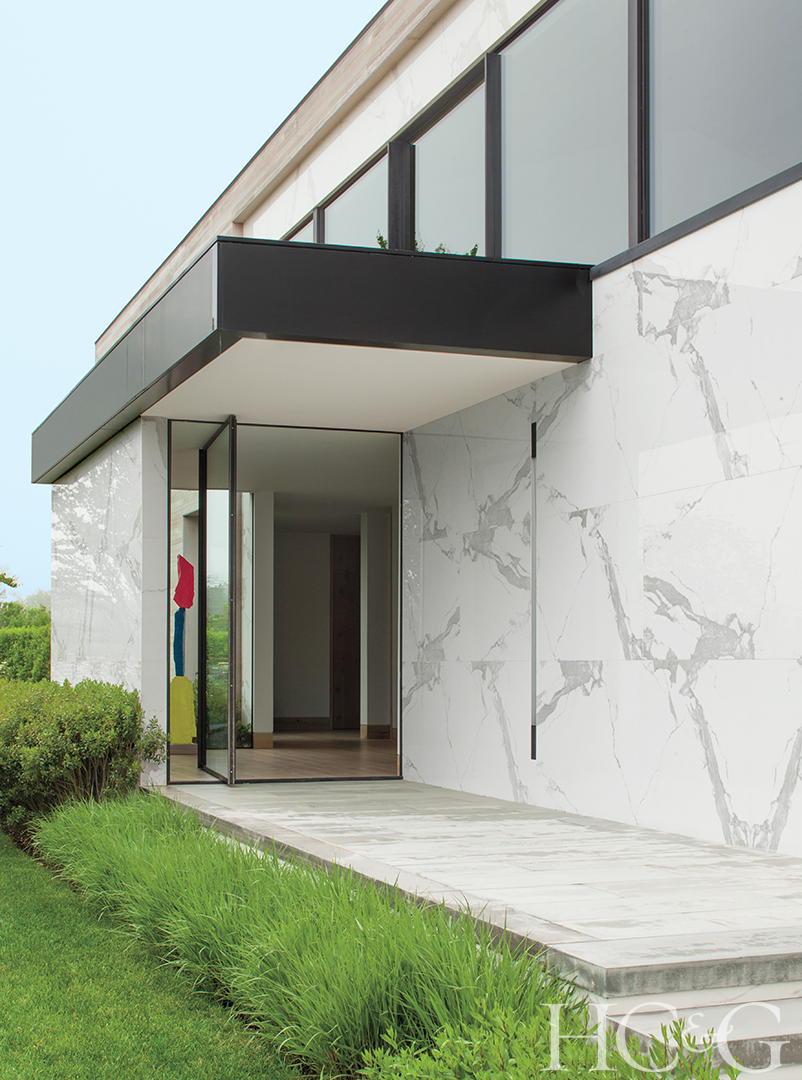 This is one of those Hamptons real estate stories that, given its cast of characters, reads like a suspense thriller. The opening pages begin with developer Jay Bialsky walking through a teardown on a plot with enormous potential just off the beach in Bridgehampton. He asks Blaze Makoid Architecture to design a deeply personal new family house, and Makoid delivers a plan for a deconstructed series of pavilions centered on a huge living room, like “a hotel lobby with a game area, a big bar, and a lounge,” he says.

As Makoid’s team gears up for a demanding build, Bialsky’s eye begins to wander, smitten with a grade-A piece of waterfront land nearby. “We rolled up the drawings and put them in the drawer,” Makoid says of the project, which evolved into an enormous spec house engineered for wide appeal. “We decided to walk the line with a design that was not such a one-off that people couldn’t relate to it.”

Aware that each dollar saved on construction increases profits, Makoid creates a new scheme that’s essentially a polar opposite to the original, packing the requisite butler’s pantry and junior master suite into the simplest possible envelope totaling 10,000 square feet. “The most economical thing we could build was a shoebox,” the architect explains. For character, he plans to stain the cedar exterior black.

Anxious about turning off potential buyers, Bialsky balks at black, but suggests adding eye candy in the form of large marble slabs flanking the entry. Fearing real marble might shatter in a deep freeze, Makoid swaps in an engineered stone that the manufacturer has guaranteed to survive, although the master bath is kitted out with the real deal. Lending character and gravitas are interior accent walls built from reclaimed barn wood and oak plank floors. Painted gypsum-board walls and ceilings finish off the structure’s minimalist simplicity. 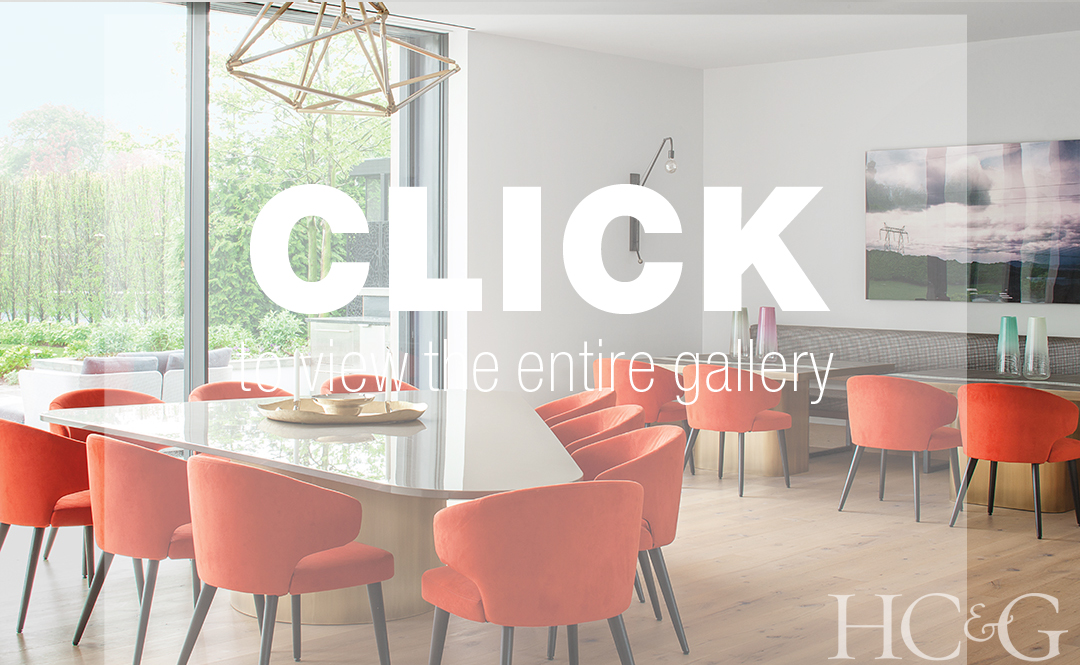 The newly completed house eventually draws the attention of a young Manhattan-based family-and-couples therapist from a prominent collecting clan. To be specific, her limited-edition Campana Brothers gold leather Alligator chair is from Mom, who also advised that her daughter hire interior designer Andrew Sheinman of the firm Pembrooke & Ives. (Mom admires his tailored interiors for both the East Hampton Golf Club and a handful of her friends.)

Sheinman, who has worked for Sting and Mariah Carey, describes the house’s style as California Contemporary: “It has a lot of white walls,” he says. Organic furnishings, such as the curvy seating pieces, are intentionally short on sharp angles. “Every piece is interesting,” Sheinman notes, while also acknowledging the challenge of finding furniture big enough to fill such large rooms. “You really want to jump on that huge living room sofa and take a nap.”

Even Makoid contributes to the artful tableau in a return visit toward the story’s denouement, building a pool house, outdoor kitchen, and outdoor dining room sheathed in an edgy, filigreed laser-cut metal screen. In the end, Makoid recalls with a smile of surprise, the house “absorbed a very adventurous buyer and her taste.” Certainly the makings for a novel with a happy ending.

A version of this article appeared in the September issue of HC&G (Hamptons Cottages & Gardens) with the headline: Plot Twists.