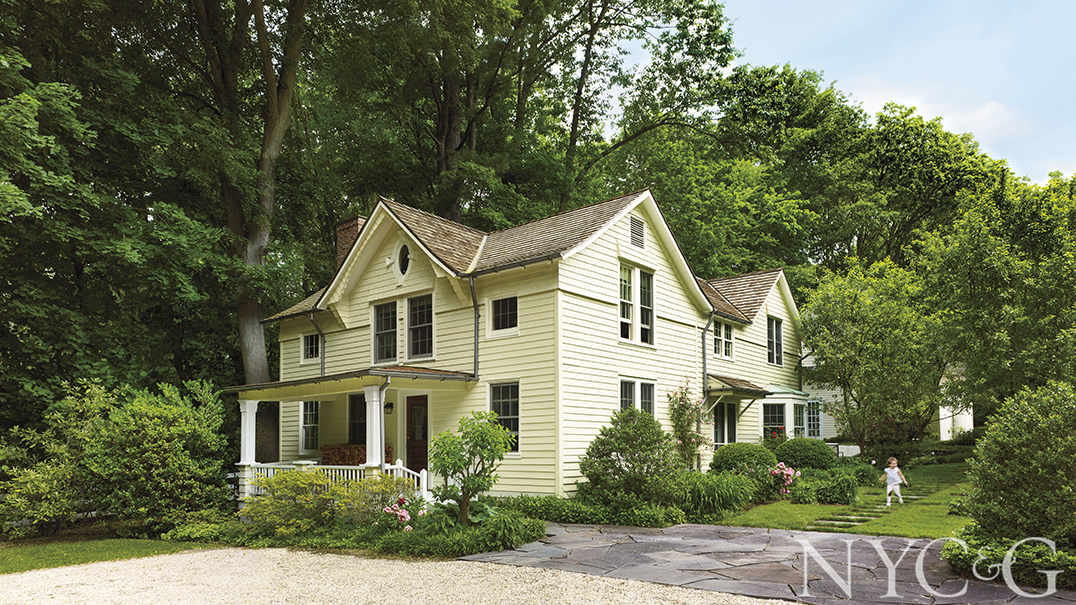 But as she was touring a “charming and magical” 1840 cottage and barn situated on a two-acre parcel with lush gardens and century-old apple trees, she found herself instantly smitten. “I started imagining what I would do with the interiors,” recalls MacMurray, who has frequented the Nassau County community for more than a decade. “And then our kids started running around the yard, and we couldn’t get them back in the car.” MacMurray and her husband, John, put in an offer the same day. 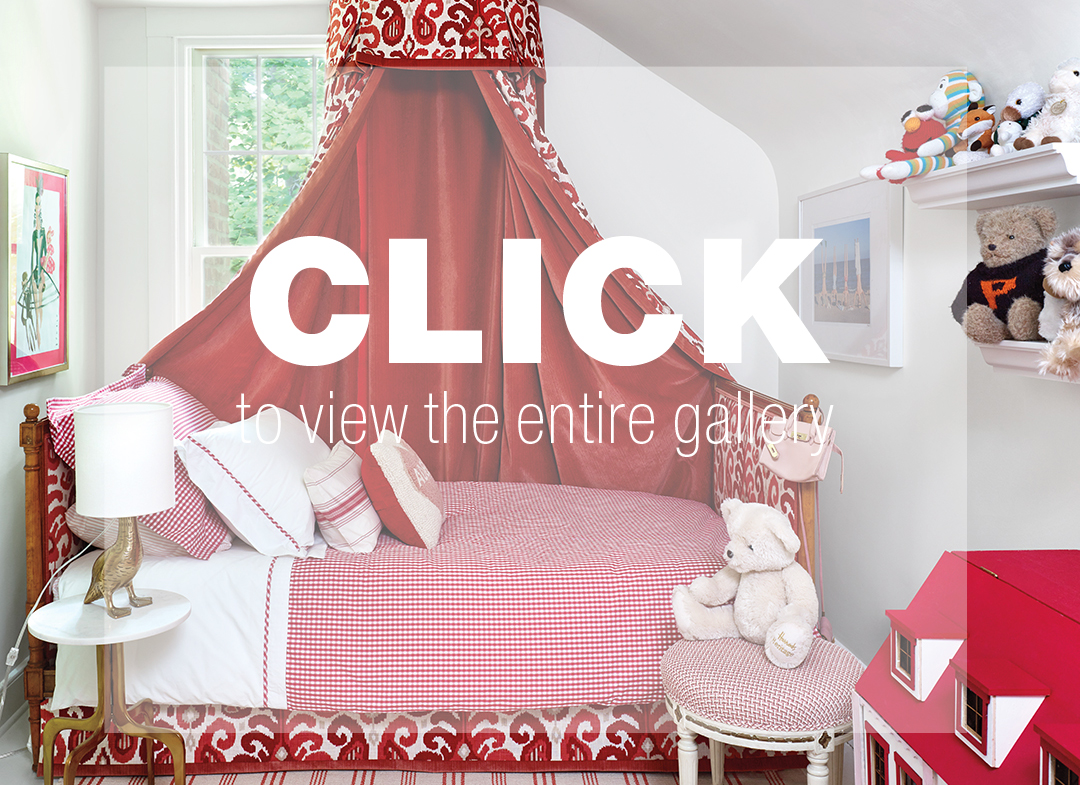 The 2,000-square-foot main residence, once part of a farm before being converted into an orchard house in the early 1900s, was unlike any dwelling MacMurray had seen in her 15-year-long career as a designer. Accustomed to creating airy, light-filled spaces, she was compelled to take a completely different tack: Enhance the cottage’s inherent warmth and charm. To maintain what she describes as the structure’s “cozy and petite” character, she opted not to raise the first floor’s low ceilings, or take down walls and expand the intimately sized rooms. She did remove plaster hiding wooden beams in the dining room, but to add texture and interest, not additional height. She also ripped out the second floor’s wall-to-wall carpeting to expose wood floors underneath, and left the mismatched farm doors to her children’s bedrooms intact. “We didn’t change anything that was original, or even the things that are quirky,” MacMurray says. “These unique features are what made me fall in love with the house.” In the kitchen, she added a period-appropriate diamond-patterned floor, a nod to her husband’s beloved childhood home. “He wanted us to have a house upstate, like he did as a kid, but that’s too far for us to travel on the weekends. Here, we’re just 30 miles from New York City, and yet the house feels like it could be upstate. I had that sentiment about it from the get-go.”

References to MacMurray’s own childhood, much of it spent abroad, appear in abundance. Before attending high school in Connecticut, the designer spent her formative years in Mexico, Colombia, and Sweden, where she immersed herself in each country’s design culture, observing craftspeople at work in Mexico and Colombia and frequenting auction houses in Sweden with her furniture-loving mother. “My upbringing has helped define the direction I take when choosing furniture,” she says, “especially in my own home.” She bought pairs of ornately carved gilt-wood mirrors for the dining room and 19th-century French demi-lune tables, the bases of which are inspired by dragon heads, for the living room—all because her mother owned similar pieces. And she occasionally surprised herself, such as when she decided to buy the bold red and blue Persian rugs that now grace many floors. “I remember shopping for Persians with my mother and swearing I would never use them in my own home—and look at me now!”

MacMurray acquired almost all the cottage’s furnishings over the course of a year, scouring antiques stores near and far, and even got her children, Mac and Adele, in on the fun. Mac spotted the rosewood campaign chest that now sits in his bedroom while he and MacMurray were shopping upstate in Hudson. And the designer sourced berry-colored fabrics for Adele’s canopy bed during a mother-daughter excursion to the D&D Building. Adele’s room also includes a Swedish dressing table, a piece MacMurray had helped her mother bid on when she was a mere 11 years old.

When MacMurray and her family are in residence, Manhattan seems light-years away from their nearly 200-year-old oasis in the country—even if it’s considered the suburbs today. “When we’re here, we don’t think about our busy lives in the city,” the designer says. “My son tells everyone he’s from Locust Valley, and even though my daughter insists that she prefers Manhattan, she’s always the first one in the car when we head out on Fridays.”

A version of this article appeared in the October 2018 issue of NYC&G (New York Cottages & Gardens) with the headline: Treasure Trove.