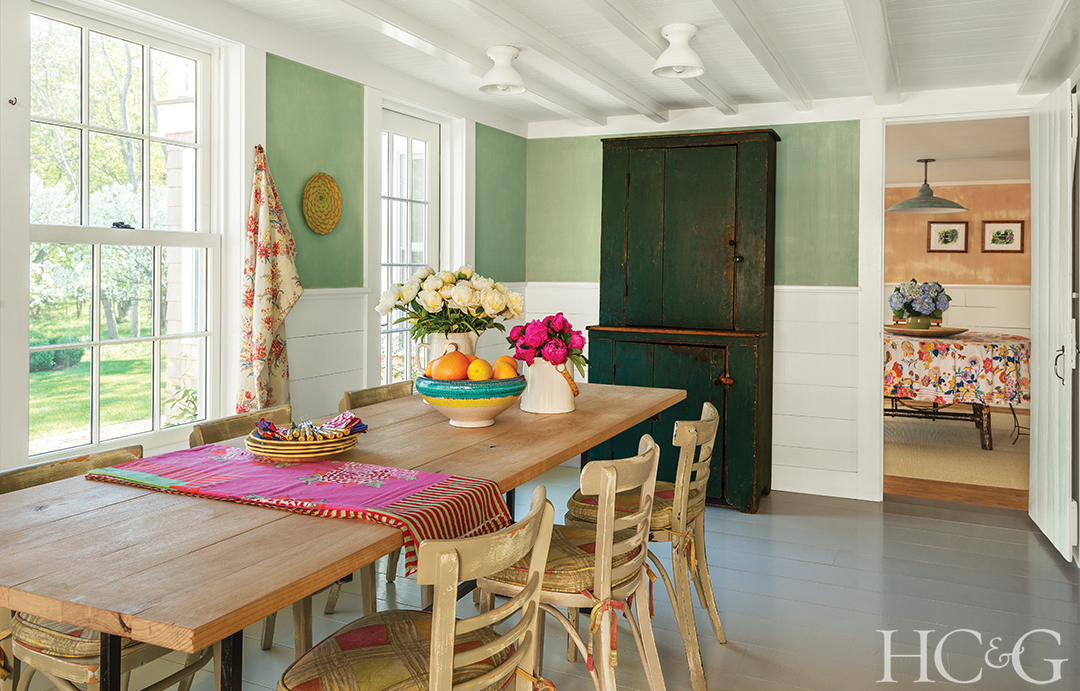 Not everyone can see the potential of a home that has suffered decades of neglect. Fortunately for Jesse Carrier and Mara Miller of Manhattan-based Carrier and Company Interiors, longtime clients took a leap of faith on an 1890s cottage in East Hampton and brought them along for the ride. Originally built as one of 20 staff houses that serviced a grand estate, the humble cottage—which the new owners, whose main residence is nearby, purchased as a guesthouse for extended family—was sporting a “really bad two-story rear addition that covered much of the original frame,” recounts Carrier. “At first, I thought, I can’t believe my clients bought this wreck! But I think they saw the charm in the original rooms.”

Those “original rooms,” untouched and brimming with period details, include the living room, the library, the master bedroom, and two small twin bedrooms tucked beneath the eaves. Carrier and Miller restored as much as they could, only reworking decidedly dysfunctional areas. A new eat-in kitchen replaced a rabbit warren of smaller spaces including laundry and powder rooms, a pantry, and a kitchen, while the front coat closet was transformed into a new powder room. The designers removed the rear addition and also added a smaller two-story extension that encompasses the sun porch and the master bath above it, being careful to use period-appropriate materials such as reclaimed knotty pine flooring and beadboard.

“Our mandate was to highlight the inherent charm, so everything we did in the newly created rooms was meant to mirror the quality and era of the original spaces,” says Carrier. “Of course, we took a few liberties, such as raising the ceiling height in the master bath to make it more livable.” In response to the absence of wall boards in the new rooms, the designers applied pigmented limed plaster. “Where that texture and life didn’t exist, we tried to make up for it with hand-applied finishes. There’s not a flat wall in the house.” 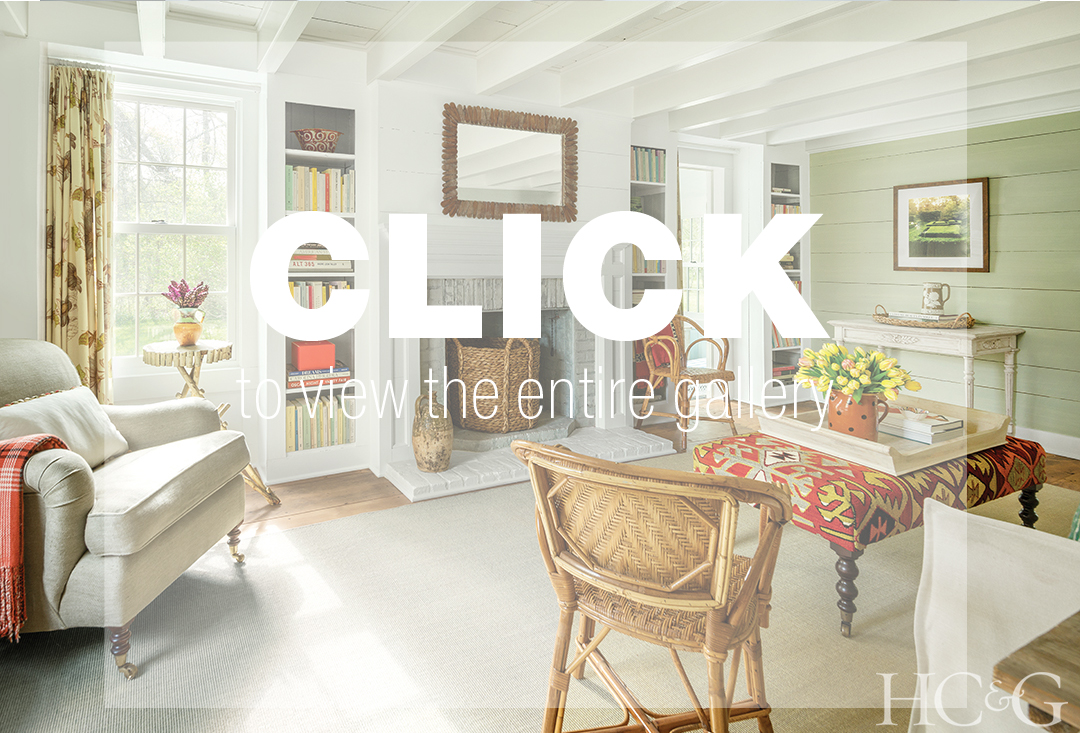 The close attention to materiality can be seen throughout the cottage, but it’s perhaps most apparent in the kitchen, where new blue cabinetry has been distressed to echo the master bath’s vanity, a chipped blue antique sideboard from Sweden. Additionally, the designers chose an enameled blue Viking range that blends in with the cabinetry, clad the refrigerator in simple wood doors with old iron pulls, and installed oak countertops with the idea that they would collect water rings over time and not look too perfect. “We wanted to stay away from granite, marble, and anything that looks obviously new,” says Carrier. Adds Miller, “It’s definitely not a high-pressure kitchen, where you feel like you need to turn out formal dinners. It’s refreshing to have everything you need and nothing you don’t.”

This aversion to perfection allowed both designers and clients to loosen up and have fun with the decor. “It’s not a place where every detail is going to be scrutinized on a daily basis, so it’s a little freer, fresher, and bolder,” says Carrier. From the sky-blue ceiling in the master bath to the sunny yellow powder room to the serene pale green living room to the muted floral fabrics throughout, the house’s painterly palette is “fresh and feminine,” says Miller, and a little English, adds Carrier. (The moody oxblood library is a respite “after you’ve had too much sun and need a dark, cool place to take a break,” he explains.) But the cottage is hardly kitschy, with furnishings that include an antique hutch from the estate of Bunny Mellon and a kilim-covered ottoman from George Smith. “It may be less refined, but it’s not less sophisticated,” says Miller. “As the Hamptons have gotten more exclusive, they’ve lost some of that summer delight as a beach community. This project is a throwback to a more nostalgic, sweeter time.”

A version of this article appeared in the June 2018 issue of HC&G (Hamptons Cottages & Gardens) with the headline: Country Charm.