Tour a Circa-1839 Greek Revival Decorated with History in Mind 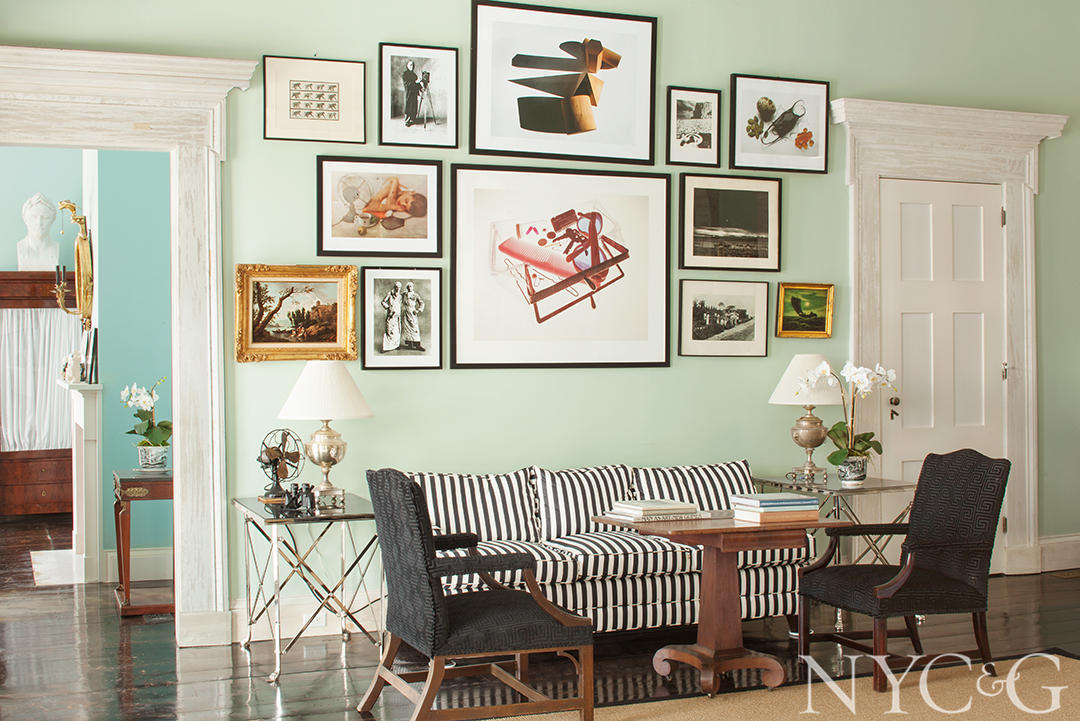 In a 1911 real estate ad, Lynn St. John’s circa-1839 Greek Revival in Columbia County was described as “one of the most beautiful country seats in the whole Upper Hudson Valley.” More than a century later, the sentiment still holds true of the harmoniously proportioned Palladian-style villa known as Crow Hill. Perched on a ridge overlooking 123 acres of property and boasting staggering vistas of the Catskill Mountains, it lends new meaning to the notion of a “bird’s-eye view.”

Margaret Rogers Whiting, an Irish émigré, and her husband, General Charles Whiting—their portraits, by the almost-forgotten folk-art genius Ammi Phillips, still hang in the living room—built Crow Hill two years into the presidency of Martin Van Buren, the nation’s eighth president and the first to be born under the American flag. As the, ahem, crow flies, Van Buren’s homestead, now a National Historic Site, lies just a few minutes down the road outside Kinderhook, which the Dutch are said to have named for a crook in a creek where children used to play on St. John’s land.

St. John, who spends most of his time in another historic New York village, Sag Harbor, happened upon the house when he was looking for an investment property after the 2008 financial crisis, when interest rates were appealingly low. Crow Hill got its name, he says, “because crows used to gather here in large quantities. What do you call a bunch of crows—a flock? A gaggle? No, a murder—a murder of crows!” He points to a stuffed bird positioned atop a cabinet of curiosities in his bedroom. “I keep my crow there,” he adds, “where he can caw at the moon.”

Literally: An orrery (a model solar system that includes Earth’s moon) sits next to the crow, and two late-19th-century moonlit seascapes painted by Albert Pinkham Ryder hang just a few feet away. Packed into the cabinet and elsewhere in the room are preserved bugs, skeletons, birdcages, and taxidermy critters, all of them an intentional nod to Thomas Jefferson. “He had a collection of animals and curiosities native to America,” St. John recounts, “and it seemed appropriate to have a similar one in this house, which itself bears the Palladian influence that Jefferson is responsible for introducing to this country. It reminds me of Monticello.” Even the birdcage-back Windsor chairs throughout the home are a Jeffersonian nod. “It was one of his favorite designs.” 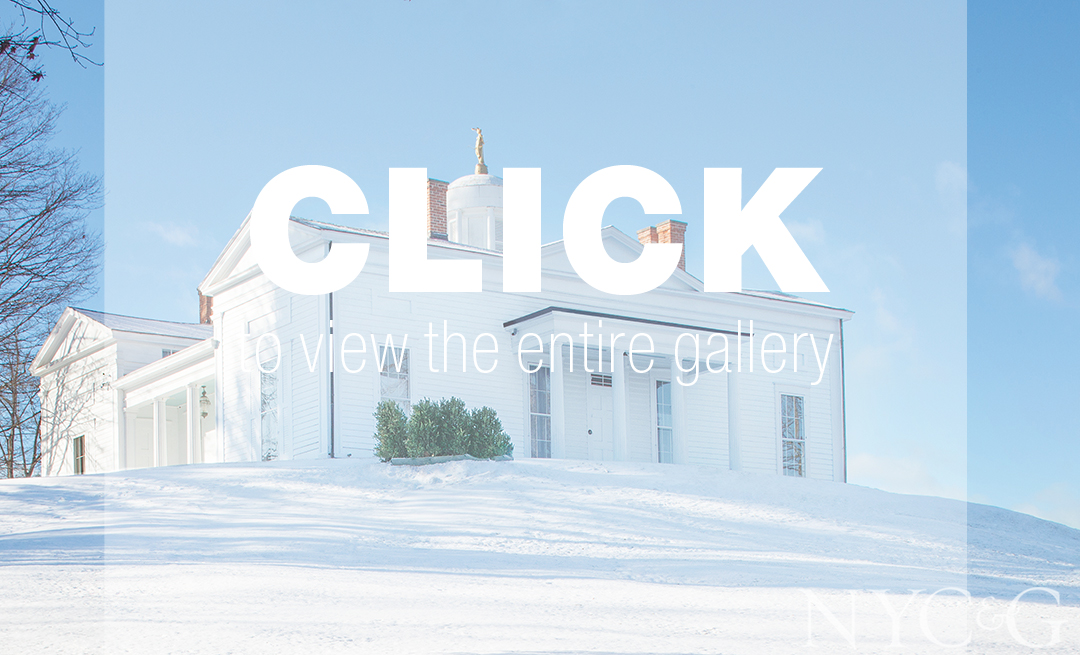 Despite his reverence for history, St. John is anything but old-fashioned. During the “Mad Men” era in New York City, he began a decades-long career as an advertising and editorial photographer, inspired early on by the “almost Impressionistic” 1949 Irving Penn photo Summer Sleep: A woman naps behind a fly-studded window screen, so crisply shot that the flies almost seem to be buzzing. “That image changed my life,” St. John says, “and made me decide to become a photographer. So, I came to New York from Detroit at 18 and was lucky enough to get a job with Penn for three years, and then I went out on my own.”

A print of that particular photo hangs on his living room wall, along with a bevy of other Penns and St. John’s own photos—blown-up still lifes of, for example, the clear plastic purse that saleswomen at Korvettes department store were made to carry to ensure they weren’t stealing. Works by other greats in the field—Ansel Adams, Bill Brandt, Eadweard Muybridge, and Francis Frith, who photographed the pyramids in the mid-1800s—appear throughout the house, alongside an eclectic array of pieces by St. John’s peers, such as two Cy Twombly collage prints that flank a screen covered in antique French wallpaper. “I was friends with [Robert] Rauschenberg and the whole group from Black Mountain,” he says, referencing the experimental North Carolina arts college that closed in 1957. (At one point, St. John inherited the Fulton Street studio apartment that Rauschenberg had shared with Twombly.) The fur throw on the bed in what St. John calls the Egyptian room (multiple busts of Nefertiti, walls painted “Nile blue”) was inspired by Horst’s famed photos of Twombly’s palazzo in Rome.

Statuary populates the rooms at Crow Hill in abundance. Diana, goddess of the hunt, is a bit of a theme, poised on a restored mantel relocated from the Hamptons and even topping off the house’s cupola. The rooftop Diana is merely, St. John says disparagingly, “a version of the Augustus Saint-Gaudens one, which is impossible to find.” In the living room, Hippomenes is captured in mid-throw of the golden apples he used to woo and wed the goddess Atalanta. “He’s standing on one foot, without a tree trunk or brace to hold him up. Achieving that kind of balance in a sculpture is an amazing accomplishment.” Additionally, a profusion of portrait busts makes Crow Hill look like an upstate satellite of the Met’s Carroll and Milton Petrie European Sculpture Court. “There’s George Washington in a Greek toga, George Washington in a military uniform, and even another one of him around here somewhere,” St. John says nonchalantly, “as well as Thomas Jefferson, a Napoleon, and the Marquis de Lafayette.”

Virtually everything in the house, in fact, has a historic reference point, even down to the cheeky stuffed red fox that holds court on a shelf in the kitchen. “There’s a long tradition of fox hunting in Columbia County,” St. John muses, “so it felt appropriate to have this fellow here.” The rebellious fox, seeming to smile slyly at having evaded the hounds, sits among a cascade of blue and white export china, “or what we call Canton. It was brought back as ballast on boats. I have it here because new patriots in this country wouldn’t want to eat off British porcelain. No self-respecting new American would.”

A version of this article appeared in the April 2018 issue of NYC&G (New York Cottages & Gardens) with the headline: Crow Hill.