Tour a Classic Colonial that Combines Historic and Modern Elements 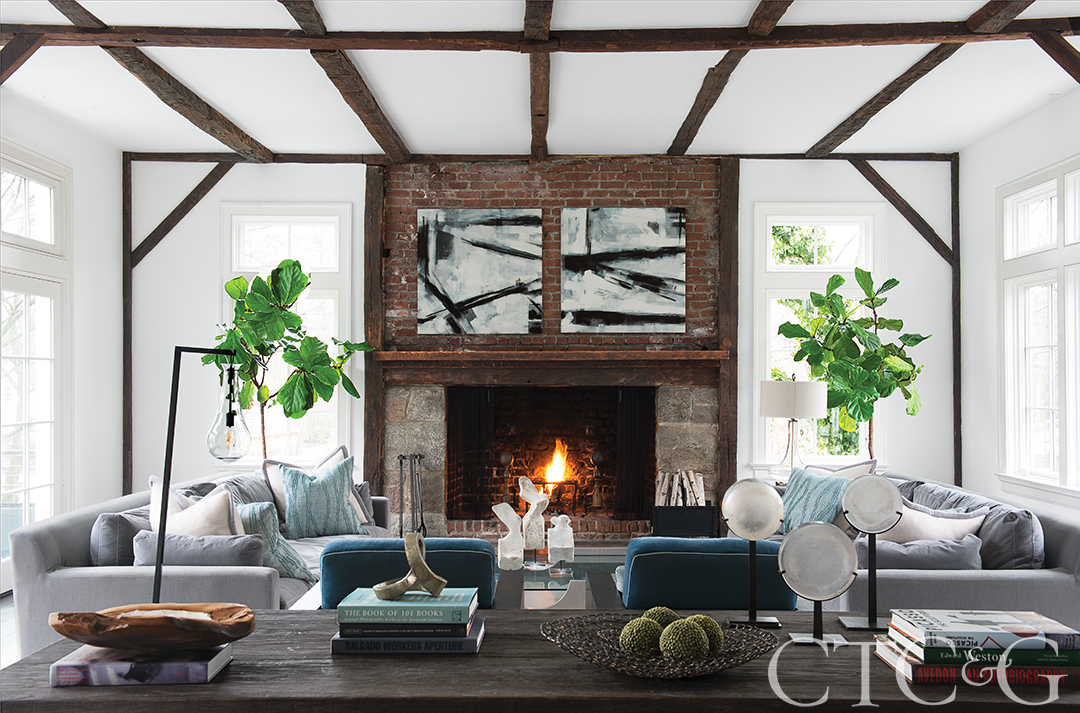 To the casual observer, the street face of a Darien residence with its shingle siding and rooftop dormers is textbook New England. That classic countenance was exactly the end goal Bo Malpass, head of the design/build firm Warrington Homes, had in mind when faced with the challenge of merging an early 19th-century barn with a sizeable extension to better meet the needs of a family of four relocating from California to Connecticut. “It was originally the barn for Waterbury Farm,” says Malpass about the two-story structure converted to the living room and family room of a home in 1820. “There was also an addition done in the 1960s that no longer worked. We took that down and removed everything not original to the barn before gutting the interior, and went from there.”

In concert with designer Sidney Marshman of Sidney Marshman Designs (the two often collaborate), a new kitchen, dining room and four bedrooms emerged on the northeast side of the house. Marshman, who has a background in landscape design, improved the rear of the property with the introduction of boxwoods, a privet hedge, espaliered apple trees, a refurbished pool and a bluestone patio. Meanwhile, Malpass further defined outdoor living spaces with steel beams and cable railings. About the latter, he says, “I like to mix modern and classic elements; I think they complement each other.” 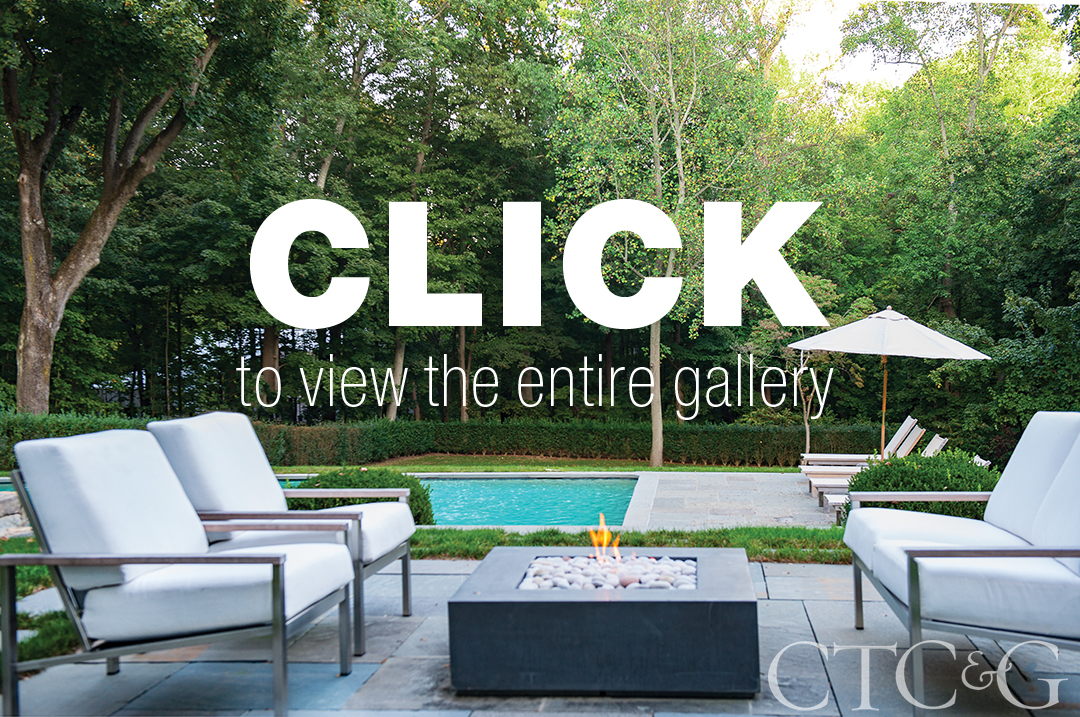 His mindful merging of old and new continues inside where the original post-and-beam construction evident in the living room is modulated with expanses of windows to improve the indoor/outdoor connection. “In the front hallway, we added antique beams to match the existing ones creating a separation between the entry and the living room,” adds Malpass, noting similar beams frame the lower-level family room where livestock once resided. A slick lacquered finish on the rolling doors that back the bar and light fixtures fashioned from industrial fans are complementary counterpoints.

Exposed brick and stone walls, most notably on the living and family room fireplaces and the back wall of the main level powder room, provide glimpses of the old architecture. And the clean lines of the staircase—a winning combination of antique oak treads and steel cables—bridge the decades.

Regardless of century, everyone gathers in the kitchen and this one was designed with light and entertaining in mind. “I’m known for my bright, sunny, cheerful kitchens and this one is no exception,” says Malpass, who punctuated the high ceilings with skylights to further coax natural light into the commodious space. Modern-leaning cabinets on the perimeter and Shaker doors elsewhere coupled with subway tiles, honed granite countertops, and antiqued oak on the center island strike a handsome balance. “We wanted an old chandelier in the kitchen to offset the clean lines,” says Marshman, referencing the crystal-dripping model above the island where Lucite bar stools are an unexpected contemporary tweak. About the latter, she adds, “I tried not to make things period correct.”

That philosophy is evident everywhere including the living room where a pair of sofas cloaked in soothing gray velvet face off across a similarly toned coffee table, while a shag rug welcomes bare feet. “I didn’t want to do white, which is so prevalent in Connecticut and, besides, gray is cozier,” says Marshman, noting everything including the pleasing neutral palette with hints of blue suits the casual style of the homeowners. “They are very stylish people, but they wear blue jeans for any occasion.”

Their lack of pretense made life easier for everyone. “The homeowners were so easy to work with and basically let us establish the direction,” adds Malpass. “We created a classic Colonial outside and modern clean lines with historic elements inside. The result is a home that feels current and flows well while embracing the textures of its origin.”

A version of this article appeared in the July issue of CTC&G (Connecticut Cottages & Gardens) with the headline: Mindful Merger.